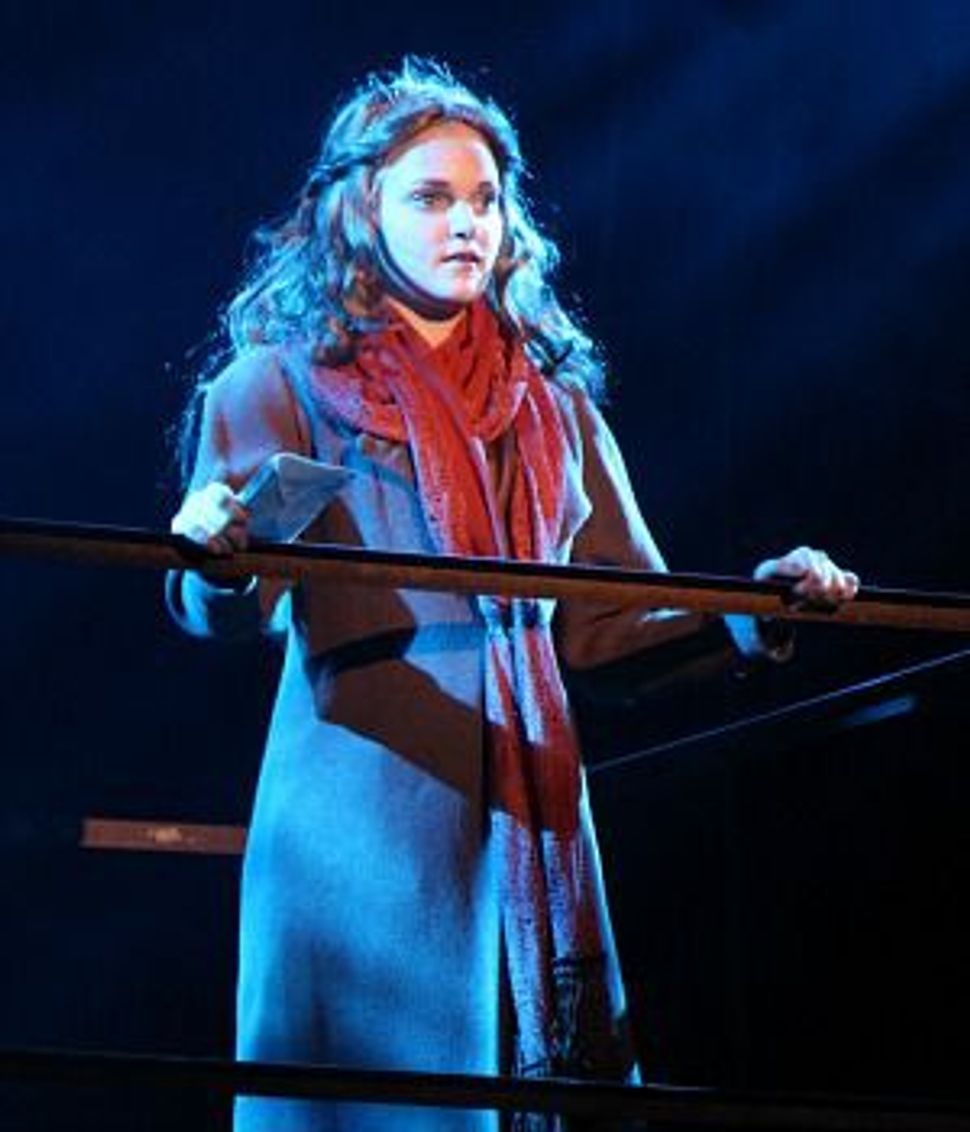 Image by courtesy of warner theater

There’s a lot more to the Statue of Liberty than stone, copper and a great view of New York Harbor.

As the new musical “Liberty” points out, it was living, breathing people – many of them Jewish – helped turn Lady Liberty into an iconic symbol of freedom.

She meets prominent people who help her along the ways, including a handful of Jews.

Joseph Pulitzer, the newspaper magnate, mobilizes the public to give to the construction of Liberty’s pedestal with his decision to print names of donors publicly. Emma Lazarus, the poet, pens the lines inscribed below Liberty’s feet that famously offer refuge to the “huddled masses.”

Many of the characters also wrestle with deeper issues of acceptance and identity. Lazarus, a Jew of Sephardic ancestry who’s become “naturalized” to American life, feels pressure to assimilate further to “uptown” society. Russian immigrant Olga Moscowitz scrapes by as a pushcart vendor in the city. Eventually, with Liberty’s help, Lazarus comes to terms with who she is, giving Liberty the book she holds as a gift.

The musical opened last weekend at the Warner Theater in Torrington, Conn., and runs there through July 14.

The characters’ struggle to define an American Jewish identity is a complex one and the storyline developed gradually. “They started as caricatures,” says Jon Goldstein, 42, who composed the show’s music. What began as a “happy little play” for children turned into a “fleshed-out, stronger show” when producer Theresa Wozunk came on board in 2008. With the help of a new team, the Goldsteins reshaped “Liberty” into a sweeping story of the American immigrant experience.

It’s a narrative that Dana Goldstein, 48, the playwright and lyricist of the duo, finds relevant both historically and personally. “I’ve always been in awe of people who have the courage to leave comfort for the sake of the next generation,” Dana Goldstein says. “The statue symbolizes the best of what America is.”

The immigrant story definitely hits close to home. The Goldsteins’ father was brought to the U.S. as a child from Poland by way of pre-Worlld War II Palestine. The two siblings found creative partners in each other early on, performing their first plays in their parents’ basement. But growing up in Manhasset, L.I., in a neighborhood with few Jewish families, Jon says the question of “fitting in” was always looming — a theme that carries over from childhood productions to the story of Liberty and Emma Lazarus on a bigger stage.

“Liberty” is the ultimately an inspirational tale of a country that Dana Goldstein calls the “polyglot like no other place.”

And Jewish identity and Jewish characters are truly the cornerstones of both the story and the statue.

“Who’s to say what would have happened if Joseph Pulitzer hadn’t supported her and Emma Lazarus hadn’t branded her base?” Wozunk said. “We might not have that icon.”