Where Jew and Mohawk Meet 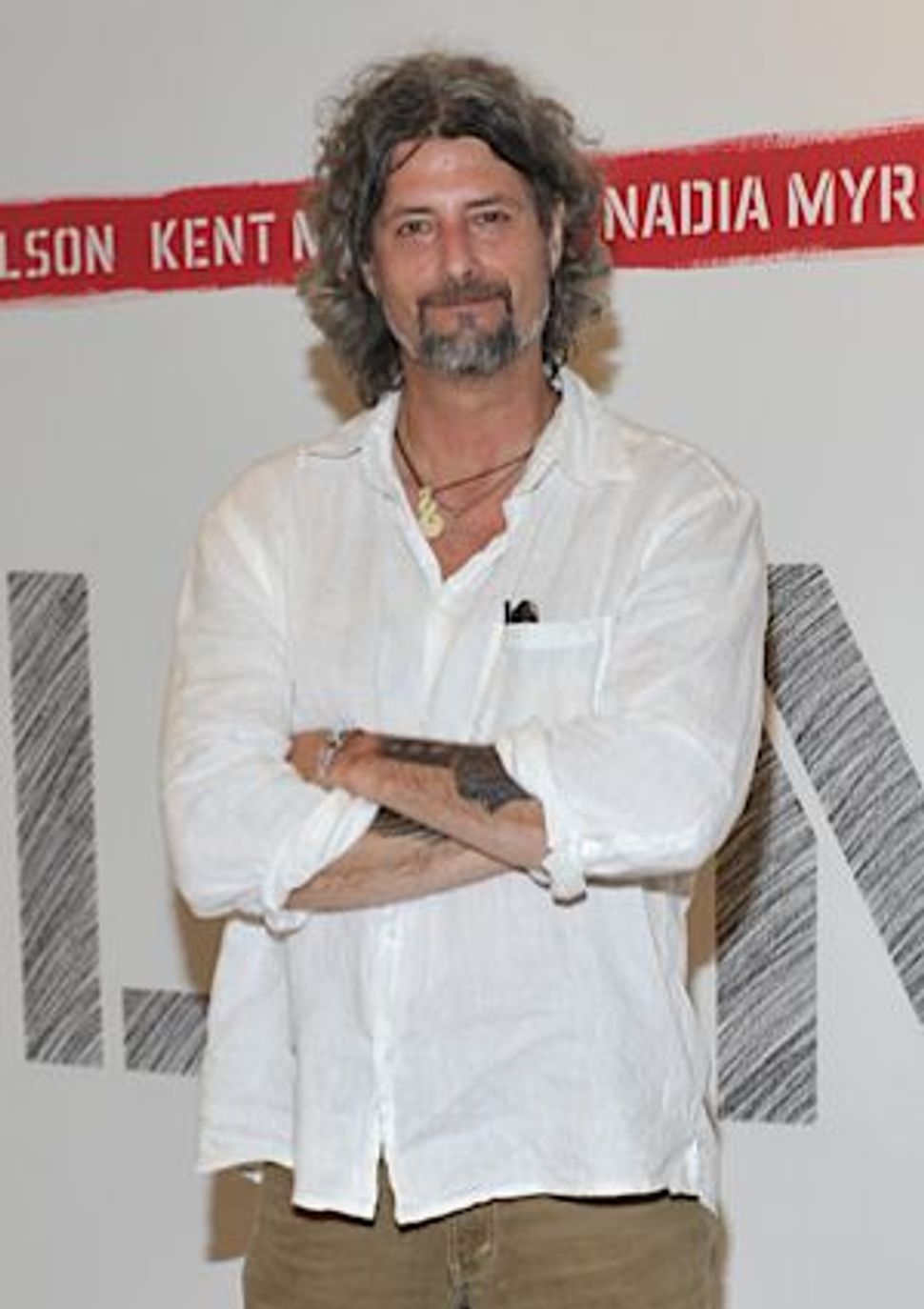 Image by Courtesy of TIFF

For “Home on Native Land,” a beautifully presented show of provocative new work by Indigenous and Aboriginal artists at Toronto’s Bell Lightbox cultural center, curator Steven Loft channeled his Mohawk heritage. But the exhibit’s dominant themes — home, roots, historical injustice — might also speak to Loft’s Jewish identity. Aboriginal on his father’s side, Loft is the son of a Jewish mother whose parents escaped Germany before the Holocaust. By day, Loft is a Trudeau National Visiting Fellow at Ryerson University in Toronto, where he researches Indigenous art and aesthetics; until 2009, he was the Curator-In-Residence of Indigenous Art at the National Gallery of Canada, in Ottawa. He talked to The Arty Semite about the intersections of Jewish and Aboriginal culture, First Nations art and how his parents met.

Michael Kaminer: First of all, can you talk about your background? Even in New York, we don’t often meet Mohawk Jews.

Steven Loft: My mom was a bit of a rebel, and was a bit of a handful for my grandparents. At 16, she met a dashing young man at a local dance. His name was Howard Loft, and he was a Mohawk, living in Hamilton [Ontario], but originally from the nearby Six Nations Reserve. I was born the following year.

Did each side of your family accept the other? Did the Jews embrace the Mohawk, and vice-versa?

Because my father left when I was so young, we really had no contact with my Mohawk family after that. My mother completely supported my exploration of my Mohawk heritage and encouraged me to reconnect with the Loft family and meet my father. I was able to really feel connected to that part of my heritage, having not grown up with it. I began to understand (intellectually and personally) what it was to be an Aboriginal person in Canada — the issues, the history, the social dynamics and the destructiveness of colonialism.

Some of the themes in “Home on Native Land” seem to have particular resonance for Jews, especially notions of home and roots. Is it fair to look for parallels?

Absolutely. Notions of home, place and sovereignty figure prominently for Aboriginal people and Jews. In many ways there are many historical parallels to the struggles, oppression and attempted genocide of both peoples. When I talk to Jewish people about the history of colonialism in this country they are generally astounded at the violence committed against Aboriginal people in this country (and others) and, of course, can relate it to Jewish struggles around the world.

Jews have always responded to a tragic history with humor and a kind of sweet melancholy. How would you characterize First Nations’ response to tragedy and historical injustice?

Again, very similar. There is rage and anger, but it is often related through humor. It is often an edgy humor, challenging and “in your face” — but, I don’t think, pedantic. I think it is similar for other oppressed people, although with its own particular aesthetic and intellectual qualities.

There’s a striking piece in the show featuring a cowboy nailed to a lit-up crucifix that floats through space. What kinds of reactions are you getting to the more provocative work in “Home on Native Land”?

We are getting very good responses. There has been a great deal of change in Canada over the last couple of decades as people become more aware of Aboriginal issues and history, and this has helped the dialogue around these issues. Aboriginal art, too, has been seen more within our mainstream institutions over the last 20 to 30 years, and art has become an access point to create dialogues around these issues. Works like the one you mentioned don’t evoke the same kind of contentious response they might have before, and generally people are more interested in the meanings behind them, and the realities that are behind them.

In Canada, were there historic or cultural intersections between Jews and First Nations people?

Not that I am aware of… unfortunately. Because the issues of Aboriginal people had been so successfully muted, repressed and ignored by Canadian governments, the awareness level among Canadians of the issues, histories and realities of Aboriginal people were not well known or regarded. This too, is a colonial strategy, and one intended to negate any large-scale movement for change. I think had Jewish people in Canada been more aware of what was really going on, there could have been many strategic alliances within the communities, but as it is, there is still much misinformation — and some distrust — among them.

Where Jew and Mohawk Meet