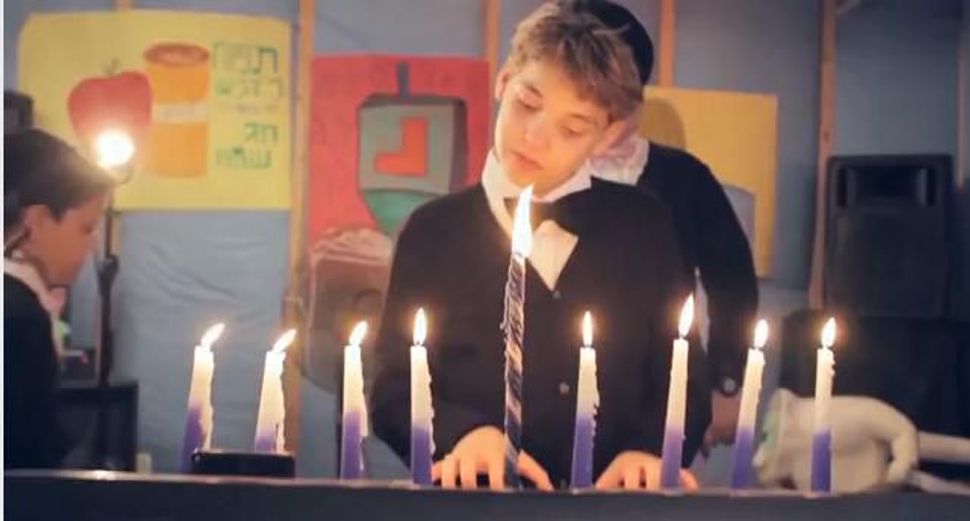 Among the 34,000 YouTube covers of Justin Bieber’s hit single “Baby” — including one by the original crooner himself, “Baby, baby, Haiti”, to show support for the Help Haiti Telethon — is a ridiculously adorable (and adorably ridiculous) cover called “Rabbi.” by a group called Shepsalach.

Shepsalach, which means sheep in Yiddish, is a baby-faced trio armed with only the requisite shaggy haircut, a candle adorned keyboard and a shofar. The group was put together by Yuval Nobelman, a film student and television writer shooting a comedy about a Jewish Orthodox boy band.

On the film’s fundraising page, Nobelman explains the idea behind the film:

Growing up, I wanted to be the lead in a boy band like many other children. Unfortunally, I never got to be one. I started writing the script for “The Shepsalach” about a year ago with my brother Dror. This short film, is a comedy, a biography, a little boys’ dream.

The Israel-based crew wants to show the “lighter and funnier side of orthodox Jewish life” and is still trying to raise $2,500 to realize the project. A $50 donation gets you a surprise gift: band poster, signed dreidel, etc. It’s a hilarious little parody — and fits right in with the recent rash of Jewish Biebers, like Edon Pinchot of America’s Got Talent.