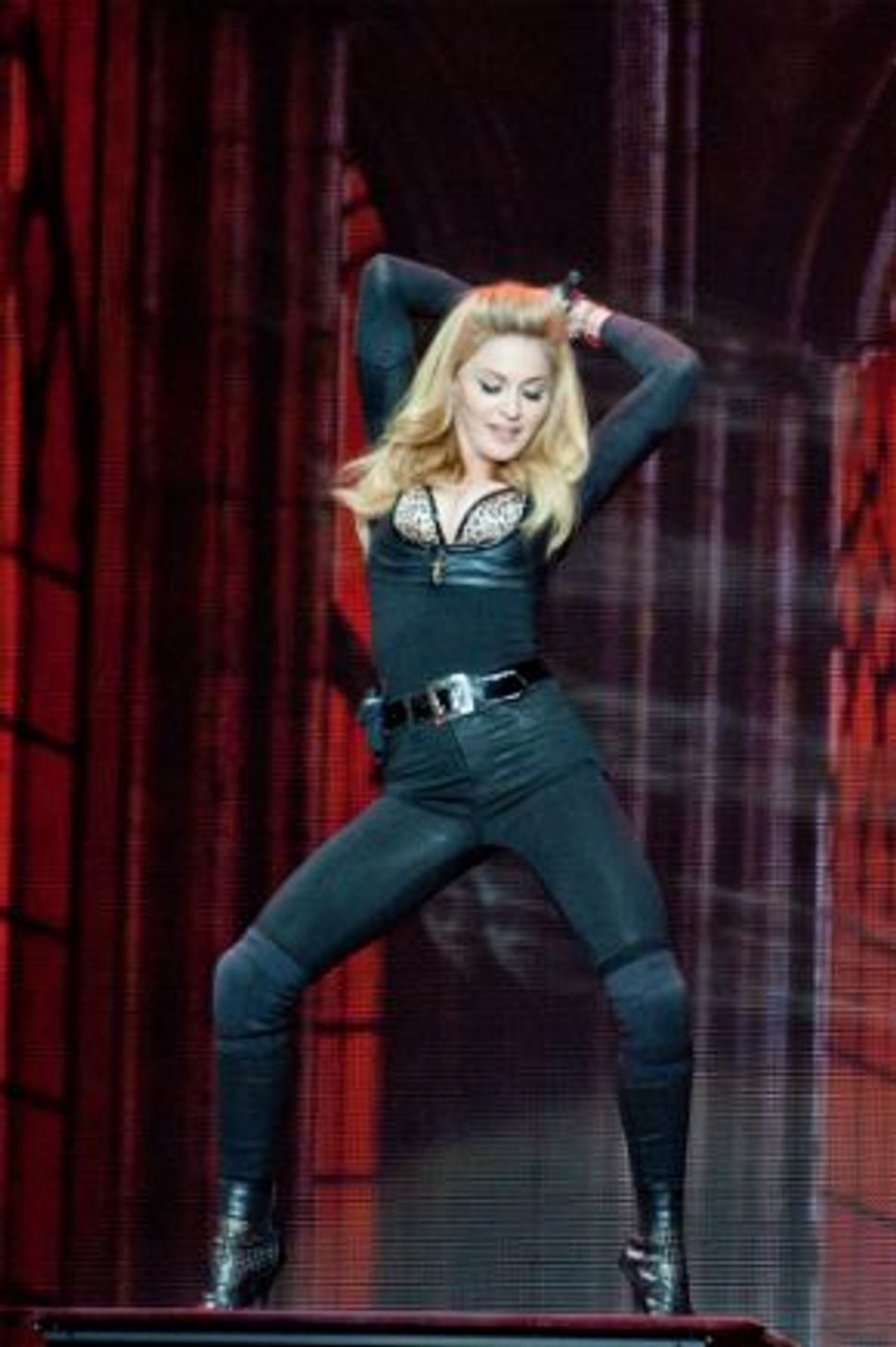 Did Madonna “express herself” too much?

The BBC reports that France’s right-wing National Front party is suing the superstar “after an image at the US singer’s Paris concert showed party leader Marine Le Pen with a swastika imposed on her face.”

The image, in a video accompanying the song Nobody Knows Me, was followed by another resembling Adolf Hitler as Madonna was performing at the Stade de France in a Paris suburb on Saturday. National Front vice-president Florian Philippot told the BBC the party could not accept “such an odious comparison… This is just another provocation in Madonna’s world tour so that people will talk about her. Marine Le Pen will defend not only her own honor but her supporters’ and the millions of National Front voters.” Philippot said a lawsuit would be filed this week.

Billboard reported that Madonna had screened the footage at the Tel Aviv stop of her 30-nation MDNA tour in late May. The National Front “spoke out against the music star, but chose not to pursue her in court, threatening only that if she brought the video to France, there would be trouble.” Le Pen warned at the time that “If she does that in France, we’ll be waiting for her,” Billboard said.

Le Pen’s party is having a litigious year. In June, it sued philosopher Bernard-Henri Levy for libel after he implied Le Pen may bear some blame for attacks against French Jews, JTA reported.