Conflict Condoms Turn Up the Heat 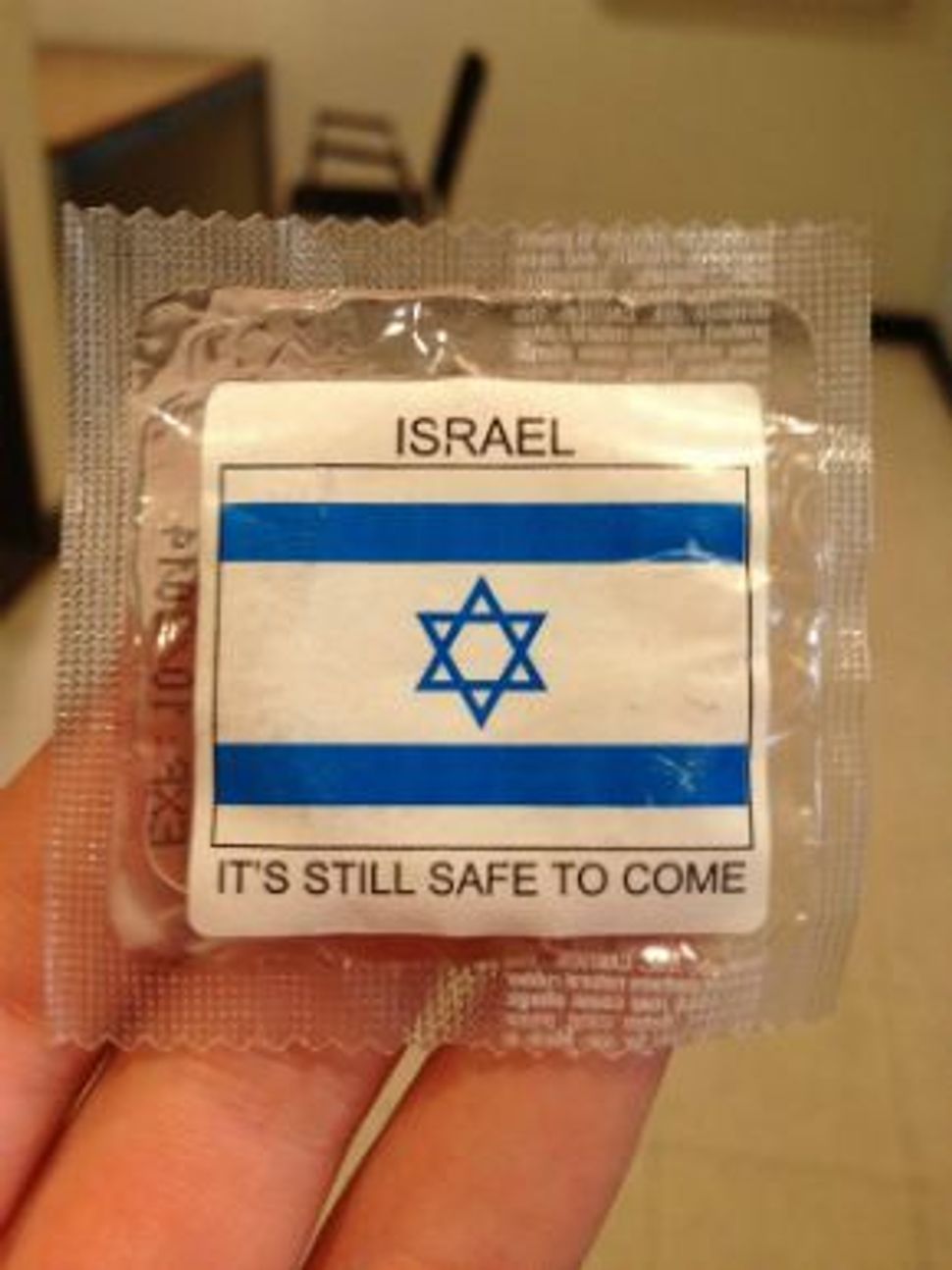 Over the past decade, pro-Israel campaigns have internationally turned up the heat, by printing pro-Israel messages on widely distributed…condoms.

The unambiguous mix of sex and sightseeing first began in 2003, at the behest of the University of California — San Diego’s Inside Israel Initiative. The campaign, funded by the campus Hillel, aimed to promote Israel’s unique gender equality record through the dissemination of condoms branded with the slogan “Israel: its still safe to come.” T-shirts with condoms waving Israeli flags were featured as well.

Since their conception in 2003, the propaganda prophylactics have popped up on college campuses around the globe — each with their own creative twist.

Condoms handed out by the Australian Union of Jewish Students entreated others to “Never Forget Your First Time” and “Stand Tall and Firm With Israel”. Student groups at The University of Pittsburgh printed rubbers declaring “Israel: Its all about protection.” Canada’s University of Calgary Hillel promoted an event that featured “Size Doesn’t Matter” condoms alongside falafel and pita.

Even the Israel Tourist Ministry has jumped on the trend, by manufacturing a “Come and Visit Tel Aviv” condom, which was disseminated at a 2009 tourist gala in London. Unfortunately, some well-intentioned husbands didn’t realize what it exactly was that they were bringing home in their packaged goodie bags.

“Some thought they were beauty supplies and brought them home to their wives. They were appalled when they opened the package,” said an official at the London event.

Most recently, the condoms were picked up by buzzfeed, a popular content aggregation website, with the caption ‘Israel Tourism Done Right’.

And while we all know the old adage that sex sells (as the CFJA’s Size Doesn’t Matter campaign makes explicit) the Shmooze can’t quite get a handle on how we feel about these dang Israeli conflict condoms.

Conflict Condoms Turn Up the Heat