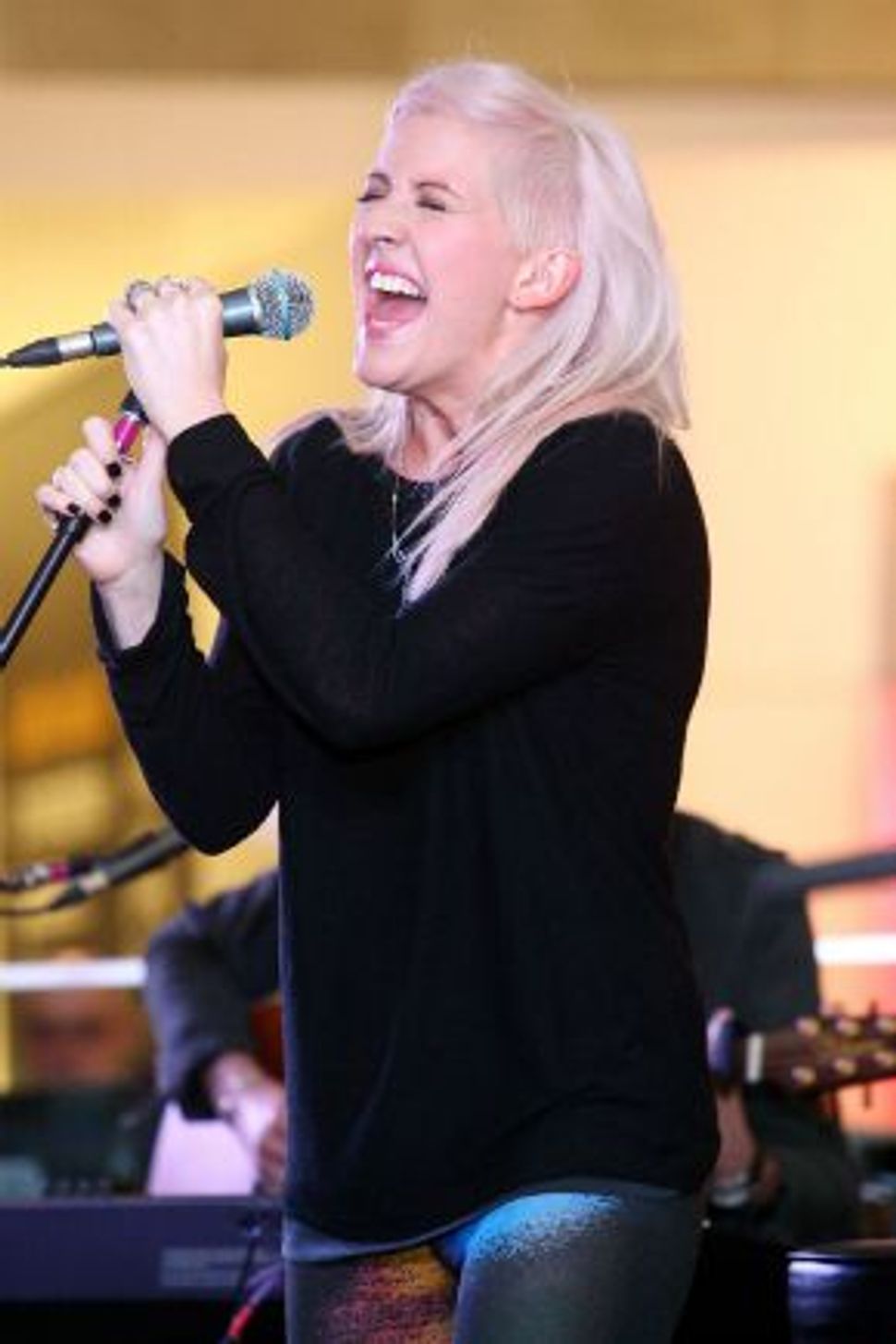 When Prince William got married last year, the dependable yente mill immediately broke into action, trying to find out whether the woman under the altar was a member of the Tribe. Well, it turns out she isn’t (as confirmed by JeworNotJew.com), but the woman who sang at the wedding is. Ellie Goulding, British singer and song-writer, is, in fact, a Jew (put that in your song, Adam Sandler).

Goulding sang her moving cover of Elton John’s “Your Song” at the royal wedding for the first dance (with Mr. John in attendance — quite a bold move on this young blonde’s part), but this is in no way her only claim to fame. Her cover of that song, which she also performed at the 2011 Nobel Peace Prize Concert, had previously reached Number 2 on the U.K. Singles chart, and her album “Lights” reached Number 1 on the U.K. Album chart; that album’s title song reached Number 5 on the Billboard 100 in the U.S. this past week.

Having now toured the States for the first time, Goulding is ready for her next big step: Her second album will be released later this year, the name and date of which have yet to be announced. Back in the U.K., Goulding seems to have gone off the radar a bit as she focuses her attention on the U.S., but she remains to only artist aside from Adele to both top the BBC’s annual Sound of… poll and win the Critics’ Choice Award at the Brit Awards in the same year.

Known for her blonde hair (which seems to get blonder with time; to be generous we’ll simply ascribe it to more time in the sun) and her athletic prowess (Ellie runs about six miles a day and has trained for a marathon in addition to her impressive singing career), this star may not look Jewish. But her yiddishe neshama is there nonetheless.