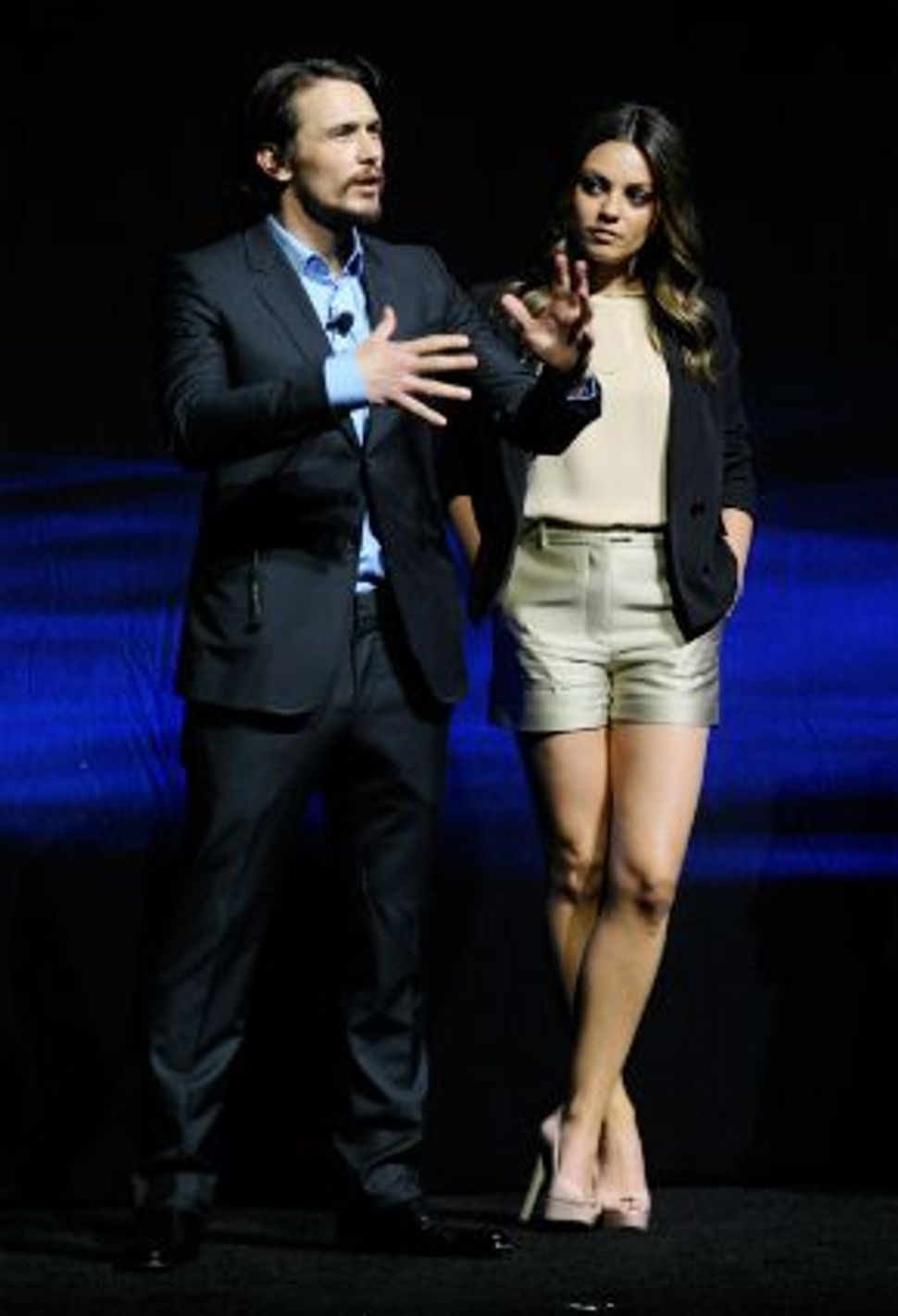 Franco and Kunis in April Image by Getty Images

When Mila Kunis was 12, she auditioned for a part in a movie about a Russian Jew. She didn’t get the part because they didn’t think she looked Russian or Jewish enough. “Mind you, I am both Russian and Jewish,” Kunis points out to James Franco in a recent interview for Interview magazine.

A chat between Jewish heartthrob James Franco and exotic beauty Mila Kunis: What could be more appealing? If a rabbi had been in that room, he probably would have married the two on the spot, in the name of Kiddush Hashem.

Kunis discusses her acting career, which began at age 9 — “It was a Barbie commercial. That’s how it started” — leading up to this summer’s hilarious comedy, “Ted,” which Kunis describes as “poop and fart jokes, but it has some heart.” In other words: a hit.

When she was growing up, it turns out, Kunis’s parents played the classic Jewish immigrant parent unit: “They were like, ‘Listen, you can do this, but you have to stay in school and get straight As.’” That sounds familiar.

The secret to Kunis’s success? “I have no shame,” she states proudly. Her status as one of America’s 50 most beautiful women probably doesn’t hurt. Although, to hear her tell it, she had a hard time with the guys when she was younger; she wasn’t popular, “because in real life, I don’t wear push-up bras.” Oh, yeah. Poor Mila. Perhaps hooking up with Justin Timberlake in “Friends with Benefits” or acting with James Franco has helped soothe that pain.