Daniel Radcliffe Gets His Own Rom-Com 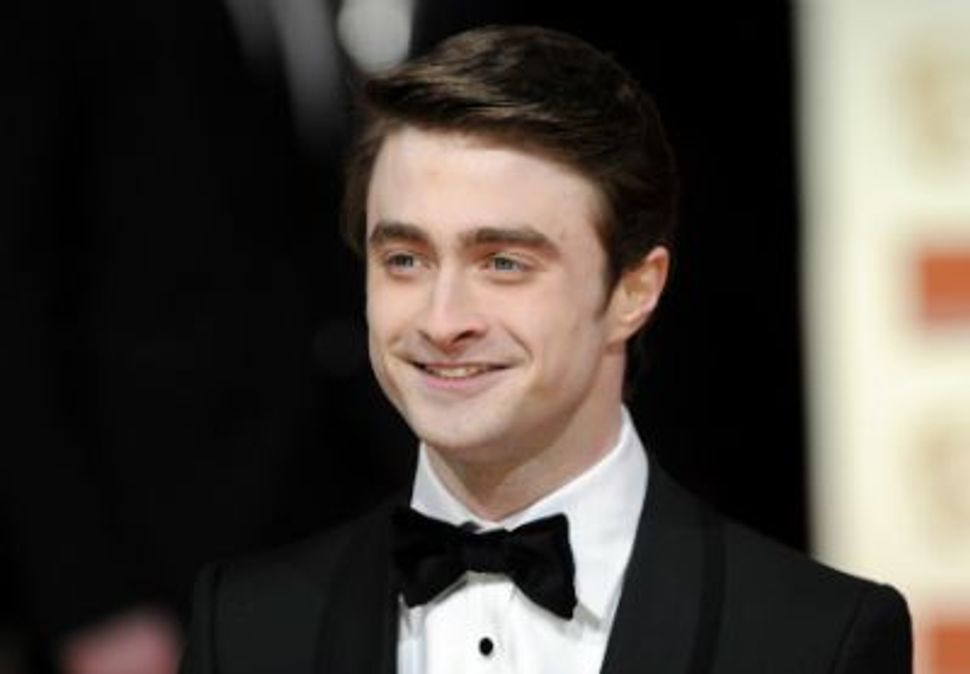 He knows how to succeed in business without really trying — but what about a platonic relationship?

Daniel Radcliffe, melter of muggle hearts worldwide, has just been cast as the lead, along side co-star Zoe Kazan (jury’s still out on her tribal status), in “The F Word,” an indie romantic comedy about two 20-somethings trying to keep it in friend zone. (Yes, that is F for F-r-i-e-n-d-s-h-i-p.)

The film brings together a whole cast of (Jew-ish) characters, with a script written by Elan Mastai, production by David Gross and direction from Michael Dowse, of “Goon” fame.

As for Radcliffe — this film choice is clearly the next move in his plan to take over more than just the wizarding world. In just the last year alone, we’ve seen Radcliffe as a ghost-crazed lawyer in “Woman In Black,” a suspenders-clad dancing businessman in Broadway’s “How to Succeed In Business Without Really Trying” and angel-headed hipster Allen Ginsburg in “Kill Your Darlings.”

And though the pitch-plot of “The F-word” sounds dangerously like any old fall-in-love-with-your-best-friend rom-com, the script was featured on the 2008 Black List of best unproduced scripts, and is based on a play with the intriguing title “Toothpaste and Cigars.” (We picture Sunday mornings in bed and exotic Cuban dancers, both of which would make for an interesting movie.)

The flick’s filming is set to begin on August 15th in Toronto.

Daniel Radcliffe Gets His Own Rom-Com