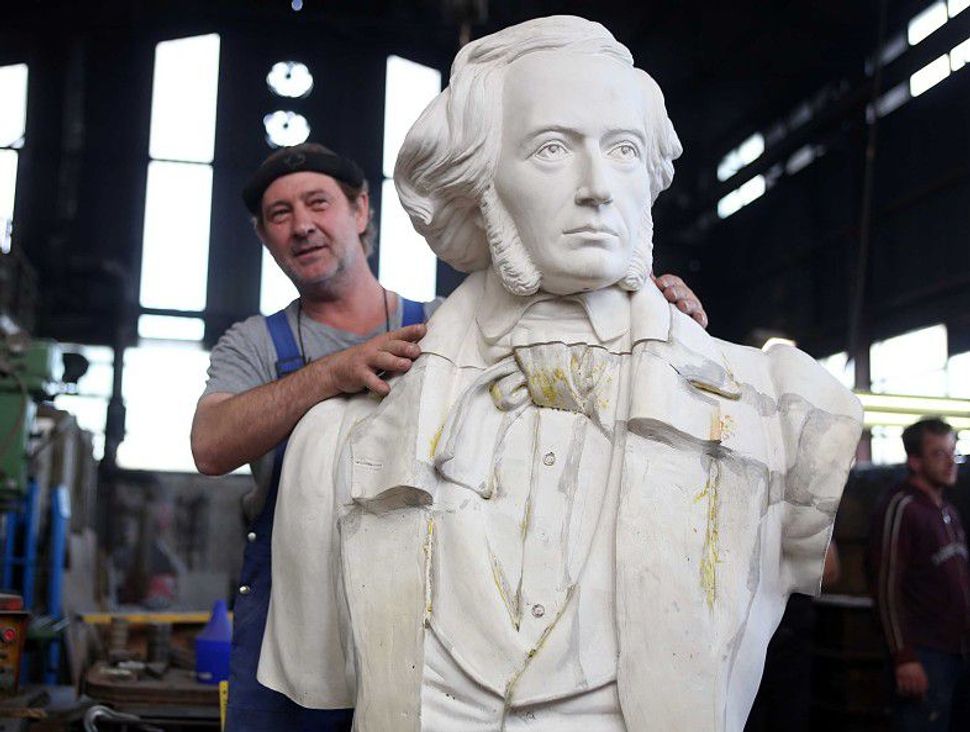 It may have taken 76 years, and they missed the composer’s bicentenary by three years, but Düsseldorf is finally about to replace the bronze statue of Felix Mendelssohn that the Nazis tore down in 1936 and later used for scrap metal. The recreated statue is to be re-installed September 27, at the entrance to the garden courtyard on the left of the city’s opera house. 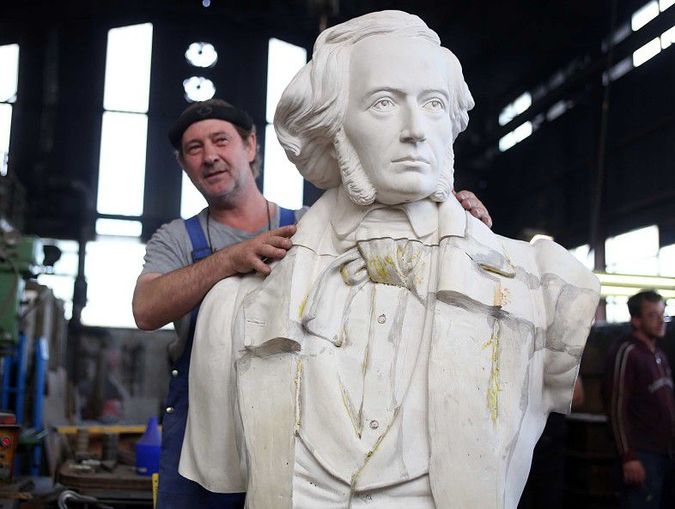 Mendelssohn was the much-loved music director in Düsseldorf from 1833 to1835, his first paid position. He launched his tenure there, and also the revival of the music of Handel, with a performance of the oratorio “Israel in Egypt.” (Handel had been almost entirely forgotten in Germany at the time, except by scholars.) The original statue of Mendelssohn, sculpted by Clemens Buscher (1855-1916), had stood prominently in front of the opera house.

The 150,000 Euro reconstruction was paid for by private contributions from over 200 Düsseldorfers, after a campaign chaired by city’s mayor, Dirk Elbers. A representative of the committee, Bernd Dieckmann, was quoted in the press as saying, “It is long overdue, to restore Mendelssohn to his rightful place of honor in Düsseldorf. This barbaric act left a painful empty space in our city, which had not been filled.” Reconstructing the statue required working from only a few problematic photos in which the monument had an iron chain around its neck and a broken left arm. But the original plaster model had miraculously been preserved in the city’s museum.

Mendelssohn left Düsseldorf when he took over the music directorship of Leipzig — a post he held until his early death in 1847 at age 38. Leipzig’s musical culture was so completely transformed by Mendelssohn that the city still bears his imprint, even after all of these years and in spite of Nazi efforts to efface his memory. It was largely due to Mendelssohn that the works of his then-forgotten Leipzig predecessor, Johann Sebastian Bach, were revived and his remaining manuscripts preserved. The gigantic monument to Mendelssohn in Leipzig was also destroyed by Nazis in 1936, although in this case it was in defiance of orders of the mayor, Carl Friedrich Goerdeler, who resigned in protest. Conductor Kurt Masur later worked tirelessly to rehabilitate Mendelssohn to his rightful place of honor in Leipzig, and also to replace Leipzig’s bronze and stone monument, which was finally recreated and rededicated four years ago (although not in its original location).

The re-installation ceremony in Düssledorf on September 27th will be celebrated with speeches and an all-Mendelssohn concert, including his “Lord, Hear My Prayer” for soprano, chorus and orchestra, as well as his Violin Concerto and “Italian” Symphony Nr. 4.