Should Israelis Cancel Trips to Bulgaria? 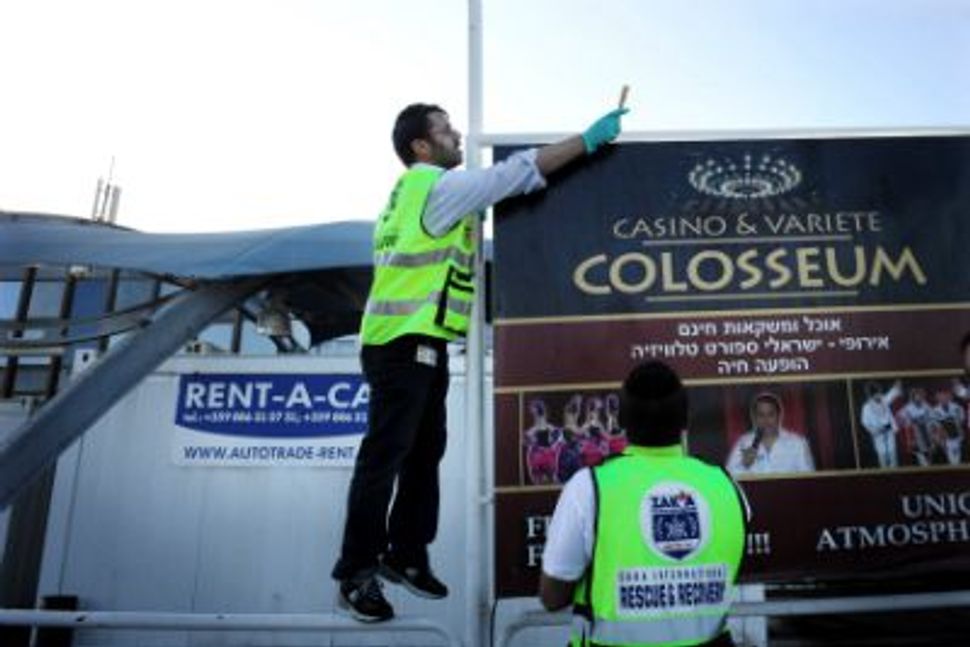 A member of the Israeli rescue and recovery squad collects evidence during investigations at the Airport in Burgas where a suicide blast targeting Israelis took place. Image by Getty Images

The tragic attack in Bulgaria has united Israelis in shock and mourning. But some are also left asking a rather mundane question — who pays for the knock-on effects?

The Hebrew media reports that in the main Israelis with travel plans for Bulgaria are continuing to travel. But inevitably, some want to cancel.

Travel agents point out that there isn’t actually any Israeli travel advisory against going there, and claiming that customers who want to cancel are making a personal decision and are still bound by all the normal cancellation fees. For example, Ynet reports on a group of young travelers who have been saving for a trip to Bulgaria, working hard for many months, who are miserable that they will still have to pay 50% of their cost if they cancel. They had booked with Issta, one of the largest operators to Bulgaria, which responded that it had shown “great understanding” in trying to change holidays and absorbed a large cost, but argued that isn’t under an obligation to do so in all cases.

But travel experts predict that most people will decide in the end to travel, nervousness about Bulgaria will be short-lived, and bargain booze will quickly get young Israelis happily making bookings for its resorts again. “Israelis will return to Burgas, especially the young,” Yossi Fattal, the director of Israel’s Tourist and Travel Agents Association, told the Israeli publication Globes “The younger the audience, the less sensitive it is to warnings, and Burgas is a destination for the young: the beach parties, the booze, cheap accommodations, and everything that the young look for.”

He gave the example of Sinai, which despite travel warnings is a remains destination. “We’re a nation with thousands of years of history, but the memory of a single day,” he said. “Look at Sinai, for example. Although there are countless travel warnings about the peninsula, thousands of Israelis vacation there every year.”

Should Israelis Cancel Trips to Bulgaria?