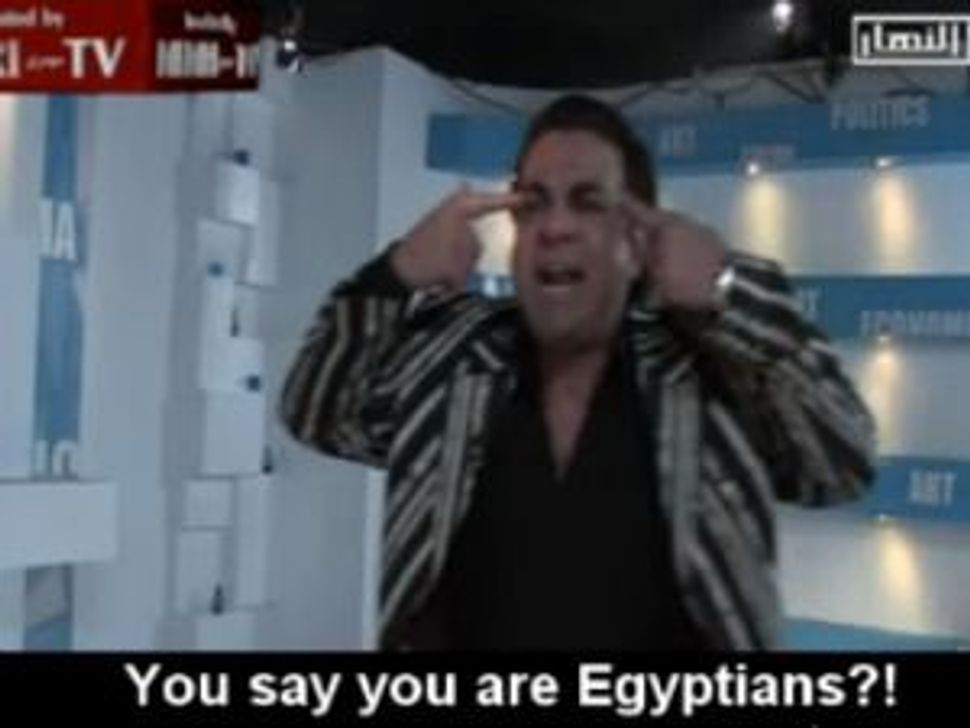 Image by courtesy of memri

Egyptian actors on a hidden camera television show reacted violently upon being told they were being aired on an Israeli TV channel.

In one show, Egyptian artist Ayman Kandeel attacks the producer, who had identified himself as Israeli, and slaps the host, causing her to fall to the floor.

Realizing he has been pranked, Kandeel tells the host that she brought it on herself and offers to rub lotion on her back where she has been hurt.

Actor Mahmoud Abd Al-Ghaffar also reacts violently, pulling a producer by his hair and fighting with other staff members.

“If you weren’t a girl, the moment you told me you were Jewish … I hate the Jews to death,” he said.

“We are all Egyptian. Long live Egypt,” the show’s host says.

In another episode, Egyptian actress Mayar Al-Beblawi calls all Israelis whiners and complains that all they do is “continue to cry over the Holocaust, or whatever they call it.”

The show’s host later praises the actors, saying “I didn’t know there could be such patriotism, but it exists in every Egyptian who breathes the air of this country.”