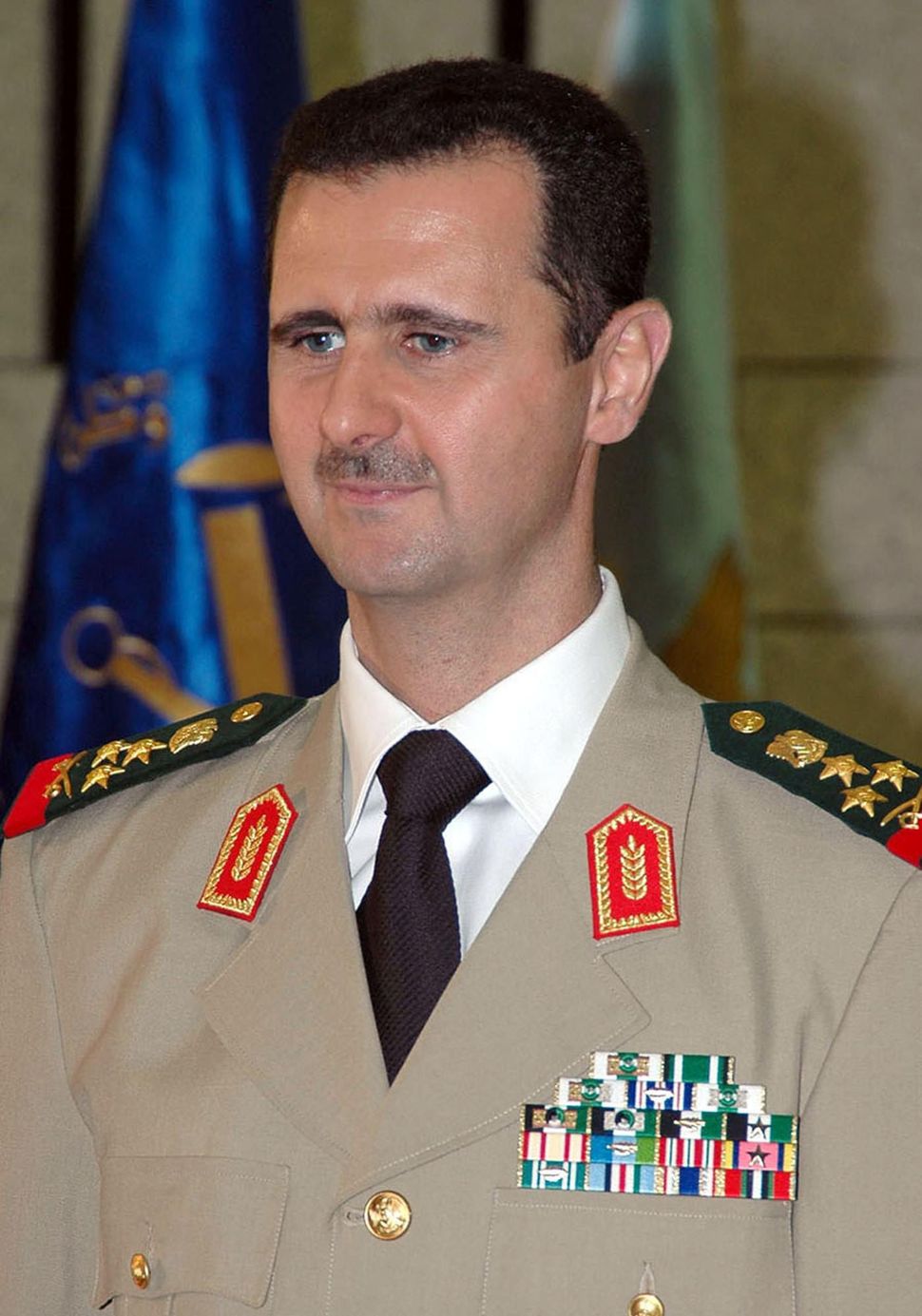 Al-Assad in 2004 Image by Getty Images

His horrific actions against his own people are well known, as is his hatred of Israel and funding for terror against Israeli targets. But in a set of photographs obtained by a British newspaper, Syria’s just-clinging-on-to-power President Bashar al-Assad is portrayed with his wife and kids as the ultimate relaxed, Western-oriented happy parent.

The 14-photograph album published in the Daily Telegraph shows the al-Assads doing normal family things: taking care of the kids, eating at a restaurant, playing and cycling. It also presents them as relaxed and down to earth in the kind of circumstances that most families don’t find themselves, such as on a posh presidential jet.

The pictures appear to have been taken five to seven years ago, at a time when Assad’s rule was relatively new, and could have gone either way — there was talk of him opening up Syria and loosening the regimes grip, and of introducing democracy. The photographs portrayed a family that still had a certain appeal, and to some represented hope. It’s worth noting not only the fact they were pictured doing normal things, but also extent to which the outfits of the First Lady Asma Assad are Western — short sleeves and a baseball cap in one, slightly risqué leather pants in another.

Maybe photographs from this album will hang on the walls of museums in the future, to encapsulate the regime that had a chance, and even seemed tempted, to change its path, but didn’t and met the fate of the region’s other dictatorships after the Arab Spring of 2011.