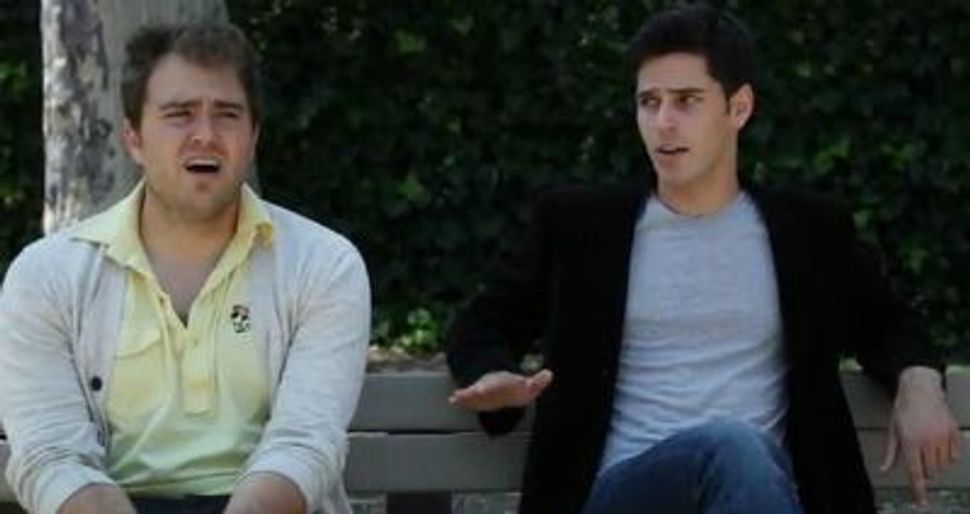 The “Girls” of New York are seeing some competition — from a pair of equally jobless and sex-obsessed “Boys” in L.A.

The latest humor video to hit the net — a trailer for a “Girls” spoof called “Boys” — satirically follows the lives of 20-something-boys trying to make it in L.A. The joke trailer is pretty funny, and successfully captures the essential zeitgeist of the characters and concepts that it mocks.

The trailer gave even Judd Apatow a chuckle: He tweeted his stamp of approval yesterday, writing “that made me laugh a few times. It got me.”

The Shmooze especially enjoys the Hannah-styled main character, who lounges around in the nude as he looks for employment and complains to an older character about how hard it is being in his twenties. The response?