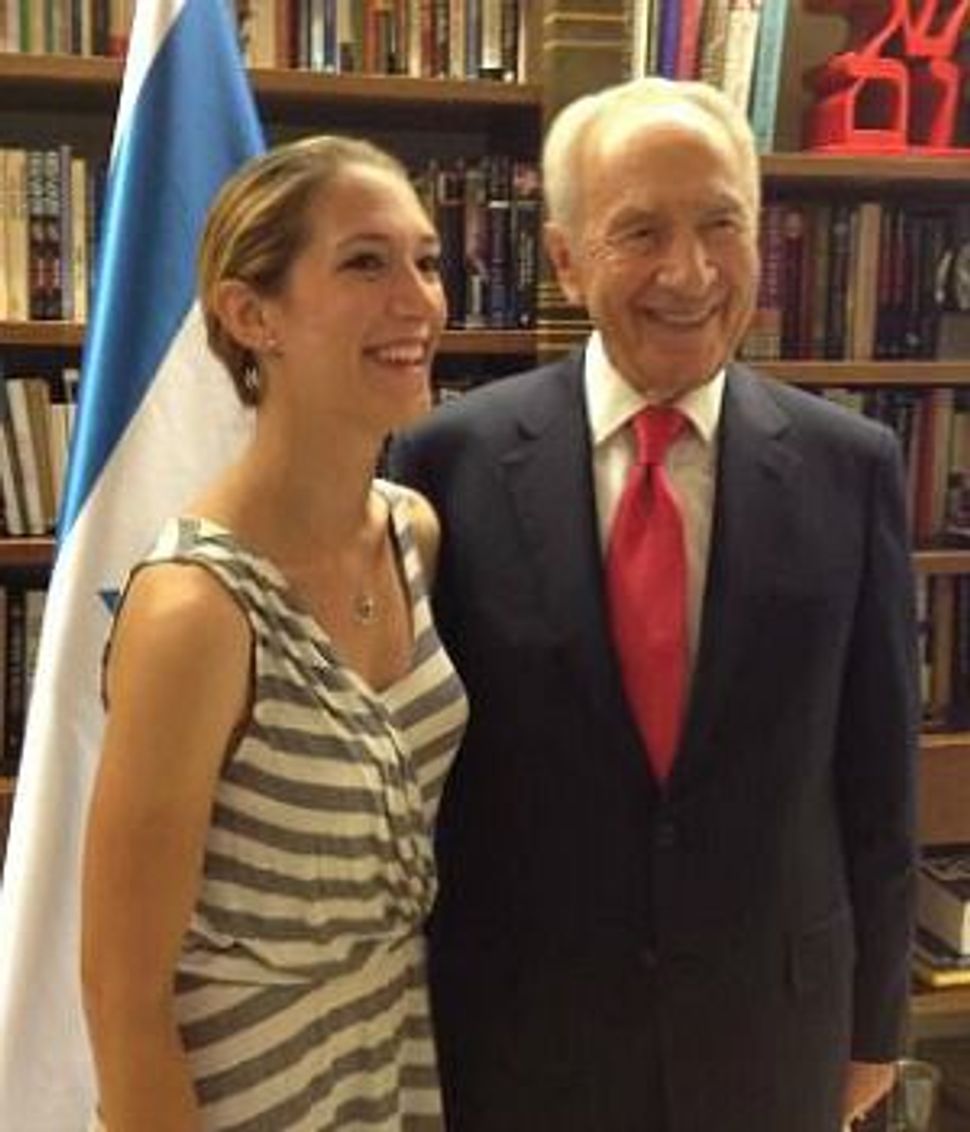 Arielle Zuckerberg (that’s Mark’s little sister) was all smiles today when she met with Israeli President Shimon Peres for a photo op. The younger Zuckerberg sister (big sis Randi is a reality TV show producer) was on a break from her job with a social media marketing firm for a trip with Taglit-Birthright.

Peres, for his part, seemed pretty pleased, too.

“I greatly respect the Zuckerberg family not only for their creativity but also for the strong tradition which is firmly in their hearts,” he said. “I am proud of Arielle, all her friends who have come with her to Israel and all the participants who take part in Taglit-Birthright.”

The media-savvy Peres posted the statement to — where else? — his Facebook fan page.