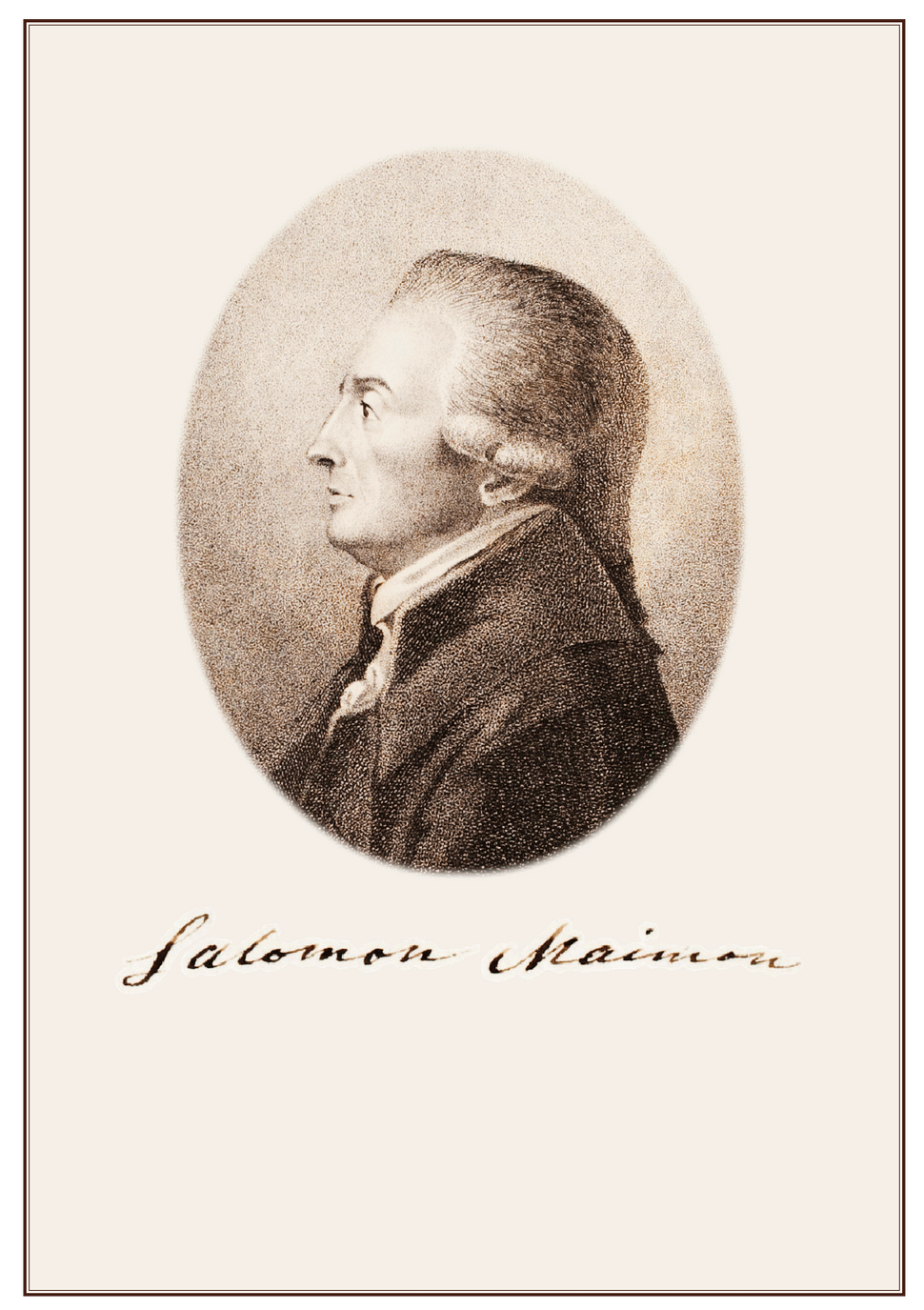 In George Eliot’s “Daniel Deronda” the eponymous hero purchases “that wonderful bit of autobiography, the life of the Polish Jew, Salomon Maimon.” The British author Israel Zangwill concurred, paraphrasing passages from Maimon’s life story in chapters of his 1898 “Dreamers of the Ghetto.” Maimon’s 1793 classic also impressed Franz Kafka, who described it in one letter as the “harsh self-presentation of a man running to and fro like a ghost between Eastern and Western Jewry.”

Shlomo ben Yehoshua (1753–1800), who adopted the name Maimon out of admiration for Maimonides, was born in the Polish-Lithuanian Commonwealth, now belonging to Belarus. Though his life was undoubtedly harsh, his “Lebensgeschichte” (Life Story) is a delight, albeit one only available in English in an abridged 1947 translation by Moses Hadas from Schocken and a more complete 19th century translation reprinted by University of Illinois Press. Which makes a new edition in French, edited and translated by the philosopher and historian Maurice-Ruben Hayoun, published by Presses Pocket, all the more welcome. In a preface, Hayoun terms Maimon’s book the “eighteenth century’s most captivating Jewish autobiography.”

The picaresque tale of a brilliantly bumptious youth who becomes a Talmudic scholar and marries by age eleven, only to abandon his Eastern European family for Berlin’s Haskalah (Jewish Enlightenment) movement, makes for lively reading indeed. Parts suggest Jean-Jacques Rousseau’s “Confessions” rewritten as slapstick comedy. Cheerfully admitting to being a greedy, callous glutton, Maimon studies Kabbalah in order to learn how to become invisible “to better dominate my wicked mother-in-law” and is disappointed when this proves impossible. Instead, Maimon breaks a pot of milk over his relative’s head and relishes the results: “What a sight! My mother-in-law dripped milk from all quarters.”

On the road and freed from domestic entanglements, Maimon instantly embraces the identity of homeless schnorrer, choosing as his traveling companion an aggressive professional beggar. Studying the latter’s methods, the always-rational Maimon admits perplexity:

“I couldn’t see why it was necessary to insult those people who refused to give me charity.”

Philosophers such as Moses Mendelssohn and Immanuel Kant were personally impressed by Maimon because of his genuine intellectual distinction. Maimon translated Mendelssohn’s “Morning Hours: Lectures on God’s Existence” into Hebrew, and wrote Hebrew textbooks on mathematics and Newtonian physics. The last-mentioned he entitled “Ta’alumoth Hochma” (Mysteries of Wisdom). A lasting mystery is why no complete modern translation into English exists of his landmark “Life Story.”