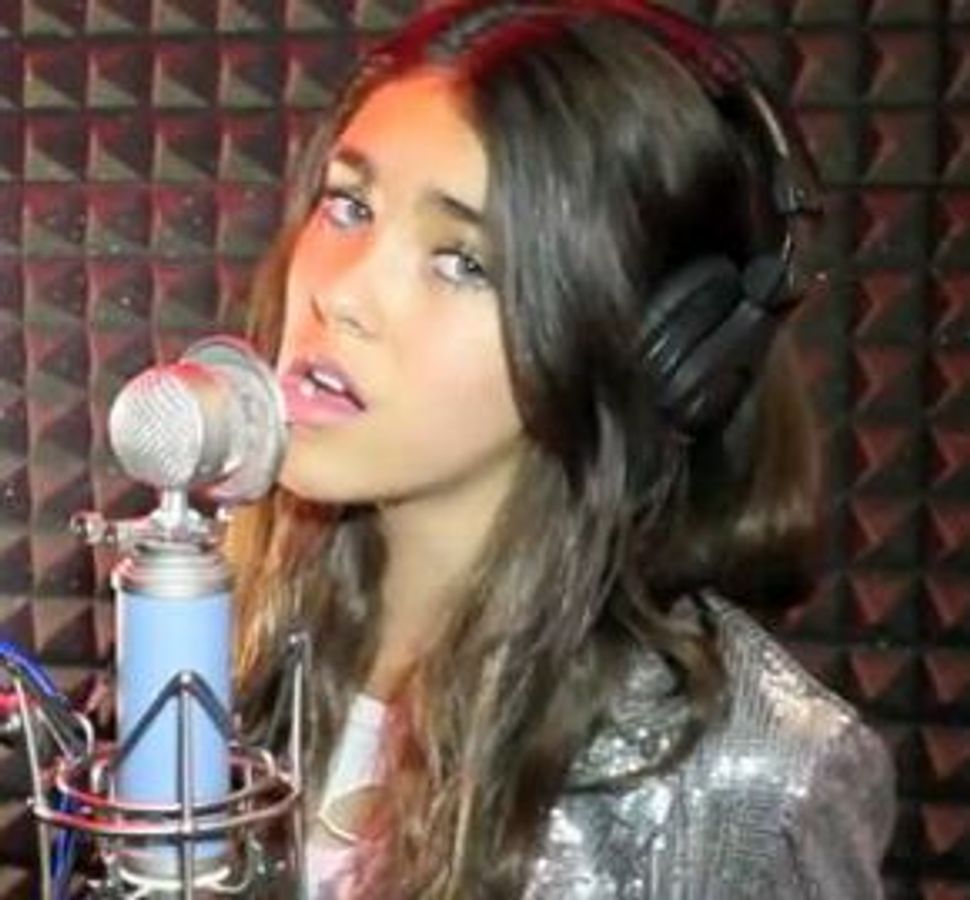 Well, according to Justin Bieber she is. With a few flicks of his fingers last week, the teen heartthrob changed the life of Madison Beer — a 13 year old Jewish singer-songwriter. The twitter correspondence went a little something like this:

By the next morning she had 18,000 Twitter followers. Over the course of the week, that number rose to 30,000. Scrolling through her Twitter feed feels like an experiment in scary adolescence.

Online Twitter personas such as Follow me, Justin!, Justin Bieber Fans and The Only Mrs.Bieber can be seen on her twitter feed pleading with the 13 year-old to follow and befriend them. One particularly eager individual, who calls himself The Swag King (@jbiebsswagboy), tweeted at Beer that he “can’t sleep because you haven’t retweeted and followed me yet. It would mean so much to me <3”

Referring to her 30,000 new followers as her “best friends,” the young star-to-be seems to be enjoying her first few minutes in the limelight.

Singing Etta James’s “At Last” in a sparkly silver dress, Beer has come a long way from the first recording she posted on her YouTube page — which shows her singing Christina Aguilera’s “Hurt” while sitting cross-legged in bed, dressed in printed flannel pajamas. Though Bieber lauded her Etta James cover in his tweet, the Shmooze was pretty impressed by her earlier cover of “Killing Me Softly.” Her deep soulful eyes and a mature vocal range make it hard to believe that Beer hasn’t even entered high school.

Rumor has it that she may have been signed to Bieber’s label, and media outlets have dubbed her the next Carly Rae Jepson.

How did we found out she was Jewish? On Twitter, of course!

A concerned fan, Austin Mohane, asked her if she was Jewish, citing the multiple pictures she had posted on her account at various bat mitzvahs.

Beer responded, as any 13 year old on Twitter would, with an enthusiastic, “yes haahha! #mazeltov”