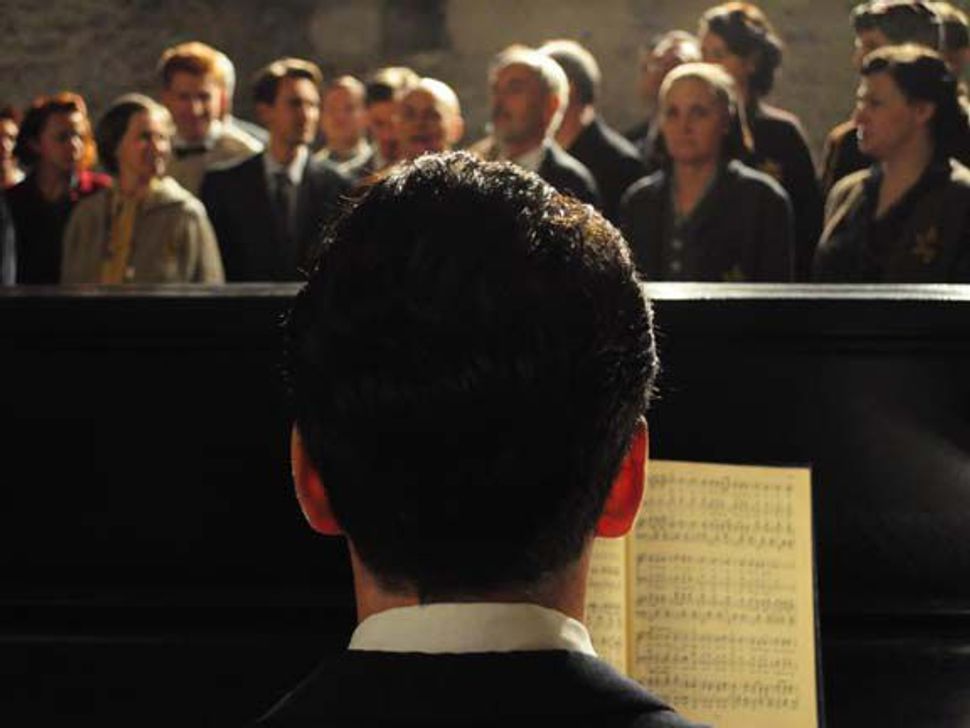 Image by Courtesy of Partisan Pictures

The 2013 bicentennial of Giuseppe Verdi’s birth is fast approaching. The great Italian opera composer first won fame with “Nabucco” (1842), based at several removes on the biblical book of Jeremiah. The stateless Italians of the day saw themselves in the opera’s enslaved Israelites, and the chorus “Va, pensiero” (drawn from Psalm 137) threaded itself into Italy’s national fabric. 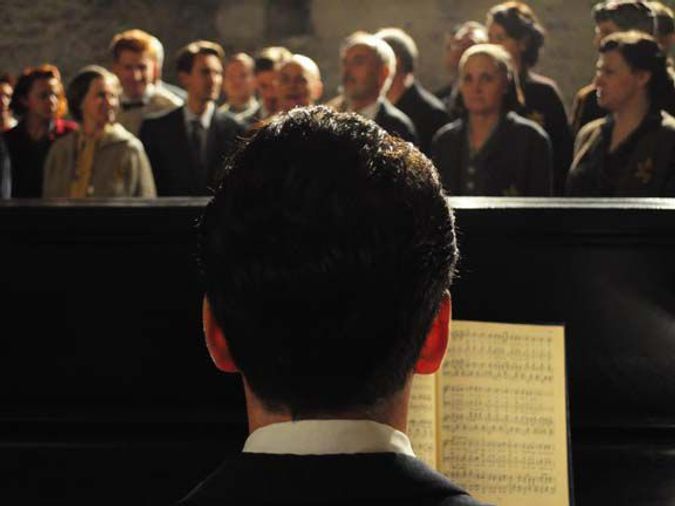 Image by Courtesy of Partisan Pictures

In recent years scholars have questioned the importance that “Va, pensiero” had during the Risorgimento, or Italian unification, but Italians have always taken it up at pivotal times, most recently in 2011, when Riccardo Muti turned an encore of “Va, pensiero” at the Rome Opera into a mighty communal protest against cuts in public arts funding.

A more momentous chapter in the history of Verdi reception involving Jews and appropriated liturgical texts is set forth in the film “Defiant Requiem,” which will be shown at the DocuWeeks Theatrical Documentary Showcase in New York starting August 3 and in Los Angeles starting August 17.

Directed by Doug Shultz, “Defiant Requiem” tells the story of Rafael Schächter, a 29-year-old Czech conductor who was imprisoned in Terezín in 1941. After finding a piano in the basement of a camp building, he organized concerts to bolster the morale of his fellow inmates. Eventually he taught some 150 amateur choristers Verdi’s Manzoni Requiem using a single smuggled score.

The choice of the Requiem — music for a Catholic rite — distressed community elders, who felt that it could be taken as an apology for being Jewish. But Schächter aimed to send a different message with Verdi’s slashing score. For him, its roaring “day of wrath” was a threat to be flung in the face of the Nazis. “The day of wrath is come… Your armies are torn to pieces as you have torn and trampled us… And this is right and due, not for revenge, not for hatred, only for the sake of human justice.” (The quotation is from Josef Bor’s 1963 novella, “Terezín Requiem.”) The Terezín musicians performed the Requiem 16 times, once for their captors and Red Cross officials, who had visited the camp to witness the Nazis’ supposedly humane treatment of their prisoners.

“Defiant Requiem” weaves together interviews with camp survivors, period photos and footage (including snippets from a Nazi propaganda film), dramatized scenes, animations, and excerpts from performances of Verdi’s Requiem at Terezín led by Murry Sidlin, the conductor who has championed the memory of the Terezín musicians and created the Defiant Requiem Foundation in their honor.

Verdi’s image as a hero of the oppressed surely shaped Schächter’s brilliant use of the Requiem, his conviction that its pleas of “Libera me” could mean “Free me from here,” from Terezín. The survivors interviewed in “Defiant Requiem” echo these ideas. One expresses “gratitude” to Verdi; another says that his “heavenly music” nourished her soul even as her body starved.

That said, it bears remembering that an unbroken line connects the nationalistic fervor of Verdi and his contemporaries to the death camps. While his Requiem, like those of many other composers, reminds the Almighty of His abiding covenant with “Abraham and his seed,” that did not stop his countrymen from making common cause with the Third Reich mere decades after his death.

In the final moments of “Defiant Requiem,” we see intersecting bars, gradually revealed to be part of a Star of David, and rows of graves outside Terezín as a chorus intones Verdi’s prayer for eternal rest. The music goes silent, the graves stretch into the distance, and the last thing we glimpse standing opposite the Magen David is a cross. It is an unsettling ending, and rightly so.