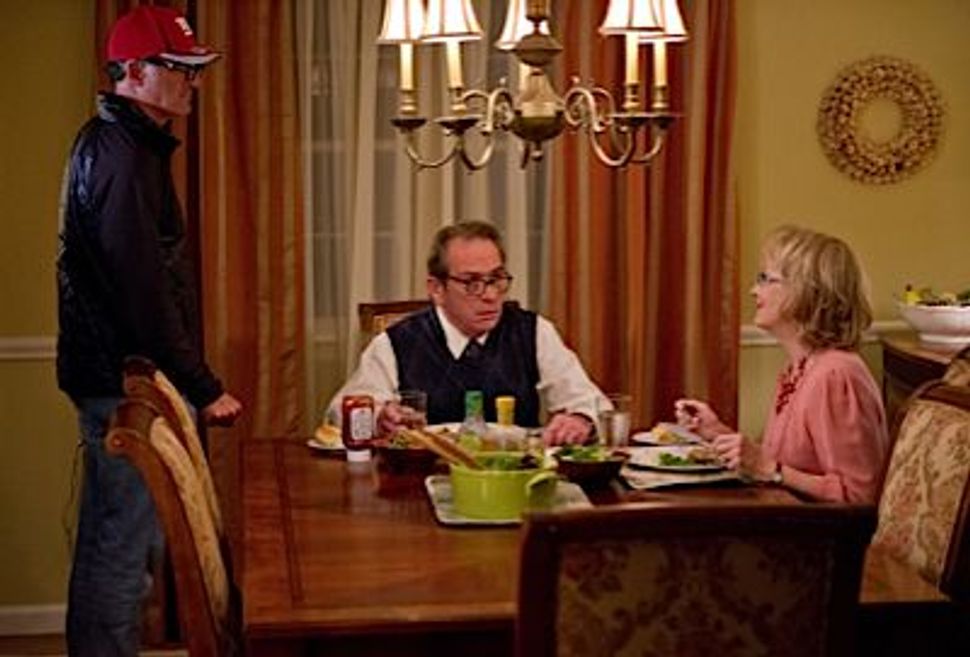 “Hope Springs,” opening nationally August 8, is centered on a long-married couple whose relationship has gone stale. Kay Soames, played by Meryl Streep, is frustrated by the lack of intimacy in her relationship with her husband Arnold, played by Tommy Lee Jones. Arnold refuses to acknowledge that anything is wrong and resists her efforts to visit marriage counselor Bernard Feld (a brilliant Steve Carell). Feld’s attempts to put a spark back in their lives lead to several humorous and, uh, intimate scenes that come close to mandating adults-only viewing. 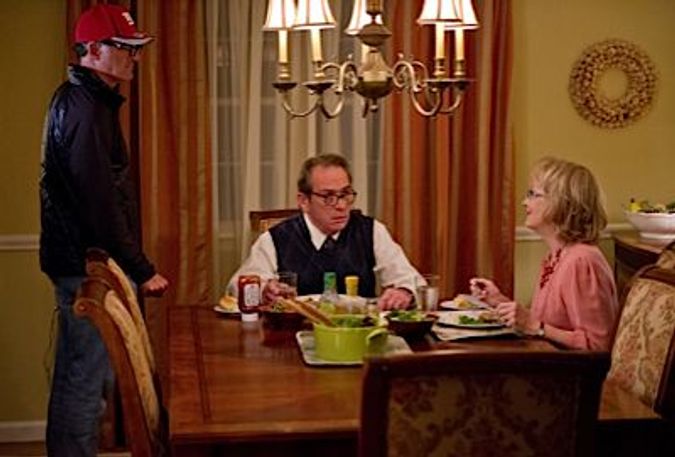 Blending all this together is director Dave Frankel, whose resume includes “The Devil Wears Prada,” “Marley & Me” and “The Big Year.” He is the son of former New York Times executive editor and Pulitzer Prize-winner Max Frankel. David spoke to the Forward’s Curt Schleier about the perils of making movies for grown ups, filming sex scenes and growing up with a famous dad.

Curt Schleier: Does it take a lot of chutzpah to come out with a movie for grown ups in today’s marketplace?

David Frankel: Sadly it does. I think everyone would love to do these movies, but there are challenges marketing them. Adults don’t go to the movies. Which comes first? Is there nothing out there that they want to see or is it that they just don’t go? It’s a difficult situation when you look at it from the studio marketing point of view. I also think that for adults, television is no longer a vast wasteland. There’s incredibly good television, series that can go on for years and sew up every night and weekends. So I think making a movie worth leaving home for, that doesn’t have people in masks and capes, is a pretty small needle to thread.

And yet you released “Hope Springs” in the summer, prime mask and cape time. Is that better or worse for your prospects?

It’s not worse, based on my experience with “The Devil Wears Prada.” We released that over the July 4 weekend, opposite “Superman.” It proved that women, given something really appealing to them, will come out in big numbers and they’ll keep coming back again and again.

How do you direct Meryl Streep or Tommy Lee Jones?

[Laughs] I honestly don’t say very much. I’m not even joking. They are both unbelievably well prepared and completely understand their characters. What they are looking for me to do is to remind them each day what the tone of the scene is and to find the balance if it goes off a little — if it gets a little too dramatic or a little too silly. There are a lot of little moments in the scenes where they say, “What if I do this?” I’d just say, “Great!” In my case, directing was just saying, “Go for it.”

Did they ever surprise you?

One of the things I marvel at is how well prepared Meryl is. I never knew where she learned her lines. There was a day when we had scenes with 10 or 11 pages of dialogue; that’s almost like doing a one-act play on camera. I knew she’d been at a fundraiser the night before until 1 am. But there she was, on the set at 6 am for hair and make up and she showed up knowing every nuance of her performance. So not only is she great, but she’s great in a mystifying way. You never see the wheels turning.

There are several intimate moments in the film. Were they difficult to do?

Sex scenes are uncomfortable to talk about, much less act out. We put off rehearsals for weeks and when we got down to it we were very specific. The actors wanted every moment to be choreographed, so we weren’t just fooling around on the set and they’d have to do it over and over. It’s very hard to maintain the intimacy for too long. They were very natural and comfortable with each other and amazingly and utterly convincing.

Your father, Max, was a world-famous journalist. What was it like growing up in that house?

It was inspiring. He is an extraordinary individual and the best dad, who has always been unbelievably supportive. Aside from his obvious journalistic achievements, he is a theater hound at heart, and is completely stage struck. He was with me on the set of “The Big Year” and saw people carrying props and the catering people and he turned to me and said, “You have a great job.” What he taught me was the value of excellence and giving your work your best effort.

Your father came to the U.S. from Germany in 1940. Was the Shoah discussed in your home?

My father considered himself an escapee of the Holocaust. His father was a survivor, although he was imprisoned by the Soviets in Siberia through the whole war. They were separated from 1939 to 1946. All of my grandparents lived long and healthy lives until I was in my late 20s. I got to know them really well and heard their stories.

I had a very conservative Jewish upbringing. I studied Talmud with the rabbi beyond my bar mitzvah. My 10-year-old twins are in a Hebrew day school, speak Hebrew and are fully engaged in Jewish life.

How has your Jewishness informed your work?

I could be accused of Talmudic reading of screenplays, using the Talmudic process. I appreciate the discussion from all angles of the topic. On the set, I listen to everybody’s point of view, but ultimately you have to shoot something. Sometimes I shoot it both ways and decide in the editing room. I don’t remember which famous rabbi said, “Shoot it both ways.”

Watch the trailer for ‘Hope Springs’: