What Will Aly Raisman Do Next? 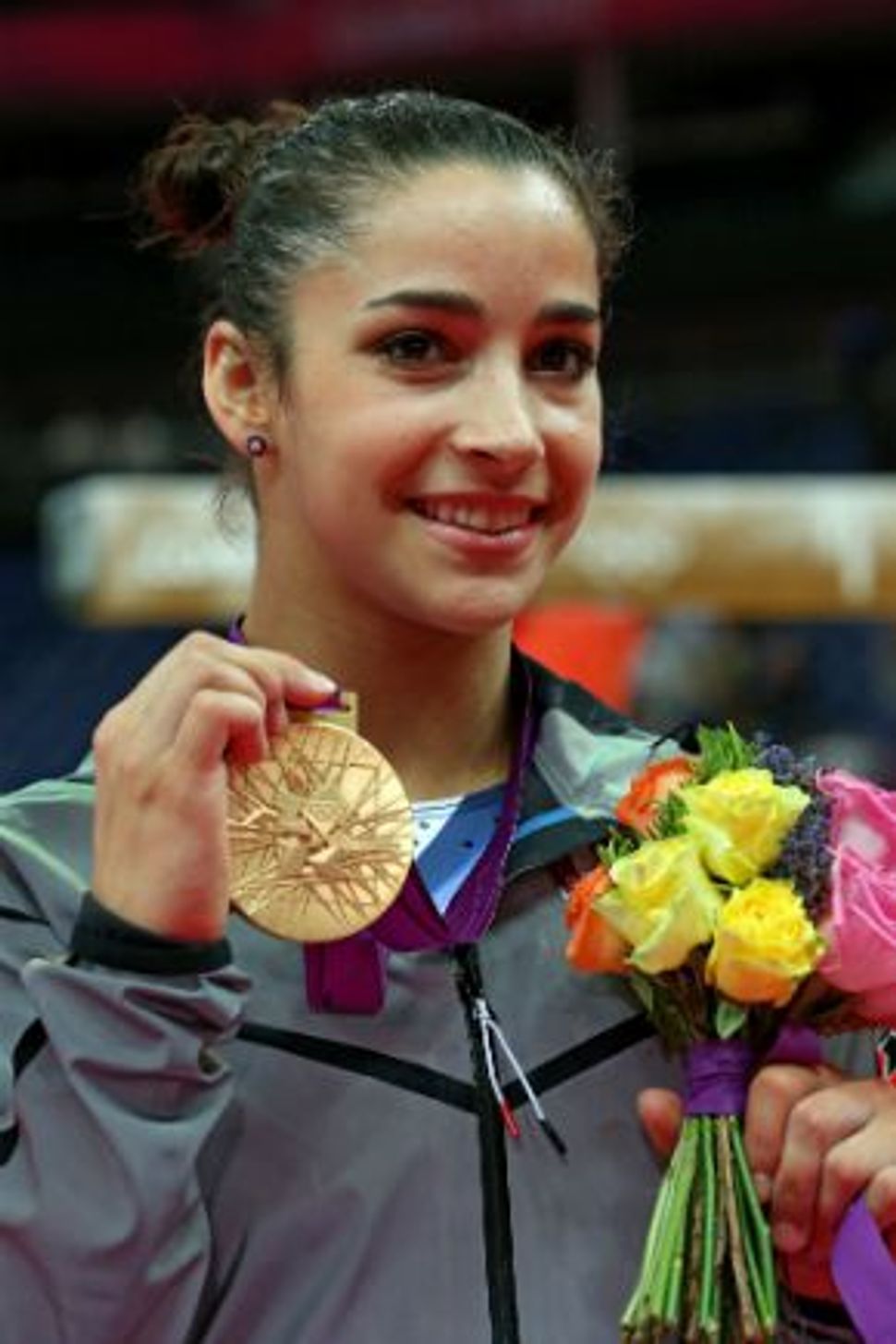 Hear ye, hear ye: Aly Raisman, our little engine that could, just won a gold! She’s the first U.S. woman to ever win an Olympic gold for a floor exercise. And what did she do her flips and twists to? That’s right, our favorite Jewish folk tune, “Hava Nagila.”

Leaping and flipping in style, Raisman showed up all her competitors in a rhinestone leotard replete with the stars and stripes of the country she was so proud to support.

Ninety minutes before being crowned with the gold, Raisman was on the medal stand for another: a bronze for her individual balance beam routine.

Raisman, who was just edged out of winning an all-around medal last week because of a hard-to-understand and equally archaic tie-breaker rule that pushed her from third to fourth place, was able to snag a bronze this time around — because of that very same tie-breaker rule!

Though she initially came in fourth for her balance beam routine, she challenged the judges on the difficulty level with which they marked it. After a few tense minutes, the judges agreed, and their reassessment of her score pushed her up a place, into a tie for third with Romania’s Catalina Ponor. The tie-breaker once again fell to the little-known execution scores, and Raisman pulled ahead of Ponor by a full .3.

This wasn’t the day’s only roller coaster ride. Despite her gold last week, Gabby Douglas finished second to last in both of her routines, and nearly fell off the balance beam. Jordyn Wieber, who has the reigning world champion, stepped out of bounds twice during her floor routine, and came in seventh.

This means that Raisman, whom no one really knew about two weeks ago, will be leaving London with more medals (two golds and a bronze) than anyone else on the team.

Gymnastics is weird. And totally awesome.

The Shmooze is excited for Raisman’s next move: In various interviews she has mentioned her interest in furthering her passions for fashion and gymnastics. And, as one of the 13 Ralph Lauren Olympics Collection fashion ambassadors, we’re sure that she will have many sparkly leotards and pink warm-up suits to model in her future.

What Will Aly Raisman Do Next?