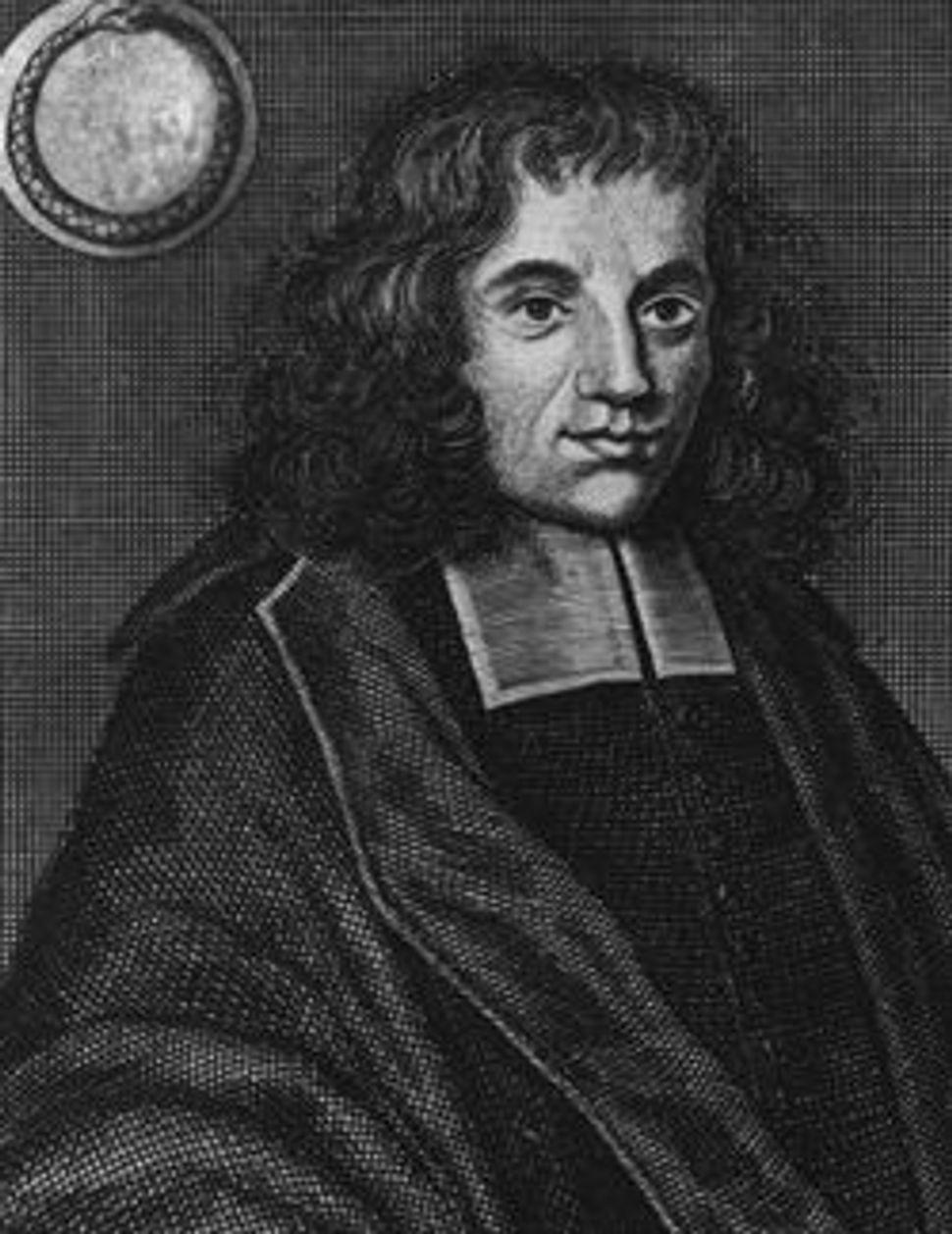 Baruch Spinoza was born in Amsterdam in 1632, the son of Portuguese Marranos (or conversos, or crypto-Jews) who had fled the Inquisition. A prodigy at Amsterdam’s Etz Chaim Yeshiva, he was widely expected to become a rabbi. As rumors of his heretical ideas spread, he was denounced by his yeshiva teachers, and in 1656 he was excommunicated by the Mahamad (Jewish Community Council) of Amsterdam. He lived in several small Amsterdam towns, most notably Rijnsberg, before settling in The Hague, where he died in 1677.

While his writings are notoriously dense, the central doctrines of Spinoza’s philosophy are eminently clear and stunningly sweeping. In “Tractatus Theologico-Politicus” he openly questions the divinity of Scripture and assails the authority of the church. In place of the first, he offers a “natural,” critically historical and philological reading of the Bible; in place of the second, a secular state in which religious authorities would enjoy no power.

The essence of Spinoza’s philosophical system is spelled out in “Ethics.” There, Spinoza boldly asserts the doctrine that everything in the universe — Nature writ large — inheres in a single, perfect “Substance.” This infinite and eternal Substance is what Spinoza calls “God, or Nature.” It alone is self-caused, absolutely determined and not contingent on the existence of any other thing. Spinoza’s God is perfectly, radically immanent within Nature.

In this system, there is no room for a transcendent spiritual God who willfully created the physical universe and who stands outside it as its master; communicates with prophets; chooses His favorite nations and individuals; judges, rewards and punishes His creatures at will — or performs miracles. Instead, Spinoza’s God is totally bound by His own immutable laws, which are the laws of Nature. This conception robs the traditional deity of autonomy and strips Him of all the anthropomorphic, moral and psychological attributes through which He had always been conceived in traditional monotheistic faiths.

Spinoza left standing no pillar of traditional Jewish or Christian theology. Given his brazen attack on Scripture and on ecclesiastical authority; his mockery of the “madness” of supernatural religious faith and his insistence on defining God out of any theologically meaningful existence, it is little surprise that, despite various efforts to do so, his herem, or excommunication, has never been rescinded by any traditional rabbinical authorities.