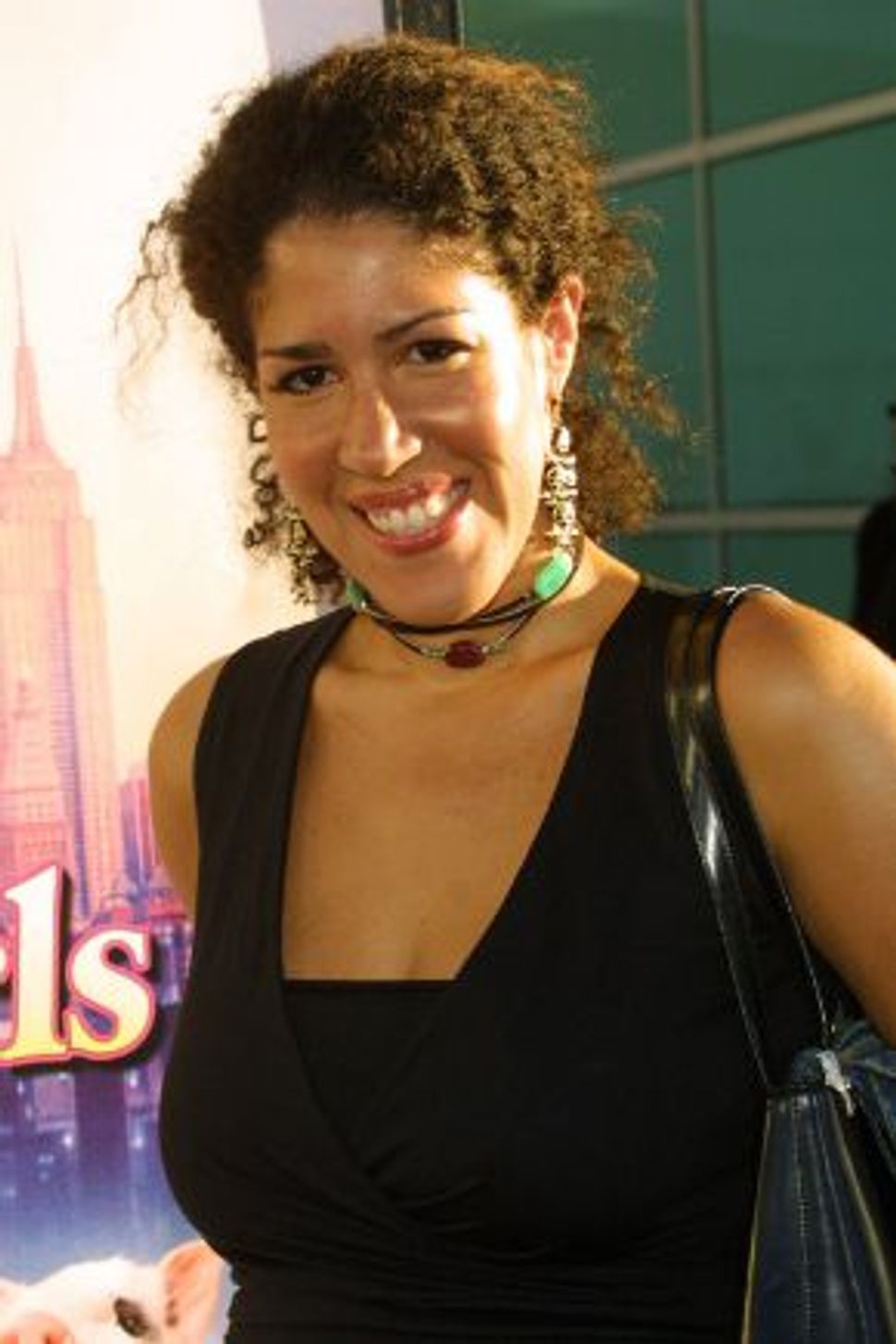 She’s back for more: Singer, actress and comedian Rain Pryor, whom we met back in 2009,, is currently performing her one-woman show, “Fried Chicken and Latkes,” at New York’s Actors Temple Theater. It’s no secret that Pryor is the daughter of outspoken comedian Richard Pryor and Jewish dancer Shirley Bonus, and her dual black-Jewish identity is an essential part of her shtick. In her stand-up show Pryor shares anecdotes from her unusual upbringing peppering her stories with Yiddishisms like “meshugah” and “kibitz amongst yourselves.” She also sings a couple of original songs.

In the run-up to the New York opening of the show on August 6, Pryor and fellow comedian Kelly Carlin (daughter of George) were interviewed together for a New York Times piece about going into the family business. The two women are friends, though Pryor warned: “I don’t trust laughs from other comedians. I trust laughs from audiences.”

But Pryor isn’t too busy telling jokes onstage to take a turn onscreen: She played Sarah Palin’s stylist in the HBO film “Game Change,” based on the Alaska governor’s vice presidential candidacy in the 2008 election. “Sarah Palin is going to be so ticked off to see that her makeup artist is being played by a black Jewish girl,” Pryor told The Baltimore Sun before the film aired in March. “I pass for a white girl. Now that’s acting.”

Palin reportedly said that “Game Change” didn’t bother her in the slightest. (Yeah, right. Maybe Pryor can work that joke into her routine.)