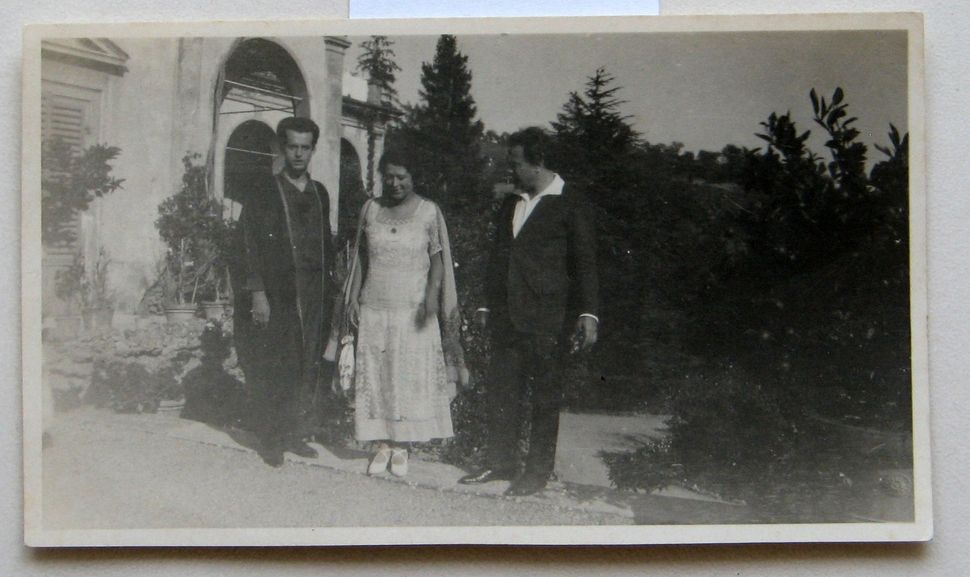 1920s Berlin was a wild place, and two of its wildest celebrities were descendants of the German Jewish composer Felix Mendelssohn. The biography, “‘Is There Anything More Beautiful Than Desire?’: The Siblings Eleonora and Francesco von Mendelssohn,” is a diverting look at two arts madcaps. Its author, Thomas Blubacher, explains how Eleonora, an actress, dissipated her family’s collection of Old Master paintings to fund her amorous and artistic affairs. She sold an El Greco to pay for a theatrical tour by one lover, the Austrian Jewish director Max Reinhardt, and, to woo another paramour, the conductor Arturo Toscanini, she took a painting by the 18th century Venetian Francesco Guardi off her wall and handed it to the maestro.

Francesco (nicknamed Cesco), a cellist who played in the Klingler-Quartett and with the amateur fiddler Albert Einstein, was also a stage director and biographer of the Italian actress Eleonora Duse, his sister’s namesake. Cesco put even more energy into a romantic fling with the pianist Vladimir Horowitz, with whom he shared, as Blubacher explains, a “fondness for muscular boys in sailor shirts, seedy bars, and the slippery slope into idiosyncratic and effeminate eccentricity.” Cesco forgave Horowitz when the latter had an affair with the Hollywood silent screenstar Ramon Novarro, and Horowitz pardoned Cesco for making a pass at Horowitz’s personal chauffeur/male prostitute, a “broad-shouldered blond German man officially called a servant and secretary.”

Forced into exile by the Nazis, the siblings fled to Manhattan where they helped other refugees despite their own reduced circumstances. Eleonora stated: “If your name is Mendelssohn, you can’t avoid being on the Jewish side when Jews are in danger.” There, critics carped about Eleonora’s German accent during her stage performances, and Cesco worked with Reinhardt on the 1937 Kurt Weill spectacle “The Eternal Road,” about Jewish history, although Weill dismissed Cesco as a “dilettante.”

Eleonora acted in the 1943 anti-Nazi pageant “We Will Never Die,’ alongside such Jewish stars as Edward G. Robinson, Sylvia Sidney and Paul Muni. For the siblings, exile led to depression and addiction, in Eleonora’s case to morphine, and for Cesco, to sex and drugs. Eleonora’s death in 1951 was ascribed to suicide, although her friend the journalist Leo Lerman claimed suspicious circumstances. Cesco lived until 1972 on Central Park West, after breakdowns, hospitalizations, and a lobotomy. Sad endings that would have scandalized their primly proper ancestor Felix.

**Listen to Vladimir Horowitz play Dohnányi’s “Concert Etude (Capriccio)” in 1928, around the time of his association with Francesco von Mendelssohn here.