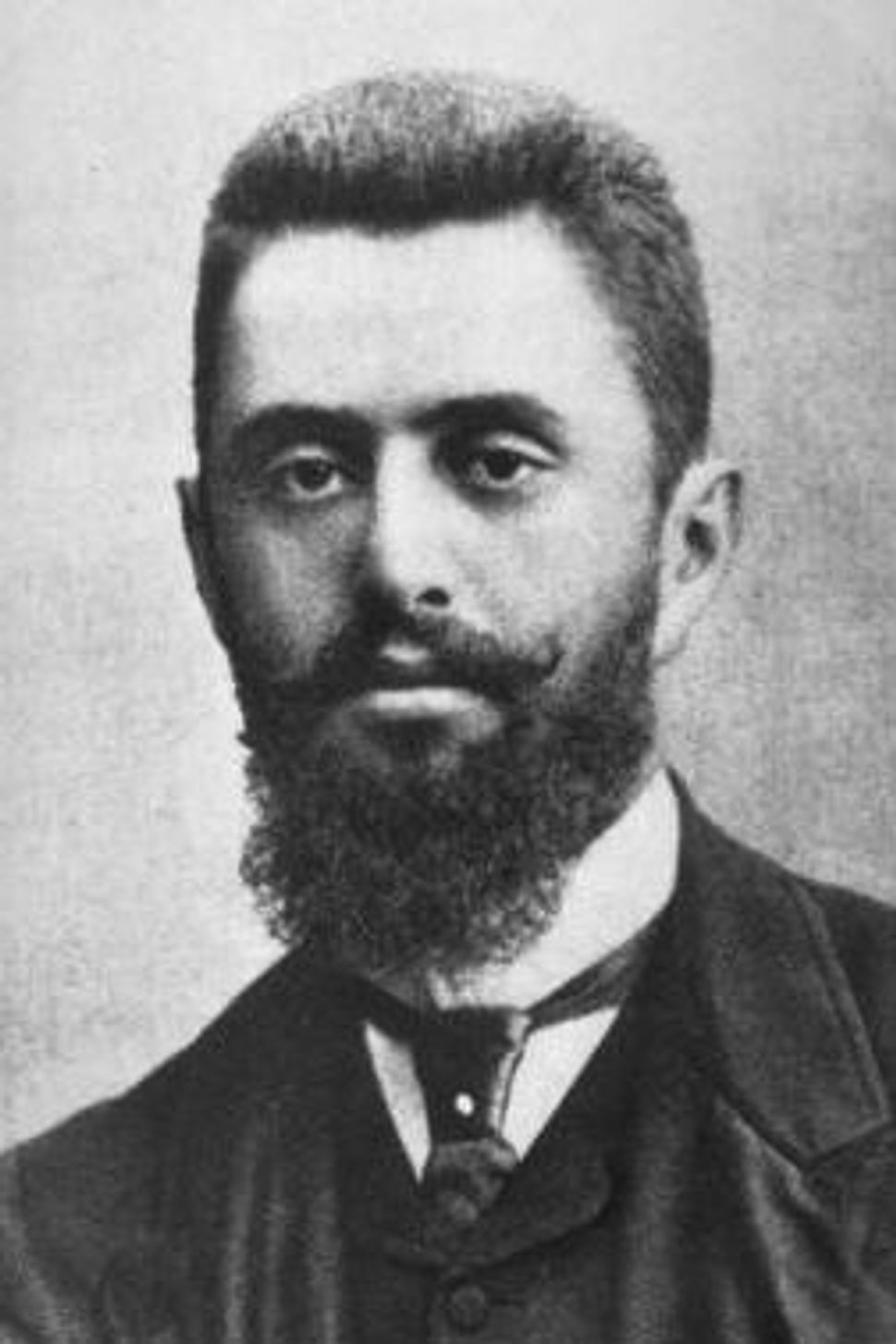 Filmmaker Richard Trank does a better-than-decent job telling the story of the father of Zionism. He integrates contemporary footage of places where Herzl lived and visited with archival footage in an interesting way.

But truth be told, there’s not much you can do when creating a biographical movie about a long- deceased historical figure, especially one as well known as Herzl.

The amount of archival footage is limited. While Trank received access to never-before-seen stills and artifacts, they are just stills and this is a movie. How many times can you use the Ken Burns effect on photographs — moving over them side to side or up and down — before it becomes noticeably repetitive?

Nevertheless, Herzl’s story is well worth retelling and watching — especially for those unfamiliar with his life and work.

Born in Budapest, Hungary, to a secular Jewish family, Herzl became a popular journalist for Viennese newspaper and was in Paris in 1896 to cover the Dreyfus trial. Like many, he first believed that Dreyfus was guilty of spying, but was shocked at the outbreak of anti-Semitism that accompanied his conviction.

Originally a proponent of assimilation, the reaction in France and resurgent anti-Semitic outbreaks elsewhere in Europe led Herzl to call for the creation of a Jewish state.

He laid out his ideas in a book, Der Judenstaat, which became a best seller. Many of his contemporaries criticized and ridiculed him, especially wealthy Jews. But he was undeterred, creating the World Zionist Organization, attempting to purchase Palestine from its ruler at the time, the Sultan of the Ottoman Empire, and even pursuing an offer from the British government to take what is now Uganda as a substitute state.

“It is No Dream” opens in New York August 10 and Los Angeles August 17.

Watch the trailer for ‘It Is No Dream:’