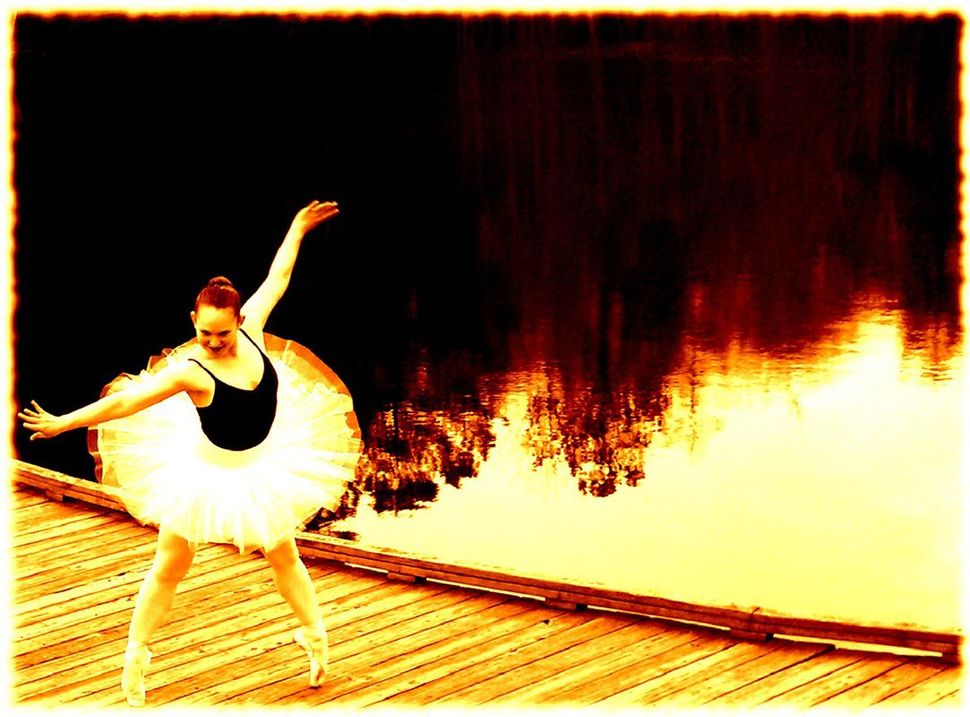 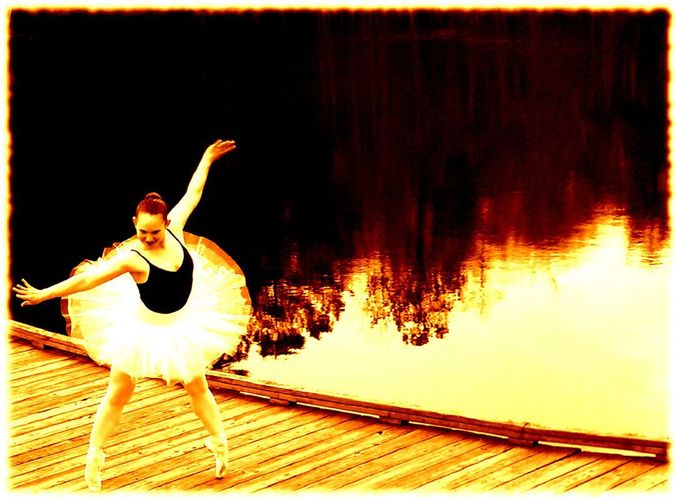 Haifa-born Erlitzki was a late bloomer in the ballet world, already 11 when she signed on for lessons with a Ukrainian-trained teacher, Natalia Shevchenko, at Chambers Performing Arts Academy in suburban Atlanta. Shevchenko inculcated Erlitzki with the Vaganova technique, a strict methodology that has produced some of the world’s most prized ballet dancers. At the beginning Erlitzki danced in a class with girls three or four years younger than herself, but within two years she caught up, dancing on pointe with students close to her own age.

Now, after eight years of ballet lessons, Erlitzki is intent on refining her training and gaining a spot with a European company. She says she’s ready to leave behind the comforts of family and friends in the U.S. for grueling 10- to 12-hour days of classes, rehearsals, more classes and coaching sessions in Perm, which is about 800 miles east of Moscow, near the Ural mountains.

While Erlitzki is excited about her impending trip, her family, particularly her grandparents who remain in Israel, expressed surprise that she would choose to study in Russia, long inhospitable to Jews. “It’s hard for them,” Erlitzki admitted. “It is a strange and unique thing for an Israeli to be doing. Unfortunately, sometimes [there are] stereotypes between Israelis and Russians.”

Ballet, of course, has been an integral part of Russian culture since the 19th century, when a great classical style developed under a near-militaristic training system supported by and for the czars. For Erlitzki to follow in the footsteps of generations of great dancers and choreographers — Perm is the nation’s third-ranked ballet company and academy behind the famed Mariinsky (Kirov) and Bolshoi ballets — is a dream come true.

But while Russian classical ballet is renowned and copied the world over, it has not been particularly friendly to Jews. Even one of the 20th century’s greatest ballerinas, Maya Plisetskaya, who rose to the highest ranks at the Bolshoi Ballet, faced difficulties as a Jew. Born into a prominent theatrical family, Plisetskaya’s father Michael Plisetski was executed during Stalin’s purges, and her mother, Rachel Messerer, a film actress, was sent to a labor camp in the gulag. Young Maya rose rapidly through the Bolshoi’s ranks after joining the company in 1943, but she was prohibited from touring in the West until 1959 due to her family’s Jewish background.

For Erlitzki, though, this is ancient history. Her inspiration to apply to Perm came when she saw another young American ballet student, Texan Joy Womack, accepted into the Bolshoi’s academy two years earlier. (Last month Womack, 18, became the first American trained at the Bolshoi to join the company.) “I think the Russians are the best in the world,” Erlitzki, an admitted Russophile, said, “and I always wanted to be like them but thought it was something that could never happen.”

Erlitzki is seeking a rarefied life in Russia where she she’s heard that ballet dancers are as popular as football and basketball stars are in the U.S. She is aware, too, of the strictness and hands-on techniques of Russian teachers, who have no qualms about slapping a student’s misplaced thigh or foot. “The methods are a little different,” she said. “That is what attracted me in the first place. I’ve always liked being pushed hard… I know it will be extremely difficult, but when you try to get a compliment out of them, it’s so much more rewarding.”

Her first year at Perm is probationary; if she passes her exams she will have three more years before receiving a diploma as a ballet artist. Then she hopes to join a company, perhaps in Europe, or, even better, the Israel Ballet. But $14,000 a year tuition, shoes (a few pair a week at about $90 each), and travel add up. Erlitzki is still seeking funding to cover her expenses, but is hopeful she’ll be able to complete the year. She also discovered that on her mother’s side there is some Russian ancestry, which makes her proud. “I hope that maybe somehow, I can do something to use this opportunity to improve the relations between Russians and Israelis,” Erlitzki said. “I’m not sure how to go about doing that, but I think that would be amazing.”