Mayim Bialik Will Not "Bedazzle" Her Splint 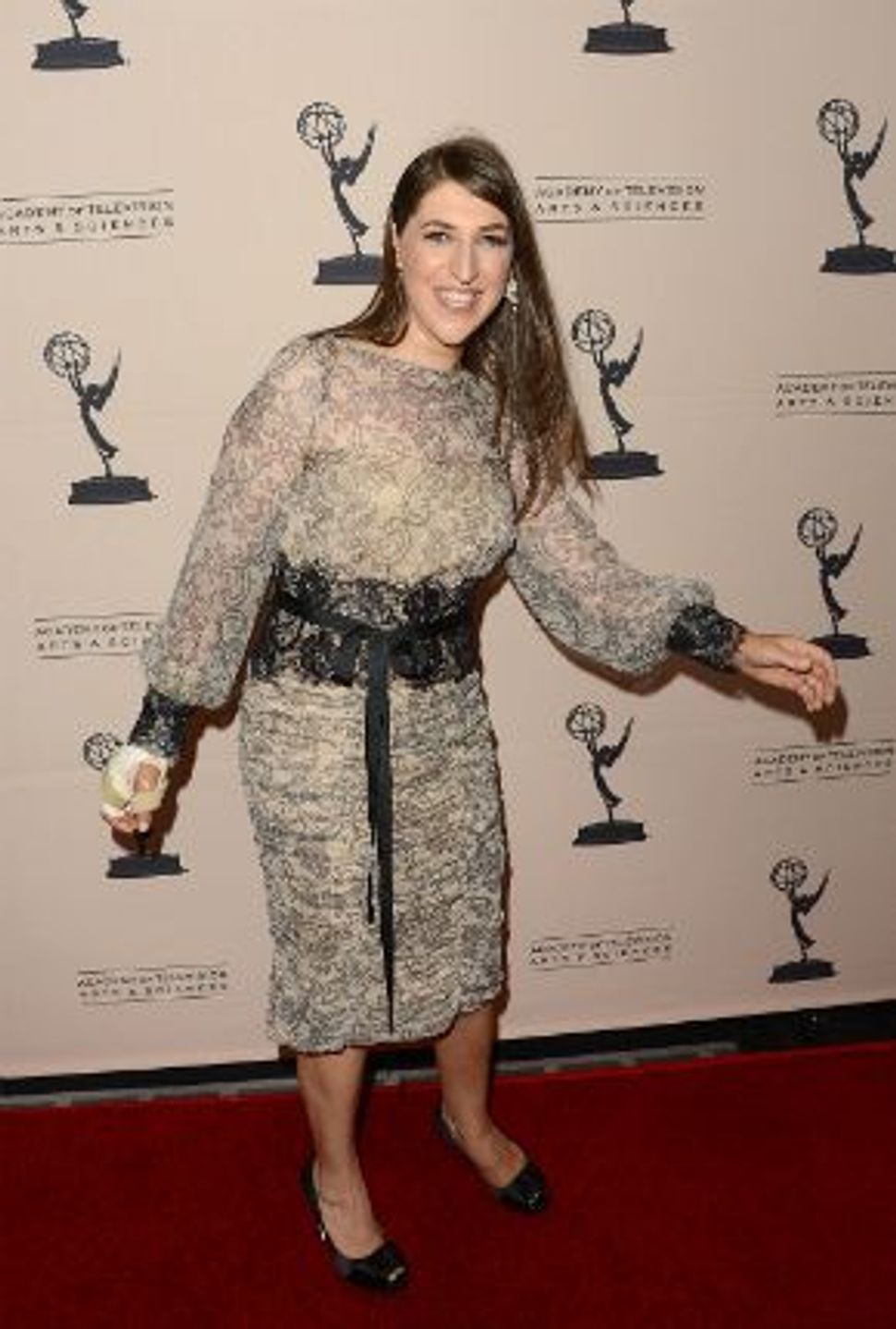 Modesty maven Mayim Bialik had bit of formalwear good fortune this week. The 36-year-old “aspiring Modern Orthodox” sitcom star made a big bang on the red carpet for the Academy of Television Arts & Sciences Performers Peer Group Reception with a lovely, lacey, long-sleeved gray gown that covered all the requisite parts: arms, legs, and the splint from her serious car accident just a few days earlier.

“We had already planned on a long sleeve dress,” Bialik told People.com. “I’m a modest dresser anyway. There are not many dresses that cover your fingertips though so it might take a little of expanding the fabric, trying to get this contraption in a sleek black,” she added, referring to the splint on her left thumb, which was nearly severed when a carful of tourists crashed into her on Los Angeles’ Hollywood Boulevard last Wednesday.

Known first as hapless TV teenager Blossom and currently for her Emmy-nominated turn as Dr. Amy Farrah Fowler on The Big Bang Theory, Bialik has also assumed a third role as a proponent of the “crunchy” childcare customs of attachment parenting of late. Dubbing her a fashionista is not far-fetched, either: Bialik suffered a stint as Stacey and Clinton’s most famous fashion victim on TLC’s “What Not To Wear” and emerged with a modest-but-modern wardrobe full of long skirts and sleeves to keep it kosher and cute.

Still, when it comes to her recent wrist-wear, she says she’s not about to take matters into her own (bandaged) hands: “I don’t think my stylist would let me bedazzle my splint.”

Mayim Bialik Will Not "Bedazzle" Her Splint