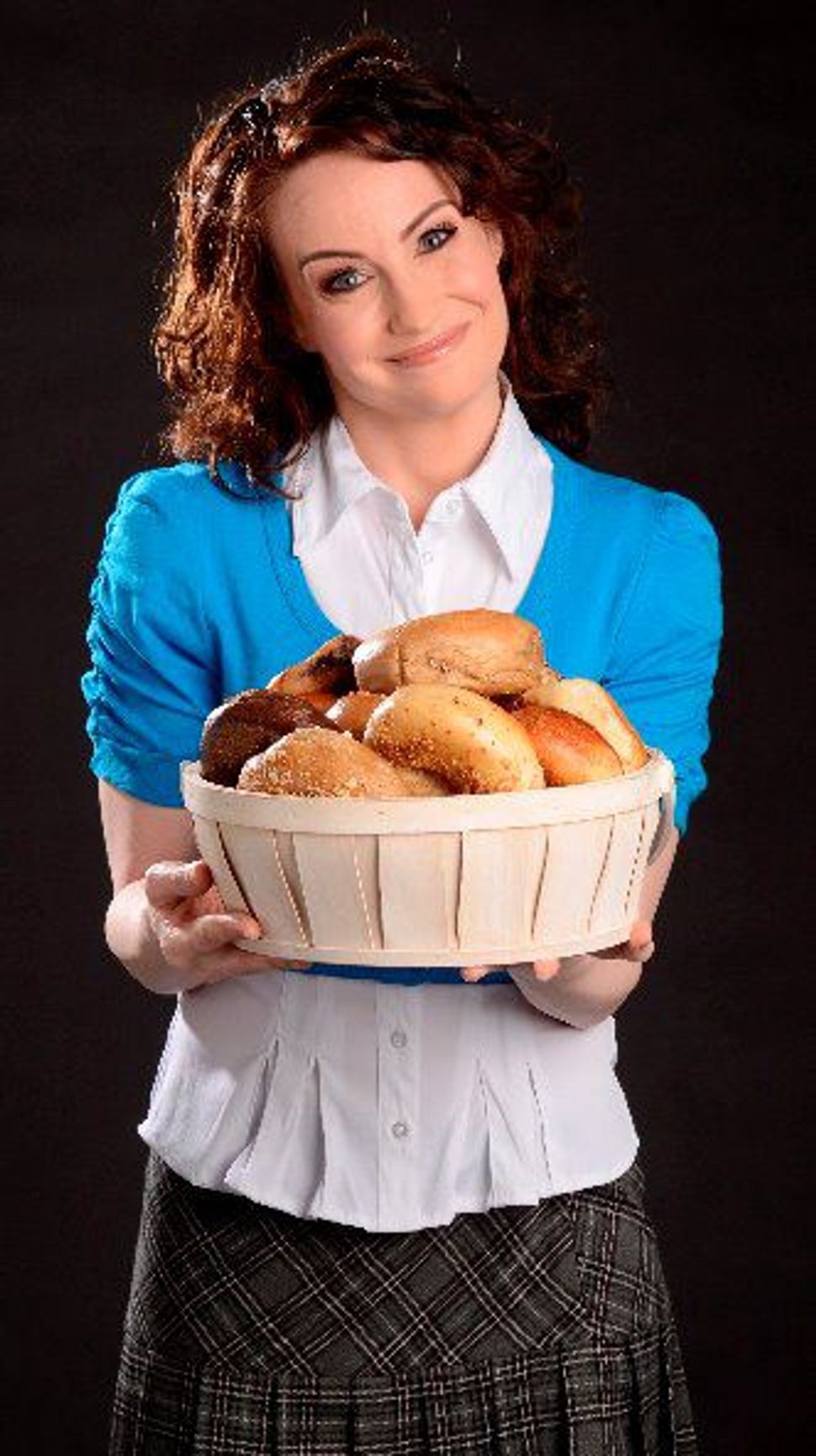 At one point in “SHIKSAPPEAL: Getting the Chosen to Choose Me,” a one-woman show that recently appeared at the New York Fringe Festival, Catholic comedienne Katherine Williams is confronted by a Jewish friend over her identity as self-appointed shiksa: “You do know that’s derogatory, right?” Williams shrugs it off without missing a beat. “It just means that you’re a Gentile girl some Jewish guys find attractive.”

Indeed, there’s little that’s derogative about the entire production, a light-hearted look at the life of a goyish gal who can’t help but fall for nice Jewish boys. Williams, the show’s writer, performer, and titular shiksa, cracks wise about her problem while playing a host of characters, including herself: “I tried to find the nice Catholic boy I was supposed to, but for every Tony, Chad, or Alex I dated, there were three Bens, Joshs, or Seths who I was immediately drawn to.” Engaging and energetic, Williams is eager to dish on her love life. “Katherine’s been on top of more Jews than a yarmulke,” quips one character. Says another friend, “Katherine Williams likes Jews so much she gets laid right to left.”

Yet despite taking on potentially fertile topics for a farce of Jewish jokes and single-girl antics in New York City, “Shiksappeal” manages to resist the low-hanging grapes of stereotype and tell a story with heart and honesty.

Onstage, Williams shows a strong stand-up sensibility, with the requisite mix of bravado and bare honesty. She raises eyebrows and delivers lines with a sharp and confident kind of charm. In spotlit stand-up asides, she takes a page out of Sarah Silverman’s playbook and works and warps her “good Catholic girl” persona to solid comedic effect. Even when her humor leans towards the Borscht-belt-y, she’s ready with a defense: “I can say that. I have Jewish hair.”

For the other characters, Williams does a largely successful job of changing her physicality. Fellow comic Sheila, a high maintenance Upper East Sider, gets the nasally voice of the post-nose-job crowd and a haughty stance to support “the biggest natural breasts I’ve ever seen.” For Gary, her nebbishy Modern Orthodox buddy from acting class and “the Jewiest Jew I’ve ever met,” she adopts a wide-eyed straightforwardness. The impressions teeter on stereotype, but Williams is careful not to let them tip over.

Nor does she spare her own tribe from teasing. She describes her Irish Catholic father as a combination of curmudgeons that begins with Archie Bunker and ends with Mr. Frederickson from “Up” — complete with the dead wife and hatred of small children.” The final word in a debate over the merits of Christian holidays with her Jewish boyfriend is that “we have better holidays and all you have is parents who love you.”

But what makes gives this shiksa’s story real appeal is its emotional dynamism hidden behind its humor. Williams takes an easy topic for potshots and uses it to disarm, exposing a truer part of herself and her relationships with Jews. Her platonic friendship with Gary evolves from a platform for gags and misunderstandings to a real and constant source of support throughout her heartbreaks (“Pick up your phone! The sun went down 45 minutes ago!”). And as the dating merry-go-round eventually slows,

Williams finds herself involved with Devon, a guy whose Facebook lists him as a “non-practicing Jew” and “proud father of an amazing little boy named Jake.” But just as the trio comes together into an almost family, an easy night out for a bloody Mary leads to an unexpected honesty that forces Katherine to do some real questioning of her own. Looking into her faith and her friendships, she wonders if the latter can bridge a difference in the former. This, says Williams, was the theme of her work.

“It’s really about how your religion and upbringing dictates your relationships into adulthood,” Williams said in a post-show interview. “How you find those people in your life that you choose to commit to.”

After (gently) reining in the snark for conversations with Sheila, Devon, and Gary, she discovers that some, in fact, can survive — but only some. The narrative that comes to a close at “Shiksappeal”’s end is not just one of slapstick and misadventures, but a little commentary of its own on what it means to be chosen.