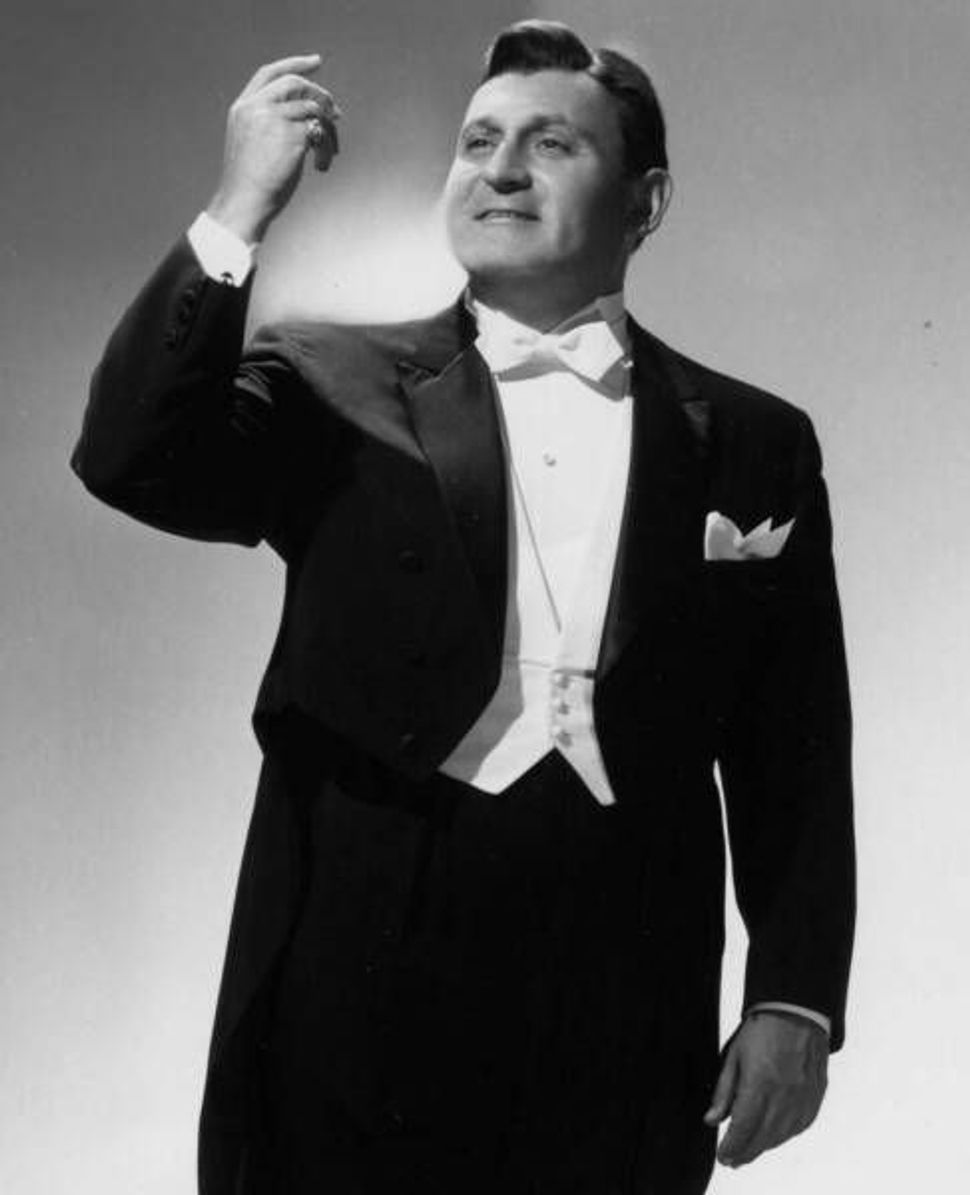 The late Richard Tucker, who went from being a celebrated cantor to the even more celebrated lead tenor of the Metropolitan Opera, would have turned 99 years old this month. In his honor, New York City mayor Michael Bloomberg has proclaimed August 28 “Richard Tucker Day” in New York City.

The Metropolitan Opera, the New York Philharmonic, Lincoln Center and Carnegie Hall will also lead online celebrations by posting Richard Tucker-related content on their social media channels. Richard Tucker enjoyed close ties with each of these New York cultural institutions during his lifetime.

At 5 p.m. in Richard Tucker Park (located in front of Lincoln Center at Broadway between West 65th and West 66th Streets), Barry Tucker, President of the Richard Tucker Music Foundation and son of the late American tenor, will be joined by Renée Fleming, superstar soprano and 1990 Richard Tucker Award winner, and by Cardinal Edward Egan, who is a member of the Tucker Foundation Board, to read Mayor Bloomberg’s official proclamation. In addition, recordings by Richard Tucker will be played throughout the afternoon in the park as well as in the nearby David Rubenstein Atrium at Lincoln Center.

Even the New York Yankees are getting into the act. Noted Metropolitan Opera tenor Matthew Polenzani, who was the 2004 Richard Tucker Award winner, will kick off the New York Yankees’ home game against the Toronto Blue Jays by singing the national anthem.

At 7:30 p.m., for those not at Yankee Stadium, there will be a free concert commemorating the illustrious tenor as both cantor and opera star at the Lower East Side’s historic Eldridge Street Synagogue. Tenor Paul Appleby, a 2011 Richard Tucker Career Grant winner, and bass-baritone Ryan Speedo Green, a 2011 Sara Tucker Study Grant winner, along with cantors Joseph Malovany and Gideon Zelermyer and a mysterious “special guest,” will join pianist Brian Zeger in an hour-long musical tribute to Tucker’s legacy.

And if all of this makes you hungry, throughout the day the Stage Deli will offer an off-menu special sandwich “The Richard Tucker Reuben,” in a nod to the American tenor’s birth name (he was born Rubin Ticker in 1913). The sandwich, a variation on the traditional Reuben, includes both pastrami and corned beef.