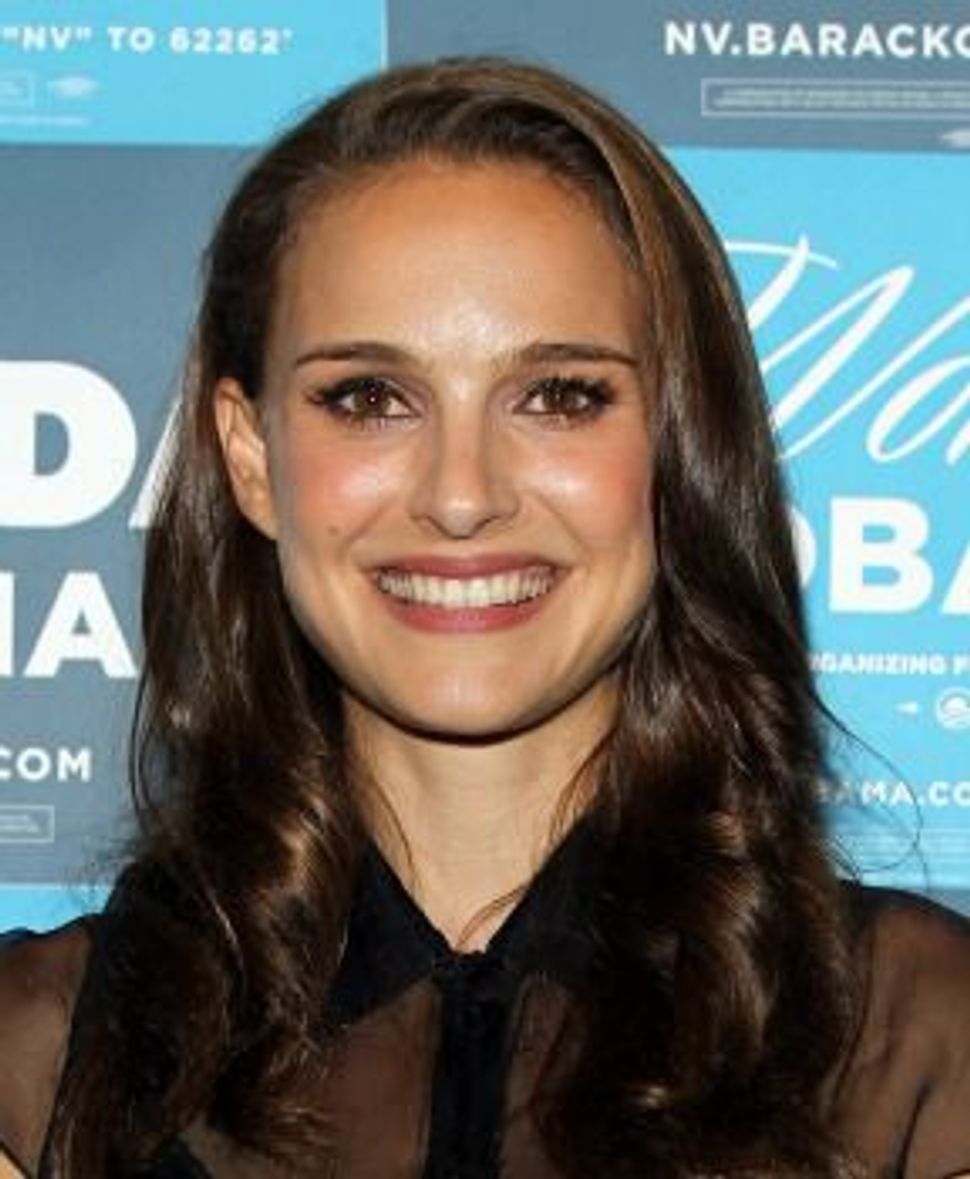 Natalie Portman stumped for President Obama on Saturday at the Nevada Women’s Summit, where she spoke about the president’s commitment to women’s rights.

Portman has a history of flexing her political muscle. In 2008, she defended Hillary Clinton against sexist barbs and then made phone calls for Democratic nominee, Obama. Four years before that, Portman took up John Kerry’s campaign as a cause.

In case you’re wondering what Portman wore while discussing politics (a collared blouse and pants), what color they were (matching black), or what Babble’s famecrawler thought of it (“uber-cute”), you can easily find that with a quick Google search.

But if you actually want to know what she said, scroll all the way down and click on the British Daily Mail article which goes into detail about her remarks. “The president has proven that he is a strong advocate for women and a defender of the issues that are important to women and their families, from affordable health care to fair pay and quality public education,” she said according to the Daily Mail.