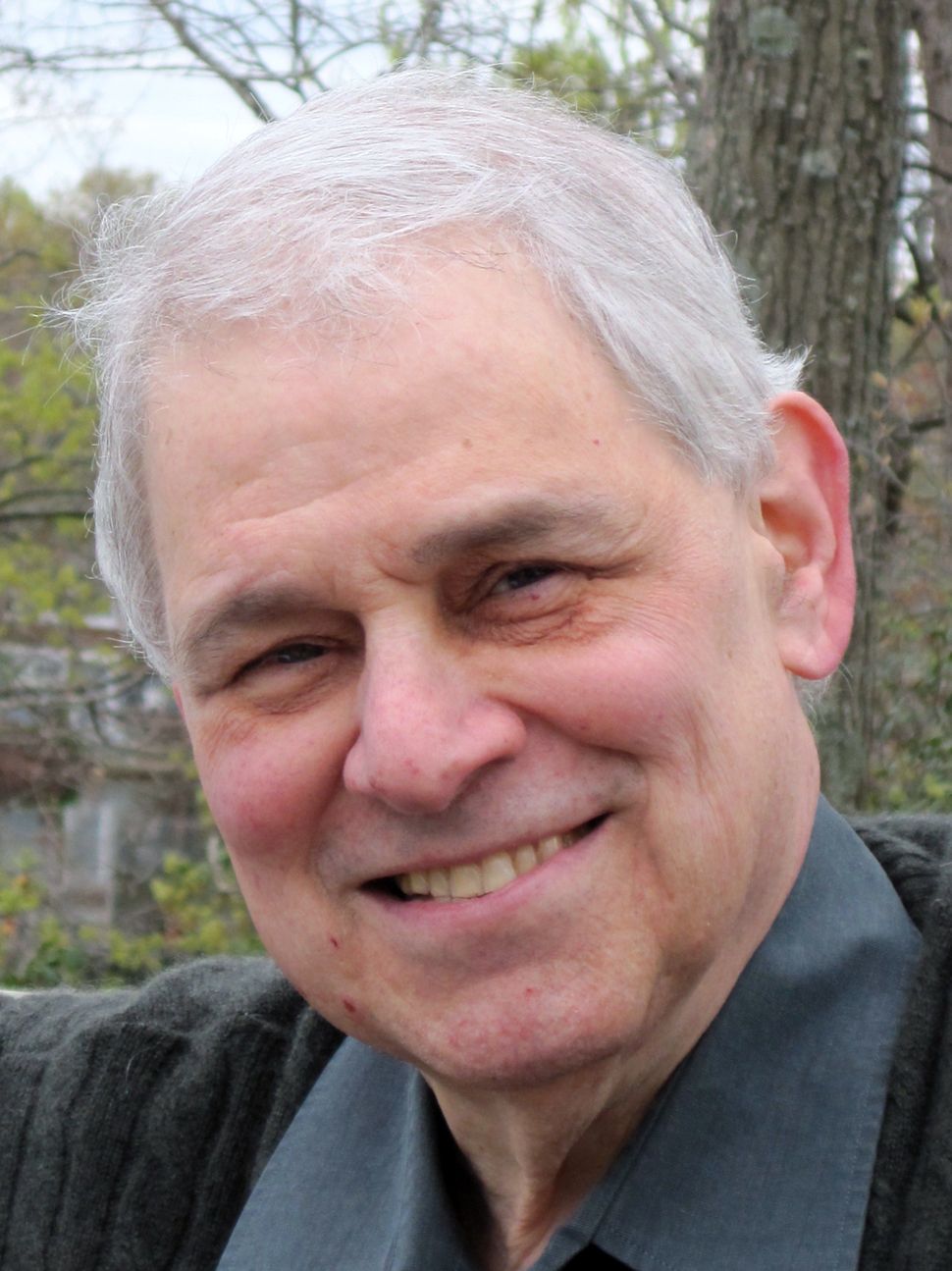 The internationally renowned playwright, poet, novelist, critic, and activist Meir Z. Ribalow, whose greatest legacy may be his profound impact on the lives of hundreds of other artists whose work he nurtured, furthered, supported and celebrated, died on August 23rd after battling prostate cancer. He was 63.

I first met Ribalow at a Seder given by my uncle, Rabbi Judah Nadich, during my first semester of college. We turned out to be related, vaguely. We talked baseball, and writing, and the Holocaust, and writing, and early films noir, and writing. I was eighteen, and thought I knew about these things. Meir knew about these things. When I got home to my dorm, the phone was ringing. Meir was calling to continue the conversation. It continued for nearly four decades. Meir didn’t teach me how to write, but he probably taught me how to be a writer. He taught me how to care for and support and teach and learn from other writers. He taught me how to immerse myself in my work without disappearing into myself. Very early in our relationship, I realized Meir was carrying on similar conversations with literally dozens of other artists, activists, and passionate people of all stripes . He awoke us all to ourselves, and to each other.

A deft satirist and exceptionally witty craftsman of dialogue, Mr. Ribalow’s work blends bleak comedy with bursts of ironic, surprisingly gentle humor and hard-won wisdom. The New York Times hailed his play, “Sundance,” as “A deceptively savvy cultural essay about the mechanics of a beloved American genre wrapped inside a pitch-perfect satire.” His dramas have received over 180 productions worldwide and regionally across the United States and Canada.

About Mr. Ribalow’s poems, which have appeared in The Paris Review and The New York Quarterly and have recently been collected in two volumes, “Chasing Ghosts” and “The Time We Have Misspent,” Pulitzer Prize winner N. Scott Momaday said, “His work is precise, perceptive, and provocative,” and Andrew Glaze called him “an intellectual who persists in the love of language, an aging lover who dates Dickinson but marries Millay.” Two novels, “Peanuts and Crackerjacks” and “Redheaded Blues”—along with a new play, “Masterpiece”—have all been published in the past eighteen months during a typically furious burst of creativity that his illness did little to slow.

Mr. Ribalow wrote articles for publications as diverse as The New York Times, The Sciences, Hadassah, and the program for the 1990 Kasparov-Karpov World Chess Championship, commented on films for the Discovery Channel, and hosted the online radio program “New River Dramatists” on ARTonAIR.org which has featured readings of work by Deborah Eisenberg, Alan Lightman, Sharon Pomerantz, and many others. His scholarly film commentary appears on the special edition DVD’s of High Noon and Sergeant York. A popular and widely respected educator, he has served for more than two decades as Artist-in-Residence, teaching screenwriting and film studies classes, at Fordham University. A New York native, he was also a long-standing member of The Players – serving on committees and leading groups of poets and writers in monthly workshops.

Born into a family of writers and scholars—his grandfather, Menachem Ribalow, edited the only weekly magazine published in Hebrew in the United States, and his father, Harold, was an internationally renowned author and anthologist of Jewish literature—and supported and encouraged by his passionately engaged mother, Shoshana, and sister, Reena (also an award-winning poet and fiction writer), Mr. Ribalow graduated from Phillips Exeter Academy in 1966 and was a University Scholar and Class Poet at Princeton.

Even as his own career took root, however, Mr. Ribalow began devoting himself both to cultivating the gifts of others and to stewarding of the planet. He was a co-founder and Vice President of the Creative Coalition, a not-for-profit group of entertainment professionals devoted to social and environmental issues, working alongside fellow board-members Alec Baldwin, Christopher Reeve, William Baldwin, Blair Brown, Ron Silver, and Stephen Collins. As Arts Coordinator for the Global Forum Conference at the 1992 Earth Summit in Brazil and 1993 World Summit in Kyoto, Mr. Ribalow recruited Al Gore, John Denver, Edward James Olmos, and many others to perform and give talks; worked with Mikhail Gorbachev, Thor Heyerdahl, Robert Redford, and served on a panel with the Dalai Lama.

Perhaps the achievement most distinctly representative of Mr. Ribalow’s ethos was his role as Founding Artistic Director of New River Dramatists, the creation of which was the lifelong dream of indefatigable producer and Founder, Mark Woods. New River offers playwrights week-long residencies in the mountains of North Carolina, during which they concentrate on work-in-progress and then gather to hear dramatic readings of their efforts by top-flight professional actors, followed by structured feedback sessions, led by Mr. Ribalow. Mr. Ribalow attracted and mixed established, high profile playwrights such as the late James McLure, Wendy Hammond, Richard Dresser, Lee Blessing, Stephen Adly Guirgis, and many more too numerous to mention, with lesser-known, often young, but always deserving writing talents such as inaugural McLure Fellowship and 2012 O’Neill Residency winner Hilary Bettis. Lee Blessing summed up his experience at New River—and, in a way, Mr. Ribalow’s vision—by saying, “One of the hardest-achieved goals, for any playwright, is to find a community, a welcoming context…New River provides exactly that, and with a sincerity of commitment I have rarely encountered,” while James McLure said simply, “This is what I live for.”

Denis Johnson, playwright and winner of the National Book Award commented, “Sitting at the feet of other playwrights, marveling at the talents and spirit of fine actors – the experience changed me.” And from N. Scott Momaday, Pulitzer Prize-winning author, “This is a brilliant venture and I should very much like to continue to be a part of it… If I could spend a month in a place like this, I could write something REALLY good.”

Mr. Ribalow is survived by his mother, sister, nephew Shaiel and niece Riora, and by a grateful and still-expanding community of artists, writers, actors, performers, and philanthropists who learned much of craft and even more of care through his vision and by his example.

Glen Hirshberg is the author of “The Book of Bunk”