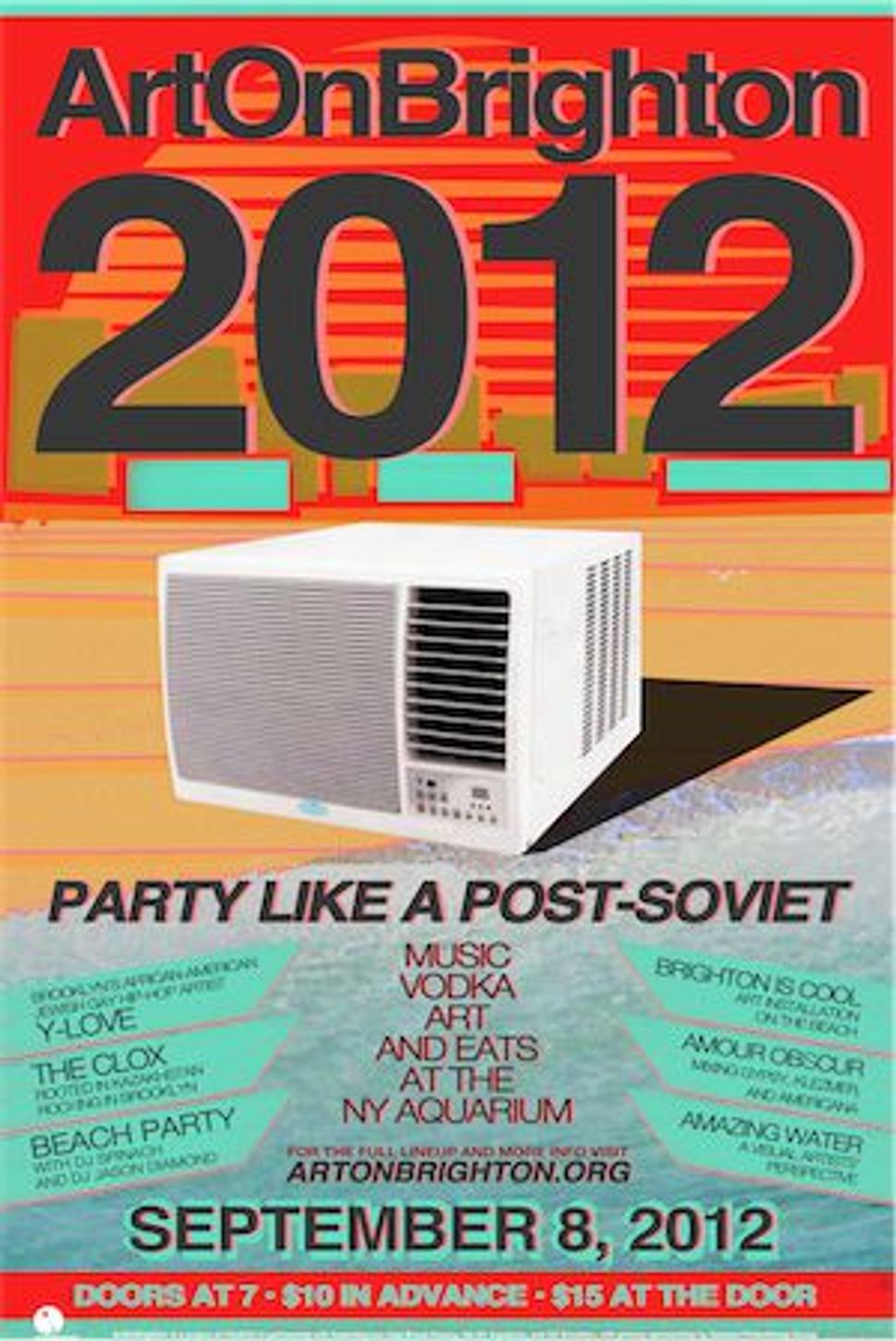 ArtOnBrighton will be held at the New York Aquarium and adjacent beach, and will feature visual art and performances by some of the community’s artists, musicians and entertainers, as well as a beach dance party in the evening with fire spinners and a beachside art installation.

“In today’s Russian-Jewish community, Brighton Beach has become more of a blemish than an icon of our existence, because we’ve moved on from who we were 25 years ago,” said Lisa Grebenyuk, program director at the Council of Jewish Émigré Community Organizations (COJECO) and a post-Soviet Jew.

“We’re now multi-cultural, metropolitan, living all over New York City and certainly not just on Brighton Beach. And so the idea was to take back Brighton and embrace it, rather than turning away and pretending it wasn’t part of who we are.”

Featured among the impressive lineup of talent are comedian Kira Soltanovich, “gypsy steampunk” Emperor Norton’s Stationary Marching Band, award-winning sideshow performer Lady Aye, and Brooklyn-based African-American Jewish hip-hop artist Y-Love, who stirred up media buzz and controversy in the Jewish community this past spring when he came out publicly as gay.

“Y-Love may not seem like a natural go-to as a headliner for a post-Soviet Jewish festival, but he approaches Judaism with a curiosity that is similar to our generation’s,” said organizer Margarita Korol, an “urban pop artist.” Like the young generation of post-Soviet Jewish youth growing up in New York today, Y-Love embraces elements of Judaism in somewhat unconventional ways — which is his appeal.

Y-Love won’t be the only one mixing flavors at the festival. Contradiction seems to be something of a theme, with bands mixing klezmer and punk rock, or hiphop with soul. The artists do not hesitate to juxtapose sounds and imagery in the spirit of the ever-evolving culture they are honoring.