Mayan Apocalypse: Good for the Jews? 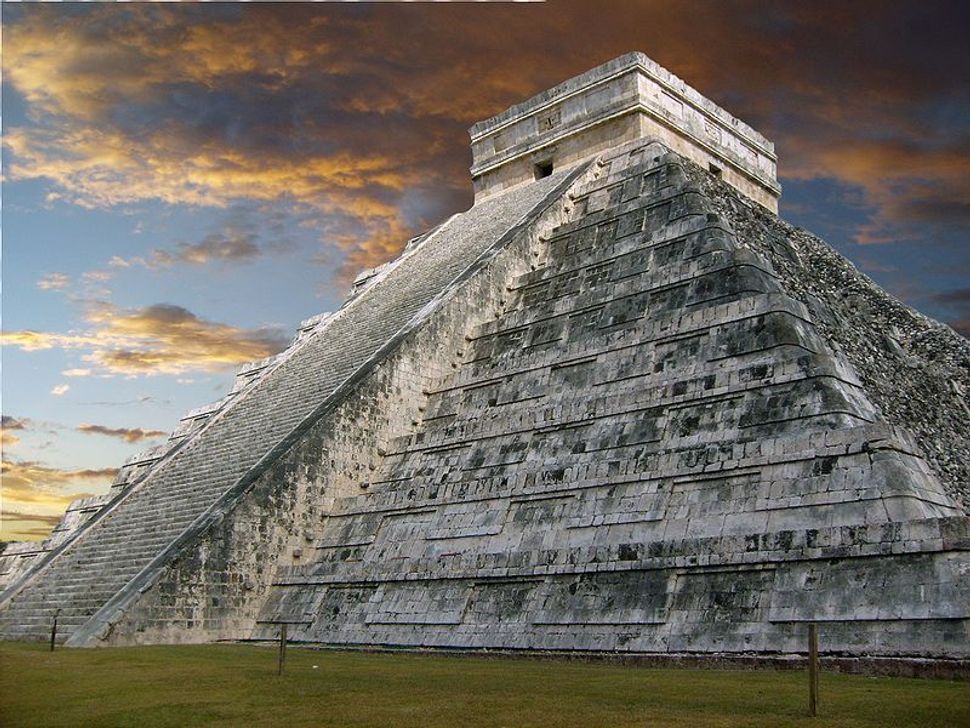 Don’t know whether to say the “Av Harachamim” prayer before Shavuot? Wondering about the obscure fast of the Eighth of Sivan? Hedging your bets as to which Christmas to observe as “Nittel” and refrain from Torah study — Eastern Orthodox or December 25? How about the Mayan apocalypse? If any of these are a major concern, the calendar “Luach Davar B’Ito” (“Each Thing in its Proper Time”) of Mordechai Genut is the place to look. 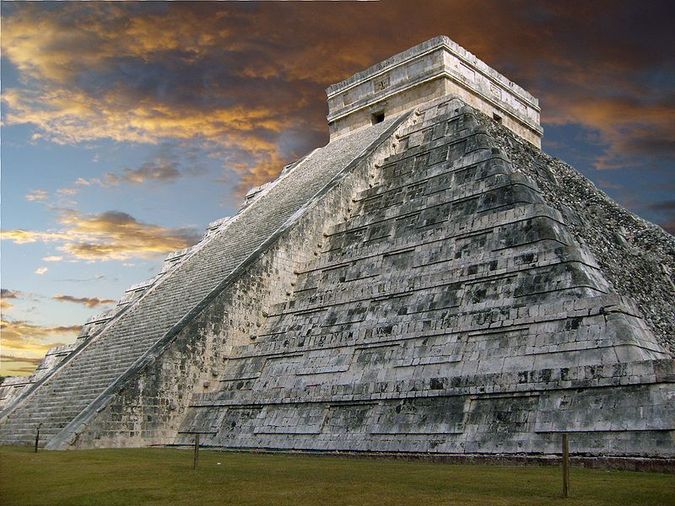 For most people, the Jewish calendar can come from the supermarket or Chabad.org. For hardcore ultra-Orthodox calendrical nerds, only the ”Luach Davar Beito” will suffice. Besides the normal candle lighting times and synagogue rituals, the calender is teeming with esoterica and obscure customs. Genut’s 28-year-old project includes sections on what to do if the Messiah comes this year, a special section on Jonathan Pollard’s 10,000th day in prison and an excursus on the 60th anniversary of David Ben Gurion’s famous meeting with the ultra-Orthodox luminary, the Hazon Ish.

And that’s only when Genut limits himself to the Jewish calendar. Besides a chapter on Muslim intercalation methods (“the Muslim year begins tonight with the sighting of the moon in Cairo”) this year’s luach has a special section on the Mayan apocalypse, which falls on the 8th of Tevet. Genut writes that he would have refrained from mentioning it, except that “the exaggerated concern with the Mayan prophecy has arisen in large portions of the community that reads the luach.” For Genut, the whole thing reminds him of Y2K, “see the 23rd of Tevet, 5760.”

From there Genut proceeds to describe the culture and science of the Mayans for a Haredi audience, beginning with the work of Jose Argüelles, the New Age writer who first popularized the idea of the Mayan apocalypse.

As an amateur astronomer, Genut is most impressed by the claims made about Mayan astronomy. “Their calendar is off by 1/10000th from ours,” he writes, and “accurately predicted 69 eclipses.” As a Jewish calendar afficianado, he notes that the Mayan calendar “began on the 15th of Av 647, August 11th 3114 BC, 25 years after the birth of Hanoch ben Jared and 40 years before the birth of Methusaleh.”

Genut doesn’t buy all of Argüelles’s claims, however. He quotes Mark van Stone, a noted skeptic on the Mayan phenomenon, who tells us that “the idea that some kind of supercycle is ending is a thoroughly modern idea.” Don Yeoman of NASA adds that it’s “just like a calendar that begins on January 1st.” Genut addresses the ideas of Planet X and Nibiru, prudently noting that neither have ever been observed. He helpfully lists dozens of other apocalypses which never came to pass.

So, is the Mayan apocalypse good for the Jews? Genut quotes Rabbi Matisyahu Glazerson, who notes that the Vilna Gaon said that the “birth pangs of the Messiah” would last 70 years. The Holocaust was undoubtedly part of these birth pangs, and it began approximately 70 years ago. Furthermore, we are at “midday of the sixth millennium”— an especially propitious time to fight the influence of the Erev Rav, or mixed multitude that left Egypt with the Children of Israel and which has been a metaphysical bane to kabbalists ever since. Finally, “Rabbi Yekutiel Fisch heard from Rabbi Shlomo Zilberman of the old city of Jerusalem a tradition in the name of the Vilna Gaon that 5772 would be a year of redemption.”

Speculation on the coming of the Messiah is a common Jewish pastime. Couching that speculation in terms of the Mayan apocalypse, however, is unprecedented. Elisheva Carlebach of Columbia University, an expert on the Jewish calendar, notes that “virtually every Jewish calendar incorporated a non-Jewish calendar for practical reasons, to serve as a guide to the majority culture and its economic cycles.” The use of the Mayan calendar is “a novum” occasioned by “its status as a pagan, and vanished, culture, that has nevertheless penetrated Haredi culture and captured broad imagination.”

Genut assures us that he won’t be unique for long. “There are other books and collections on their way” to discuss the Jewish perspective on the Mayan apocalypse. Barring some unforeseen cataclysm, we can look forward to a bevy of Mayan-themed Haredi messianism in the coming year.

Mayan Apocalypse: Good for the Jews?