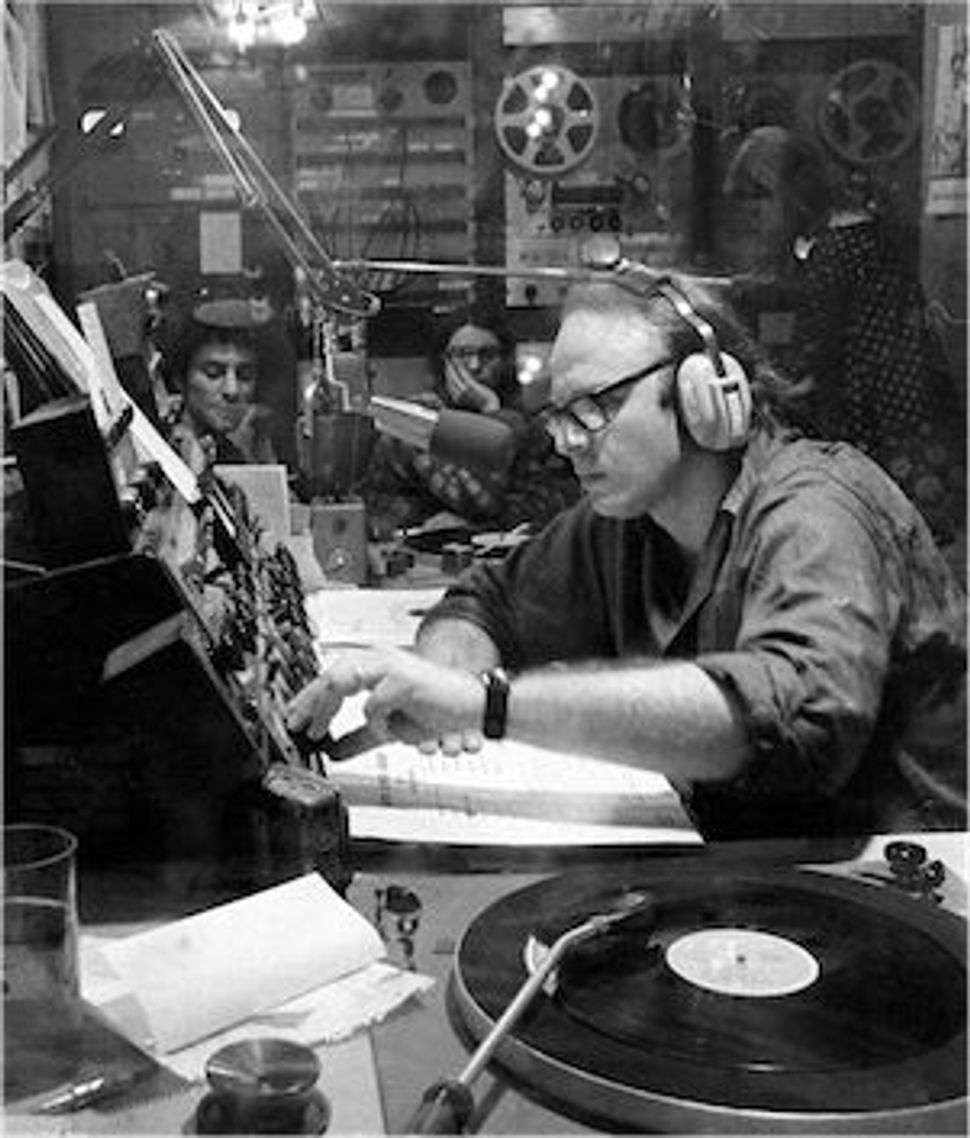 Those of you who are up on your 1960s counter-culture know that the Yippies were formed, for the most part, by a group of Jewish troublemakers from Manhattan’s Lower East Side. Some of those mischievous Yidden are no longer with us: Abbie Hoffman committed suicide in 1989, Jerry Rubin got hit by a car in 1994 and Stew Albert died of cancer in 2006. But Bob Fass is alive and well and living on Staten Island. Nearly a half-century after starting his late night radio program on WBAI-FM, Fass is still on the air keeping the movement alive. 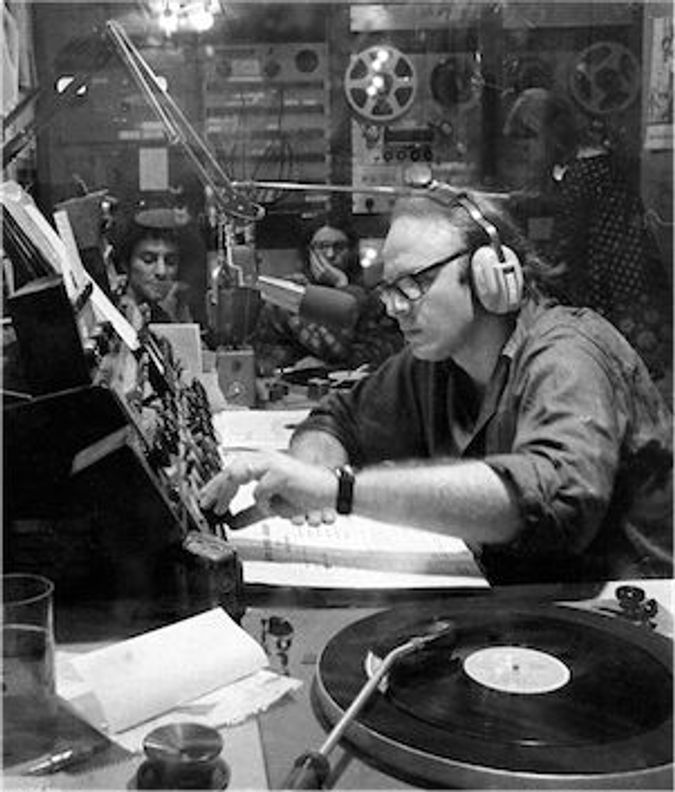 “Radio Unnameable” is the name of Fass’ free-wheeling live radio show and it’s also the title of a new feature length video documentary that tells its story. The night after Rosh Hashanah those who still have a bit of a freak flag flying will want to head over to Film Forum in Manhattan, where the doc begins a two-week run. On October 4 the film will open the Voices in Action: Human Rights on Film festival in Portland, Oregon (the Rose City screening is sponsored by KBOO, Portland’s version of WBAI). And just before Labor Day, Kino Lorber, Inc. announced that it had acquired North American distribution rights to the documentary, so the story of Fass and his free-form radio show will be screened in St. Louis, St. Paul and other cities in the coming months.

Full disclosure: this reporter began his radio career after being mesmerized by Fass on “Radio Unnameable” in the early 1970s. The tall Brooklyn-born broadcaster once attended a Seder at the Kalish loft where he screened a lengthy video of Abbie Hoffman making gefilte fish from scratch and TV footage of Bob Dylan performing at the Vatican. In Fass’s mind, this was totally appropriate Passover fare.

Many working in public broadcasting today acknowledge that the counter-cultural legend has had a profound impact on live radio. Fass, who is now 79, still does his three-hour program every Thursday at midnight, mixing listener calls, studio interviews, recorded music, live performance and anything else he can patch into the sound board at WBAI.

At the height of his popularity, which extended into the mid-1970s, Fass was on the air five nights a week from midnight to 5:00 a.m.

Husband-and-wife filmmakers Jessica Wolfson and Paul Lovelace are not longtime WBAI listeners, though Wolfson reports her mother was “a big BAI fan.” Their documentary shows that as a pioneer in presenting live music on the radio, Fass introduced his listeners to an unknown artist named Bob Dylan, one among many who strummed their guitars on Radio Unnameable. Arlo Guthrie’s “Alice’s Restaurant” had its first radio airing as a live performance on Fass’s show, and when Jerry Jeff Walker sang “Mr. Bojangles” for the first time before an audience, it was for “Cabal,” the name Fass coined long ago for his radio listeners.

The 87-minute “Radio Unnameable” doc is clearly a love letter, not a warts-and-all look at Fass, who once told the Forward, “What I do is entertain and spread compassion. I sit in a room and have great thinkers, musicians and comedians talk to me. It’s been great.”

Watch the trailer for ‘Radio Unnameable’: