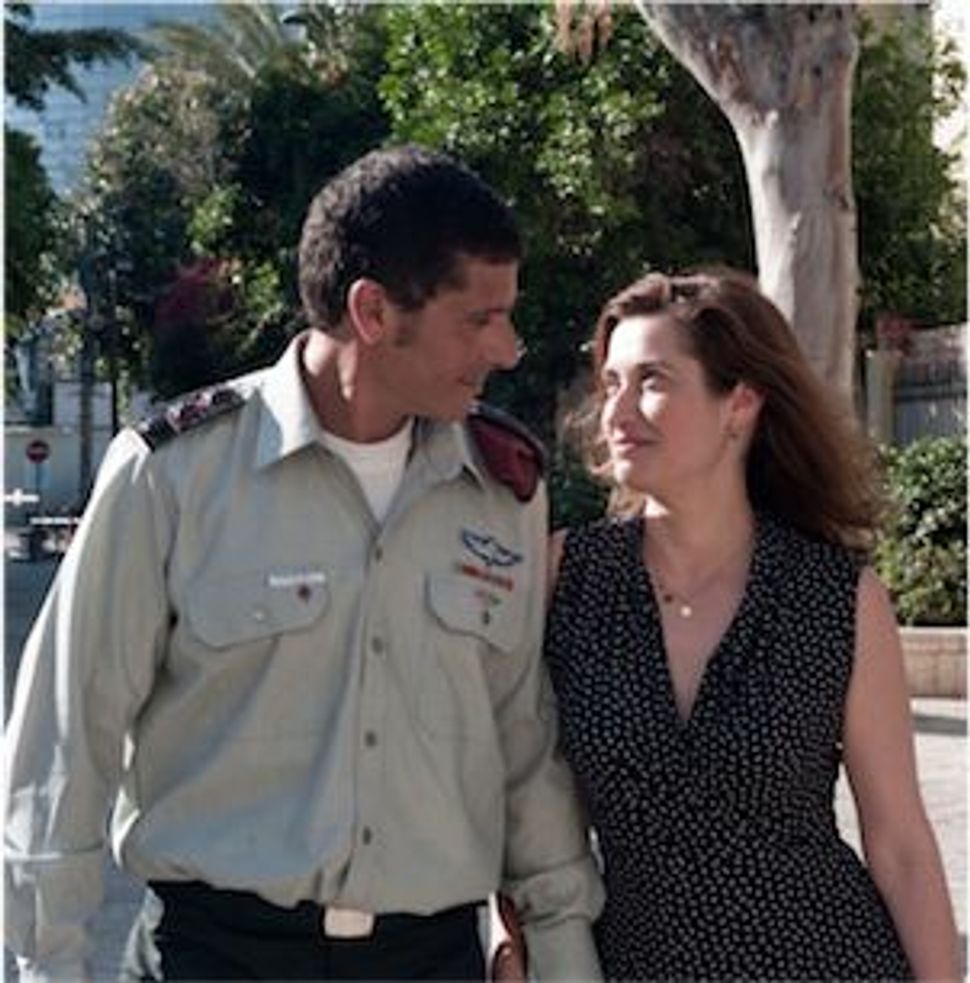 The story’s premise involves a baby mix-up at a Haifa hospital during the Iraqi missile attacks on Israel during the Gulf War of 1991. When Joseph (played by Jules Sitruk), grows up and is about to be inducted into the military, it’s found that his blood type is incompatible with his parents’. When a follow-up investigation concludes that he was born as the son of West Bank Palestinians, to a mother who happened to be in Haifa at the time, his enlistment is cancelled.

Joseph’s father, Alon (Pascal Elbé), is an army colonel while his mother, Orith (charmingly played by Emmanuelle Devos), is a physician who approves inquiring further into the mystery of Joseph’s biological parentage.

It turns out that Joseph’s Palestinian father is an engineer who is restricted by the Israeli occupation to working as a car mechanic in his village, virtually in the shadow of Israel’s security wall. The Palestinian mother, Leila (Areen Omari), is an elegant and sophisticated housewife who speaks French. She bonds quickly and easily with her Israeli counterpart, Orith. The fathers, however, do not react well to their perplexing situation. Nor does one of the siblings.

The Palestinian son, Yacine (Mehdi Dehbi), has begun studying medicine in Paris and proves himself to be self-confident and enterprising, even showing Joseph how to sell ice cream on the beach in Tel Aviv. Joseph is basically a callow (albeit good-natured) youth who aspires to be a musician. Since the Israeli family has roots in France and speaks French at home, this makes French the characters’ primary language.

One minor inauthentic note is that Joseph, who was brought up in a secular Israeli home, is portrayed as having studied in an Orthodox yeshiva. This helps illustrate how Joseph’s life is suddenly turned upside down with the discovery that he’s not biologically Jewish: His rabbi explains that he’d need to undergo a conversion procedure, however pro forma.

While such an abrupt loss of identity would be traumatic for any Israeli previously considered Jewish, Joseph seems to be not in the least bit religious, and is hardly likely to have been a star pupil of an elderly Orthodox rabbi.

More than once, “The Other Son” hints at plot turns that it does not take. Menacing situations abound and a potential romantic involvement goes nowhere. Yet I was relieved when it didn’t end as I had thought it would. There is no definitive resolution, but it hints at something upbeat. Still, one wonders if this wasn’t a cop-out.

Watch the trailer for ‘The Other Son’: