Natalie and ScarJo Hit the Convention 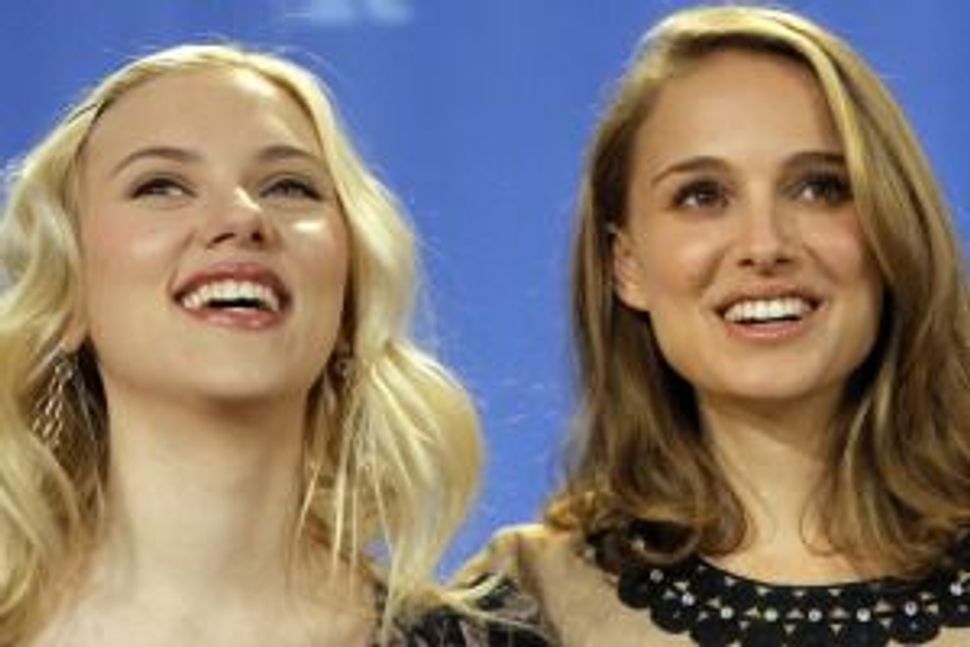 Natalie Portman and Scarlett Johansson will be speaking tomorrow at the Democratic National Convention, according to news reports. Portman, a longtime supporter of President Barack Obama, is an unsurprising pick. But the choice of fellow actress Johansson, whose support has been far less public, is a pleasant surprise.

More pleasant, we predict, than Clint Eastwood’s appearance at the Republican National Convention. We can be fairly certain that no one will allow any extra chairs onstage this Thursday, when the ladies are expected to speak.

It can’t be ignored that inviting Hollywood speakers is a risky move no matter who is involved. But the two parties seem to have fallen into their stereotypes in choosing which actors to bring in: the Republicans went with Eastwood — old, white — while the Democrats picked Johansson, Portman and Kerry Washington and Eva Longoria as well — all women or minorities.

The appearance of Portman and Johansson, along with Kerry Washington, is only a rumor today [http://www.latinospost.com/articles/3689/20120905/dnc-convention-2012-schedule-speakers-live-will.htm], but we’ll learn its veracity tomorrow. They’re purportedly scheduled to appear after a Foo Fighters performance. Vice President Joe Biden and Obama will also appear on Thursday, though probably in less glamorous outfits.

And, let’s be honest, we’ve heard Obama speak before, and Biden usually puts his foot in his mouth. Bring on the Hollywood stars!

Natalie and ScarJo Hit the Convention