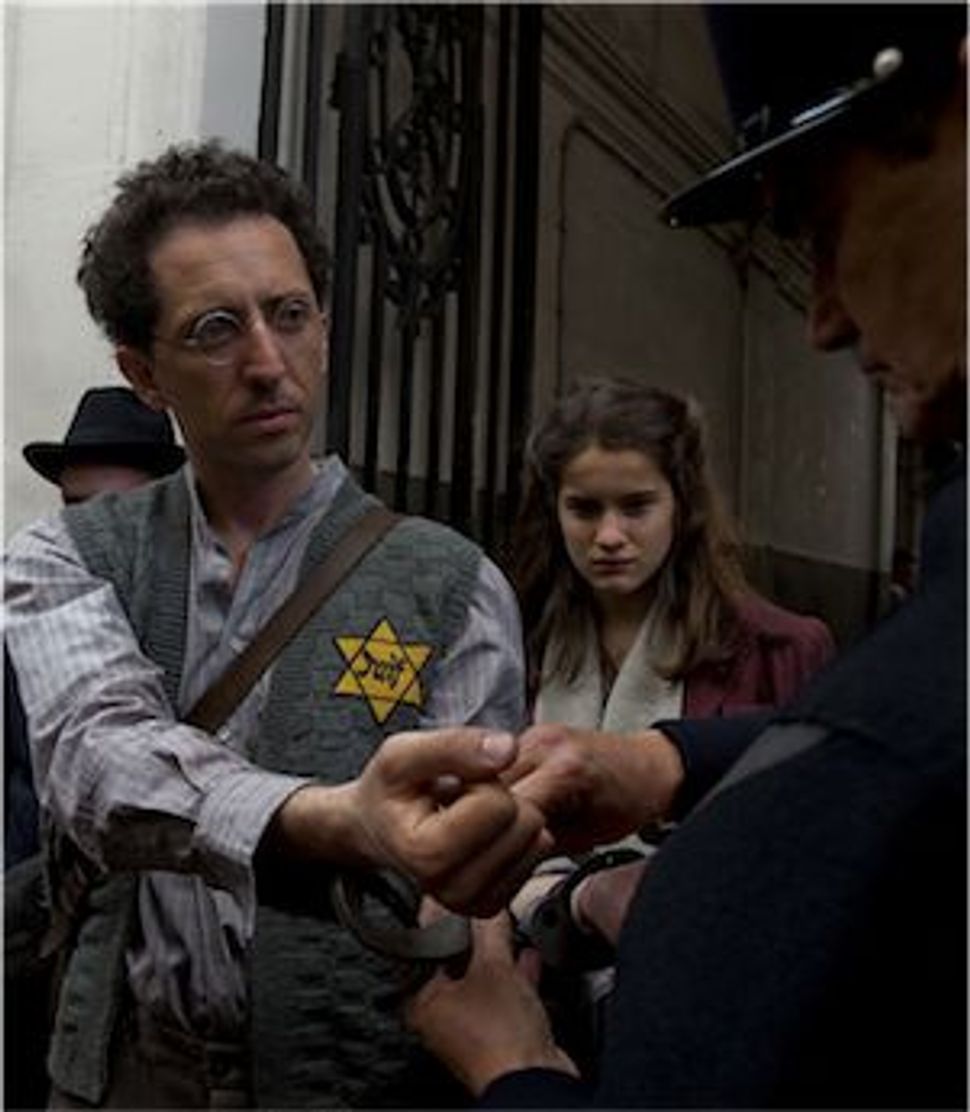 Watching “La Rafle,” which dramatizes the painful episode of French police rounding up 13,000 Parisian Jews, including 4,000 children, in July 1942, is difficult enough given its grave subject matter without also having to consider questions of artistic merit. 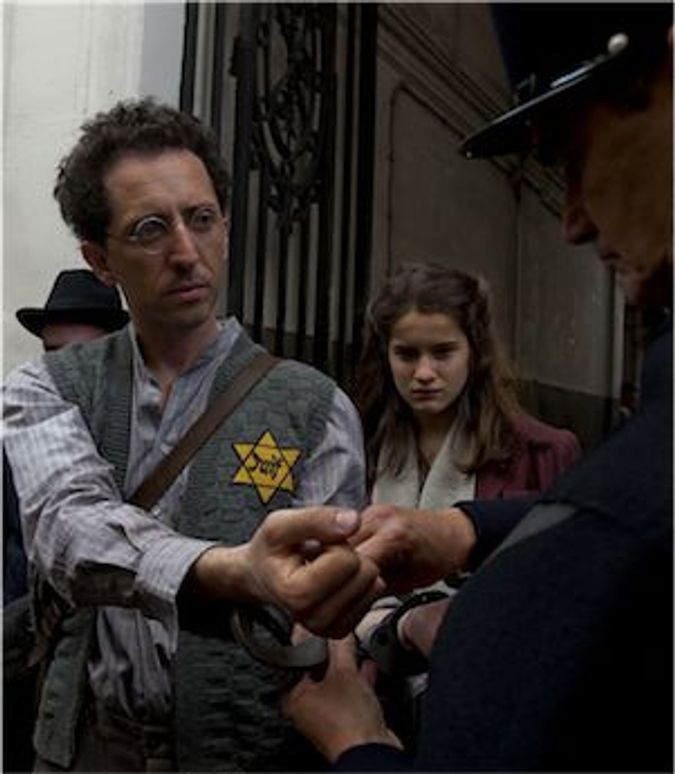 With the help of thousands of French police working from immigrant registration records, Vichy leader Philippe Pétain and his subordinates packed up foreign Jews and their children for deportation with barely a second thought. The captives were first shunted to Paris’s Vélodrome d’Hiver racing stadium. Within days the place become rank; little food or water was available, human waste blocked up the plumbing, and medical needs threatened adults and children alike. Afterward, these Jews were interned at a bare-bones French transit camp in Beaune-la-Rolande before their final exit from French soil.

Written and directed by Rose Bosch, whose Jewish husband lived in the Butte Montmartre neighborhood where the film’s main characters reside, “La Rafle” is a skillful reconstruction of time and place based on substantial historical research and interviews with survivors. Concentrating on several working-class Ashkenazi families, Bosch sets the stage by presenting vignettes of daily Jewish life under Occupation. Increasing social and professional restrictions isolate the Jews within their enclave. Non-Jewish neighbors rise to the occasion, or not, depending on personal prejudices or temperament. From the vantage point of three lively, sometimes mischievous Jewish boys — 11-year-old Jo Weismann, his friend Simon Zygler and Simon’s 5-year-old brother Nono — the audience shares an innocent worldview knowing that a cynical adult world awaits to rob them of their futures.

Jo’s family experience, inspired by survivor Joseph Weismann, shows us how his father, Schmuel, a Polish working-class Jew happy to live in Paris, realizes too late that he has put misplaced trust in the French Republic. This appears to be the common lot of the grown-ups, each sure that the worst cannot happen in France, which to them is a beacon of hope. Before the roundup, the Jewish kids, stars of David sewn onto shirts and blouses, even sing paeans to Maréchal Pétain, who was presumed to have saved the nation.

Scenes of the roundup itself are horrific: families are brutally awakened in the dark of early morning, a daughter’s desperate attempt to alert her father is foiled, and one young mother throws herself out of a window to the courtyard below. Shortly, we follow a young Protestant nursing graduate, Annette Monod, as she enters the Vélodrome where she has been assigned to give medical aid. Working alongside a veteran Jewish doctor named David Scheinbaum, played with bearish sobriety and warmth by Jean Reno, Annette — actress Melanie Laurent — stands in the film both for a real person, now dead (who once gave eyewitness testimony of the events depicted), and for all such French men and women who resisted.

Laurent, who was the vengeful Jewess in Quentin Tarantino’s “Inglorious Basterds,” lends Annette stoicism, quiet charm and a believable if sometimes strained righteousness. Wisely, her interactions with Scheinbaum and another nurse address potential problems of credibility, so that her saintliness remains within human bounds; she is simply a person (and a minority Protestant) with a true moral center. In high dudgeon, she recklessly tells a French policeman that he might have resigned his post rather than follow orders in the hell hole of the overcrowded Vel d’Hiv. At Beaune-la-Rolande, she complains of insufficient rations — and to prove her point, limits her intake to the same rations in order to write of the experience to the local prefecture.

But finally, it is the children’s film, because their innocence, along with their friendly loyalty to each other and to their families, puts the utter depravity of their collapsing world into high relief. Twin boys share the role of Nono, and older non-professionals play Simon and Jo. Bosch and her casting director are lucky in their choices, for the boys — along with the young girls who play older sisters and classmates — bring an unflashy naturalness to their performances.

Mathieu and Romain Di Concerto steal every scene they play as little “Nono,” a pipsqueak of curiosity who also conveys a marvelous childish gravity. As a counterpoint to the tender comedy of Nono, Hugo Leverdez assumes the role of “Jo” with elegant authority, and makes the awful rupture of his young life the believable prompt for his own heroism.

“La Rafle” is not without faults; it is finally a work of art on a Holocaust theme, an area so fraught with pitfalls that even the greatest cinema artists have stumbled — or at least briefly tripped. While Bosch obviously wished to give historical context to the roundup, her inclusion of scenes of Hitler determining policy on French Jews with his inner circle have the unfortunate effect of reminding us that an actor in not very good make-up is doing a merely competent job of imitation. Her opening credits already used black-and-white footage of the real Hitler entering Paris, which was chilling enough. No brief simulacrum of Hitler — whether to fill in historical detail or to score ironic points — can satisfy or further illuminate our entrenched view of a monster, however horribly human that monster was.

Indeed, in its darkest passages, and there are certainly enough here, “La Rafle” reminds us that our “humanity” is scarily fragile. Those who argue that the Shoah bears no comparison may miss the point that it should not take a holocaust to awaken our consciences. If it does, then we are already too late.

Watch the trailer for ‘La Rafle’: