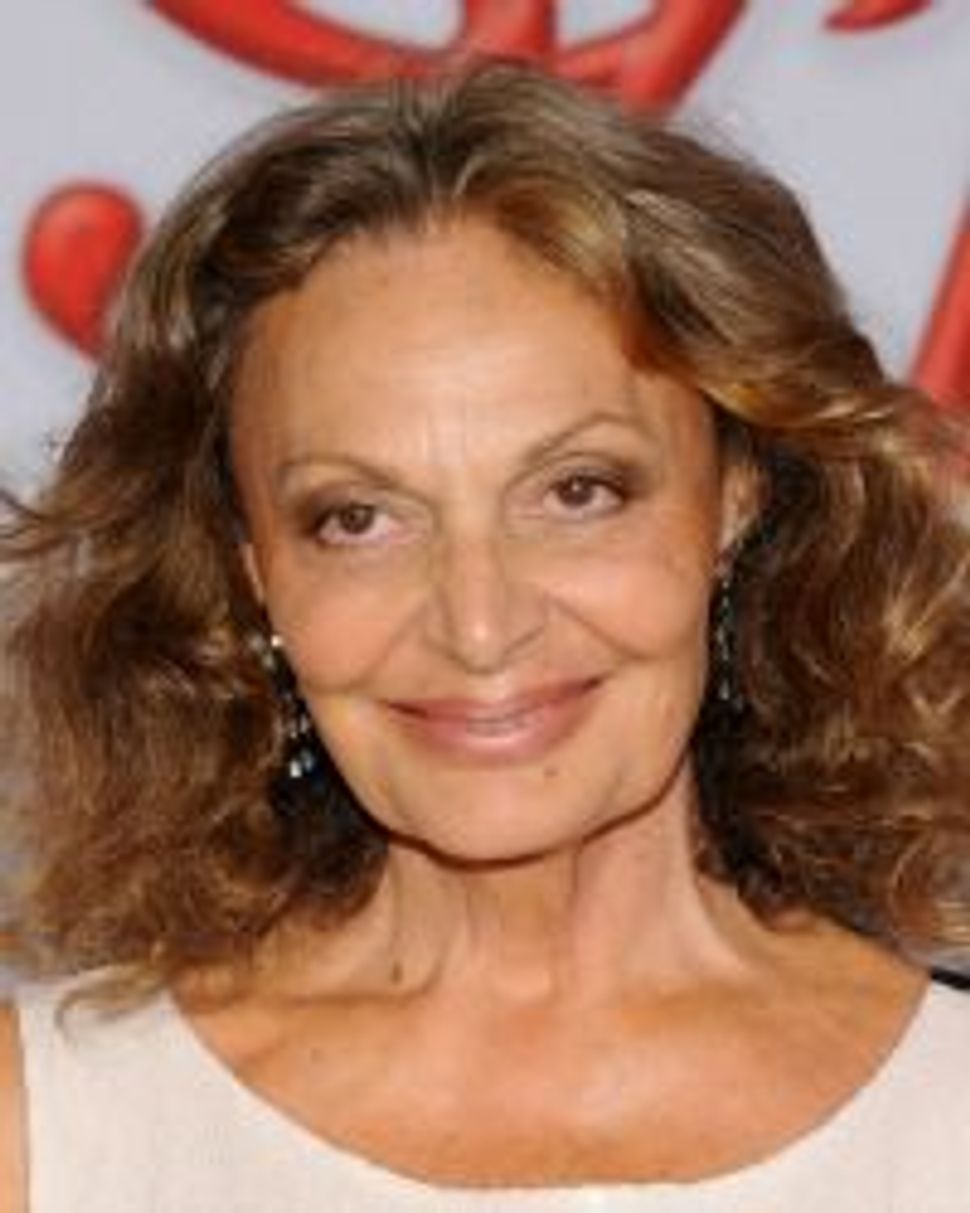 Von Furstenberg launched her first clothing line in 1972 with a simple but bold statement: “Feel like a woman. Wear a dress.” Today she is known for her iconic wrap dress, which comes in colorful floral, hippy-esque patterns as well as softer, more elegant tones. She also creates sportswear, fragrances and beauty products. She is also the president of the Council of Fashion Designers, where she has taken bold steps to crack down on the use of underage and underweight looking models.

When Von Furstenberg entered the fashion world she was a princess, married to Prince Egon of Furstenberg. They divorced in 1972 (just as she launched her first line), which stripped away the title ‘Princess,’ but the designer continues to use the royal surname.

She was born in Brussels, Belgium as Diane Simone Michelle Halfin, to a Romanian father and Greek mother. Her mother, Liliane Nahmias, was a Holocaust survivor and was in Auschwitz just 18 months before Von Furstenberg was born. In an interview posted on the UJA of New York website, Von Furstenberg said that her mother always pushed her ahead in life, teaching her that “Fear is not an option.”

Furstenberg is also vocal Obama supporter. This year, at the Fashion’s Night Out party at her headquarters, Von Furstenberg was shooing everybody out, encouraging them to go home and watch the President’s speech at the Democratic National Convention.

“I think we’re all looking for some lightness and happiness,” Von Furstenberg said at the start of Fashion Week, according to the Associated Press. “And I hope I am bringing that to my collection.”