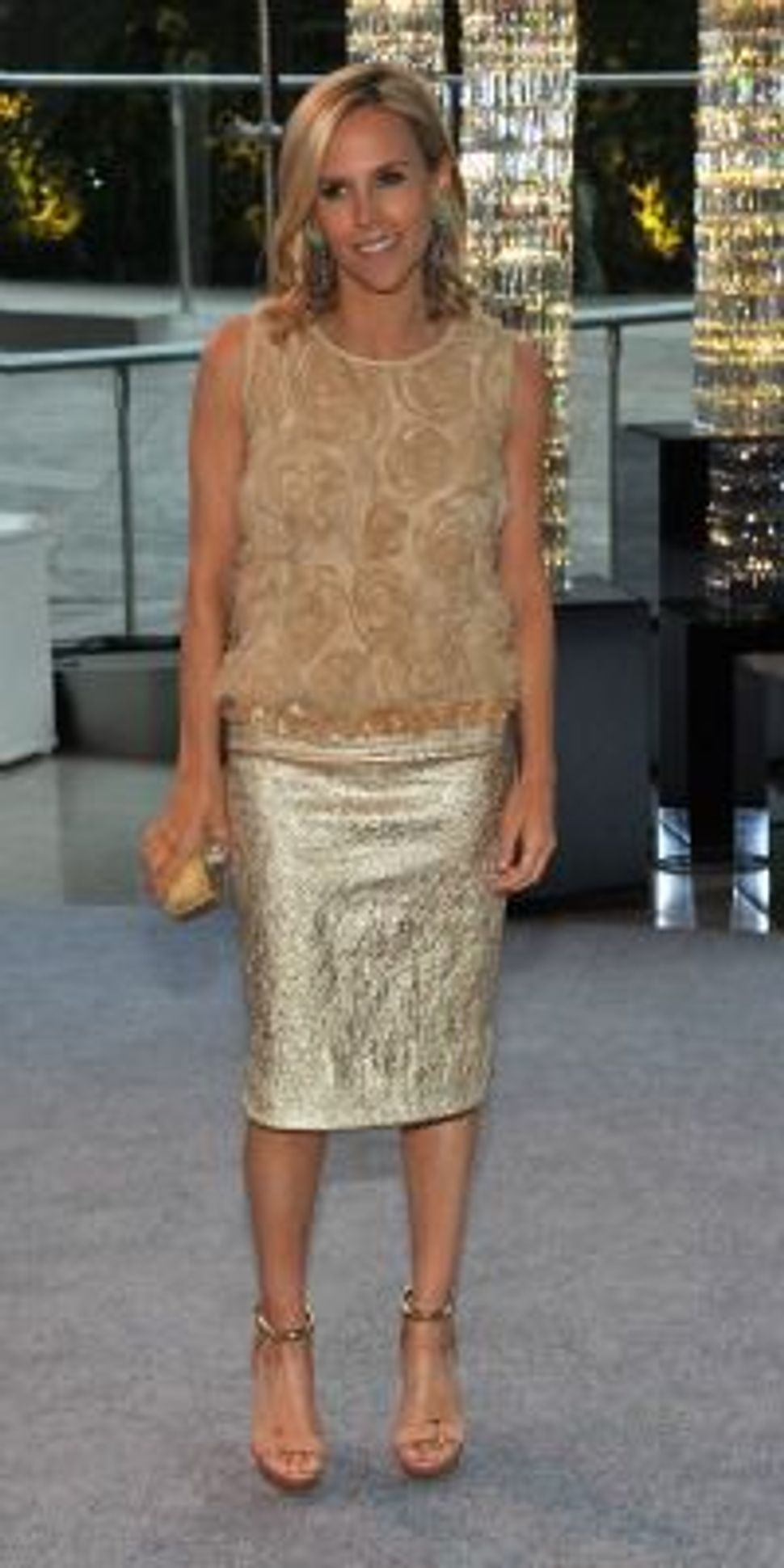 Burch, whose mother is Jewish, grew up in Philadelphia high society. She attended the University of Pennsylvania and worked for many designers, including Ralph Lauren, Vera Wang and Narciso Rodriguez. She now runs one of the country’s most successful women’s clothing brands, making clothes that are sophisticated yet wearable.

Launched in 2004, Tory Burch’s company sells clothes, handbags, shoes and jewelry. Oprah endorsed her line in 2005. Shoppers flock to her flagship boutique in Soho, which is designed to feel more like a living room than a store. Her brand is known for its bright, graphic prints, bold colors and tiny, unique details. Her clothes are at once preppy, fun and sophisticated.

Burch tweeted that her inspiration for this morning’s show is “American prep remix meets magpie traveler.” The outfits were very diverse, not resembling one another in the slightest and all screamed adventure and individuality. While one model wore a long, flowy yellow dress that an Instagram user described as a “burst of sunshine,” another wore a professional-looking summer suit brightened with dark coral accessories. My favorite was a white form-fitting dress with shiny, red details around the waist and down the front.

About the show, the Council of Fashion Designers of America tweeted: “Traveled the world with @toryburch this am and LOVED every minute.”