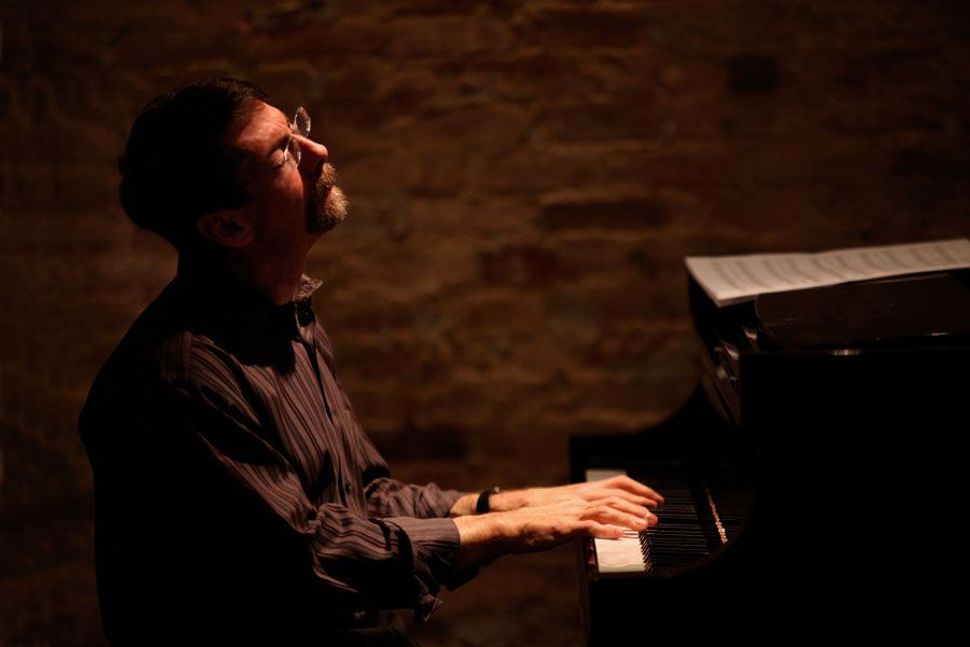 Inside the Village Vanguard in Manhattan’s West Village, photographs of legendary jazz musicians line the dark-green walls. Stage left, above a portrait of a stolid John Coltrane, hangs a shot of the pianist Fred Hersch playing a song, his eyes closed, an intense yet peaceful aura about him. 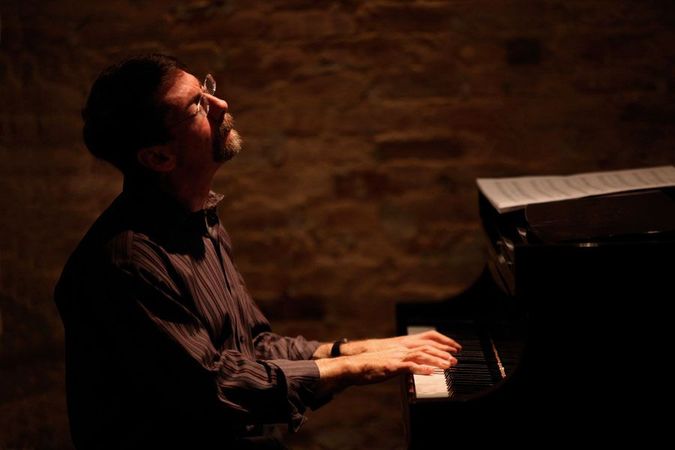 Hersch, 56, is relatively young to have earned his spot on the wall, which features many players who have passed away. But he certainly deserves it. Though perhaps under-appreciated in the wider world of music, Hersch is one of the most respected musicians in jazz, known for his refined style and unapologetic devotion to his craft. That style, however, is easy to miss: Hersch is not outwardly virtuosic; he forgoes showy displays in favor of grace and subtlety and precision.

On September 11, Hersch brought his trio to the Village Vanguard to kick off a week-long run at the club. The band — including Hersch on piano, John Hébert on bass and Eric McPherson on drums — is heralding the release of its new two-disc set, “Alive at the Vanguard,” recorded in February during its last residency there.

It’s a solid album, and the band has only gotten better since the winter. During the trio’s first set on Tuesday, the music was characterized by a quiet intensity — each player contributed an equal amount, creating just the right level of tension.

McPherson, delivering discreet eddies of rhythm, rarely played with regular-sized drumsticks. He used the widest assortment of tools I have seen a drummer handle in one session: paddle-shaped implements, bundled sticks, wire brushes and sticks so thin they looked like conductor’s batons. Each sound counted: Near the end of “Sad Poet,” an elegiac tune Hersch wrote for Antônio Carlos Jobim, McPherson took a quiet-storm solo which gained power from the nuanced precision of his touch.

Hébert’s solos had a similar feel: He plucked the strings of his instrument with refinement, letting the notes fade away in an elegant trail of vibrato. He and Hersch also had a tight connection, playing bass lines in tandem throughout the night.

Hersch wore a vintage-looking, button-down T-shirt, blue slacks and suede bucks with orange shoelaces. His song choices consisted mostly of ballads. He played “Tristesse,” which he wrote for the late drummer Paul Motian, Wayne Shorter’s “Infant Eyes” and a medley that started out beautifully as Jerome Kern’s “The Song Is You” and playfully morphed into Thelonious Monk’s “Played Twice.”

Hersch leaned over his piano as he played, his eyes closed and his hands in perfect control above the keys. He delivered rich chords along with phrases that seemed almost baroque in the way they began in one hand and ended in the other. At one point in “Havana,” his own composition, Hersch leaned his head closely above his right hand, cocking in his ear as he played a line high in the keyboard’s register. It was a small gesture, easy to miss — a stamp of focus.

The Fred Hersch Trio plays at the Village Vanguard through Sunday, September 16.

Watch the Fred Hersch Trio perform at the Village Vanguard in February, 2012: