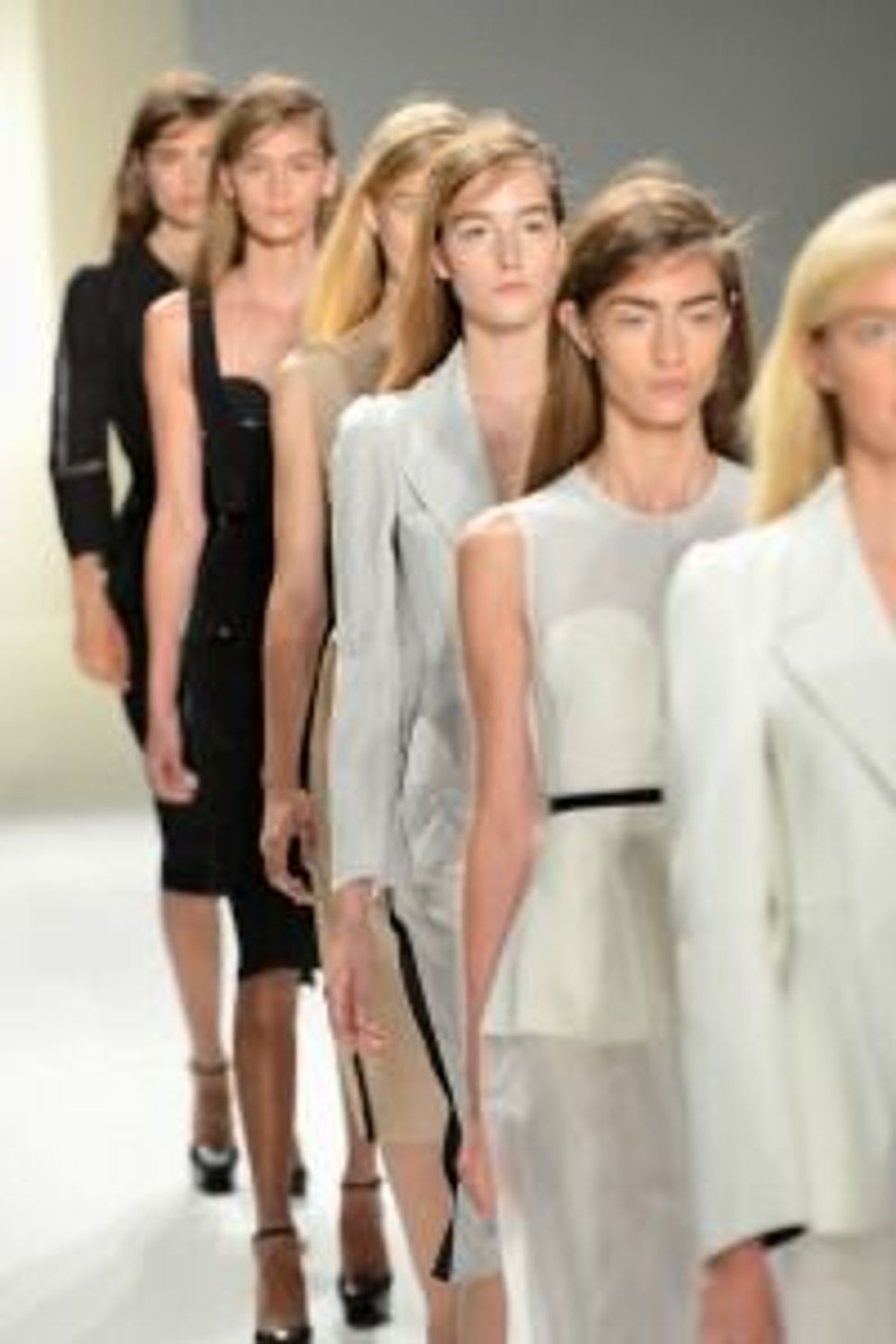 Klein has one of the most recognizable and profitable brands in the world, but he started off with very little. Born in the Bronx to Jewish Hungarian parents, Klein started his fashion line by opening a coat shop in 1968 with his childhood friend, Barry Schwartz. He had some formal training — Klein attended the High School of Art and Design and the Fashion Institute of Technology — but legend has it that Klein’s success began when a buyer from the then-popular department store Bonwit Teller accidentally landed in his workroom and placed a $50,000 order. Now, Klein has a lucrative company that designs eye wear, fragrances, jeans, lingerie and underwear, on top of its women’s and men’s clothing lines.

Klein has succeeded by making mundane clothing, such blue jeans and underwear, sexy. It’s hard to forget Klein’s ads, which show stunning men and women posing seductively in only underwear or jeans.

Klein’s show last week did not disappoint. One woman wore a nude-colored sparkle dress that fit her so perfectly it was as if she were covered in glitter. Another showed off a soft pink ball gown that Cinderella could have worn to meet Prince Charming. There were more casual looks, too: women wore short white dresses, tailored suits and yellow sun dresses.