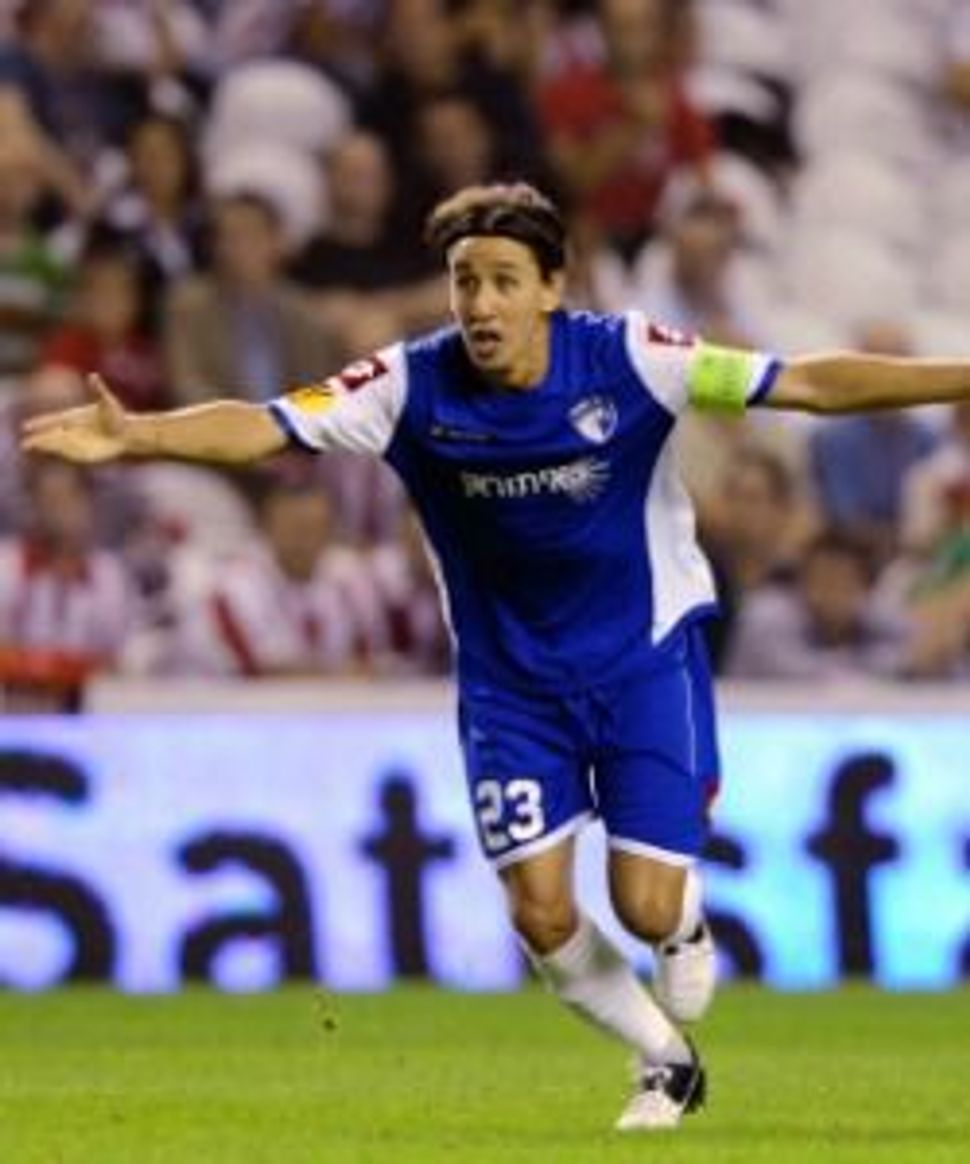 With a population of just over 23,000, the northern Israeli city of Kiryat Shmona doesn’t often get a chance to stand out on the map of Israel. On Thursday, however, the city’s Israeli Premier League soccer club took a big step towards putting its hometown on the map in Europe.

After a long bid towards qualifying for the UEFA Champions League group stage fell just short this summer, Kiryat Shmona opened play Thursday in the second-tier UEFA Europa League, playing to a 1-1 away draw with Spanish club Athletic Bilboa.

Kiryat Shmona is one of two Israeli clubs in the Europa League group stage, joined by Hapoel Tel Aviv. Hapoel, known as “The Workers,” opened up Europa League play at home on Thursday against the defending champions, Atlético Madrid, dropping a 3-0 decision at Bloomfield Stadium.

Despite the mixed results, one can argue that competing in Europe in and of itself represents a win.

Of course, it doesn’t take a geography major to point out that Israel isn’t actually in Europe. However, after the Israel Football Association was expelled from the Asian Football Confederation in 1974 – Arab and Muslim nations refused to play Israel – the country was left without a soccer home until the early 90s, when the Union of European Football Associations welcomed Israel as a member.

In a sense, living well may be the best revenge for Israel’s ouster from Asian football. Through competition in the Europa League this year, Israel will welcome clubs from Spain, France, Portugal and the Czech Republic. Hapoel Tel Aviv is in a group with Atlético Madrid, Czech club Viktoria Plzen and Portuguese side Académica, while Hapoel Ironi Kiryat Shmona is grouped with Athletic Bilbao, French power Olympique Lyonnais and Czech club Sparta Prague. On four occasions since Israel became a UEFA member, Israeli clubs have advanced to the group stage of the Champions League, the world’s most prestigious international club competition, and world-famous clubs like Olympique Lyonnais, Italian power Juventus and German club Bayern Munich (last year’s Champions League runner-up) have played in Israel. Maccabi Haifa even bested Manchester United in the group stage of the 2002-03 Champions League, but that match was played in Cyprus, as UEFA had banned international matches in Israel at the time.

Of course, there is a flip side to Israel’s UEFA membership. As a UEFA member, Israel faces a much harder road to the FIFA World Cup than it would in Asia (the country’s football home when it last qualified for the World Cup in 1970). Israel’s national team got a taste of just how hard the road will be last week, when Russia scored a 4-0 victory at Ramat Gan Stadium. After two games, Israel is last in its World Cup qualifying group – which also includes Portugal, Luxembourg, Northern Ireland and Azerbaijan – with a second-place finish or better necessary for having a chance to play in the 2014 World Cup in Rio de Janeiro. Now at 40 years and counting, Israel’s World Cup participation drought begs the question of whether Israel is better off as a member of UEFA or the AFC.

Of course, in the larger sense, Israel would be much better off if officially recognized by its Arab neighbors, which would likely bring a return to the AFC. Until that day comes, however, it’s worth asking whether being part of Europe is actually a plus.