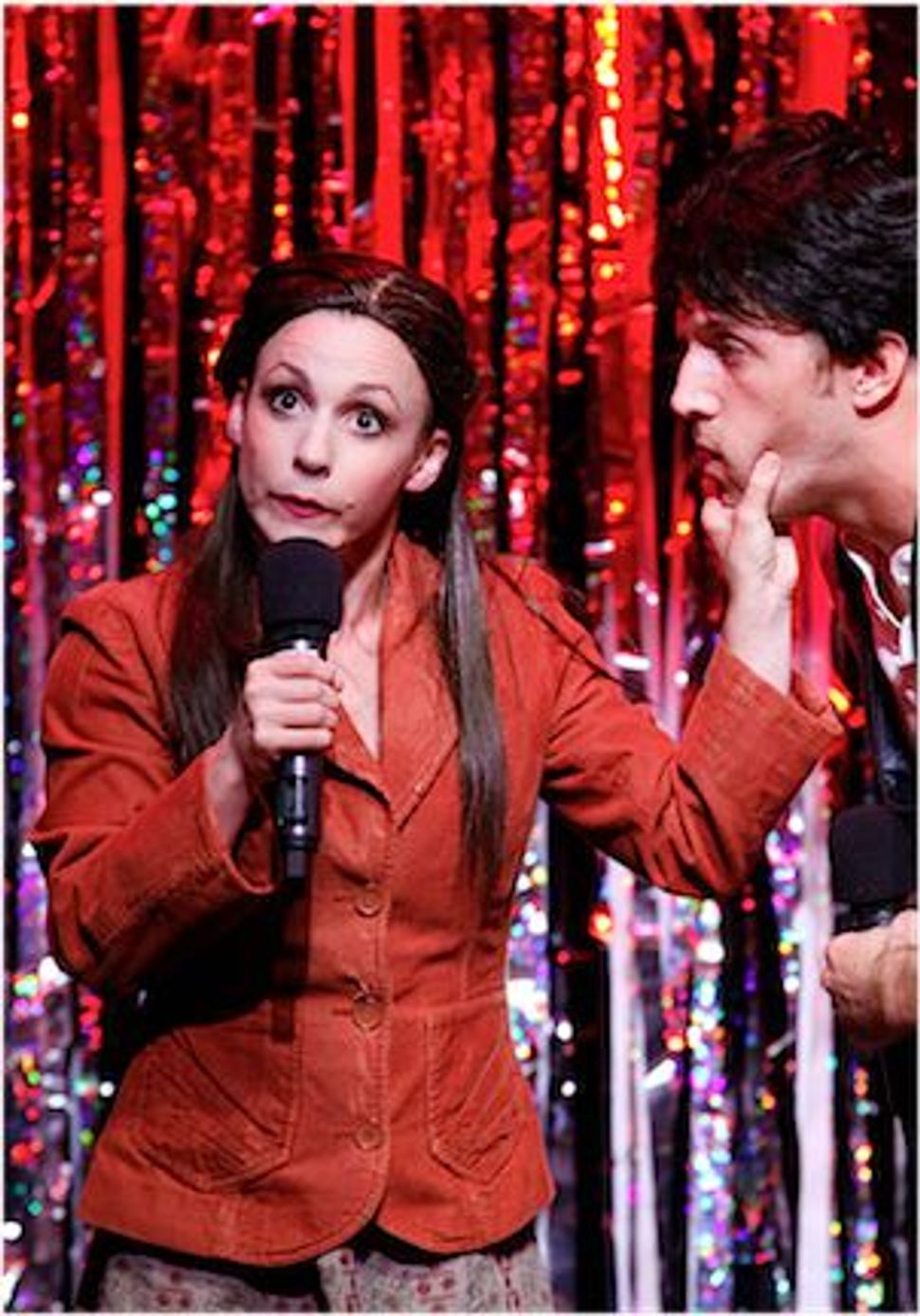 There are two words for all the actors, singers and dancers who believe “theater” is a major art form too important to denigrate: tough luck. 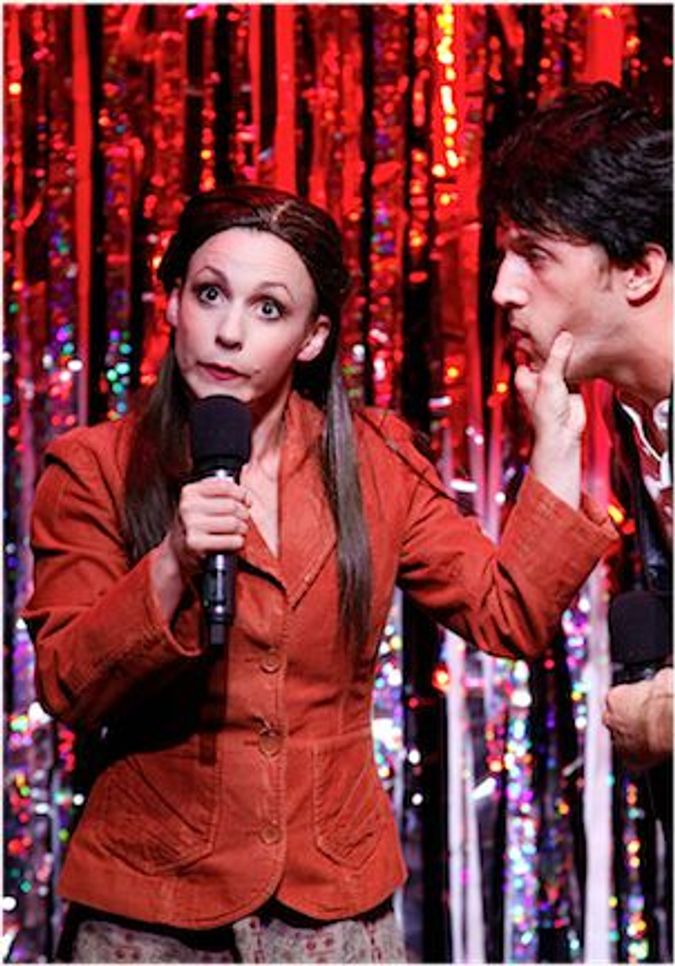 After a three-year hiatus, “Forbidden Broadway” is back to put them in their place. “FB” has become something of an institution on the Great White Way — and on the road, both in the U.S. and overseas.

The latest edition, “Alive and Kicking,” has won universal raves for its creative spoofs of current (“Evita”), recently closed (“Ghost”) and coming productions (Annie). Satiric arrows are aimed at targets so familiar, it’s not even necessary to have seen the show.

Jenny Lee Stern, 34 (“But I’m very petite; that makes me read much younger”), is one of the show’s four cast members. Most of her previous experience is in regional theater productions of Broadway musicals. She spoke to The Arty Semite about her new show, her conversation with Patti LuPone’s lawyer and what “Forbidden Broadway” means for her career.

Curt Schleier: Had you ever seen a previous production of “Forbidden Broadway”?

Jenny Lee Stern: I saw the show a long time, maybe 10 years, ago. I wasn’t that familiar with it, though I knew about it from being in the business. I certainly wasn’t familiar with the process, and it is very interesting to be involved in a show from the ground up rather than come into a show [like a road production of an established play] that’s obviously set. We were all able to create based on what the four of us brought to the table and what our strengths are. It helped make it a very personal show for us.

What does a slot in “Forbidden Broadway” mean career-wise?

Anything you do in the city is always a blessing. We were very humbled by all the favorable reviews we received. You want people to see us. I’ll speak for myself. I’m being showcased. My vocal strengths and my comedy strengths are on display and as an actor trying to get to the next level, I couldn’t ask for anything better.

Have you heard from any of the people you poke fun at?

It’s funny that you say that. We recently did a talkback at the Actor’s Temple and a man came up to me and said, ‘Can I speak to you for a minute’? He said he was Patty LuPone’s lawyer and for a second I started to worry. But then he said, I just want to tell you you’re fabulous and I’m going to insist she sees the show, because your impression is fabulous. A couple of cast members from “Once” came by, but none of the major players. We’re waiting for Mandy [Patinkin] and we’re waiting for Bernadette [Peters].

Tell me a little about your upbringing.

I grew up outside Philly. My dad is 100% Jewish from West Philadelphia and my mother is a shiksa from Jersey. We were definitely down the middle, but always holding onto our Judaism. I always knew I was Jewish, we definitely celebrated all the holidays. I wouldn’t say we were religious, but I definitely spun the dreidel and hunted for the matzah.

How did you get involved in show business?

I started dancing when I was three and had my first taste of musical theater when I started singing with the encouragement of a music teacher. I actually sang at his wedding. I went on to play Annie at the Bucks County Playhouse. At 14, I got an agent in [New York] and started going back and forth. I had a couple of things in the city and a small role in [the film] “Mrs. Winterbourne.” I was in four scenes and they were all cut. After that, you just chase work; I did a lot regionally. That’s life for a New York actor. You move to New York to find work and then you leave it to do things.