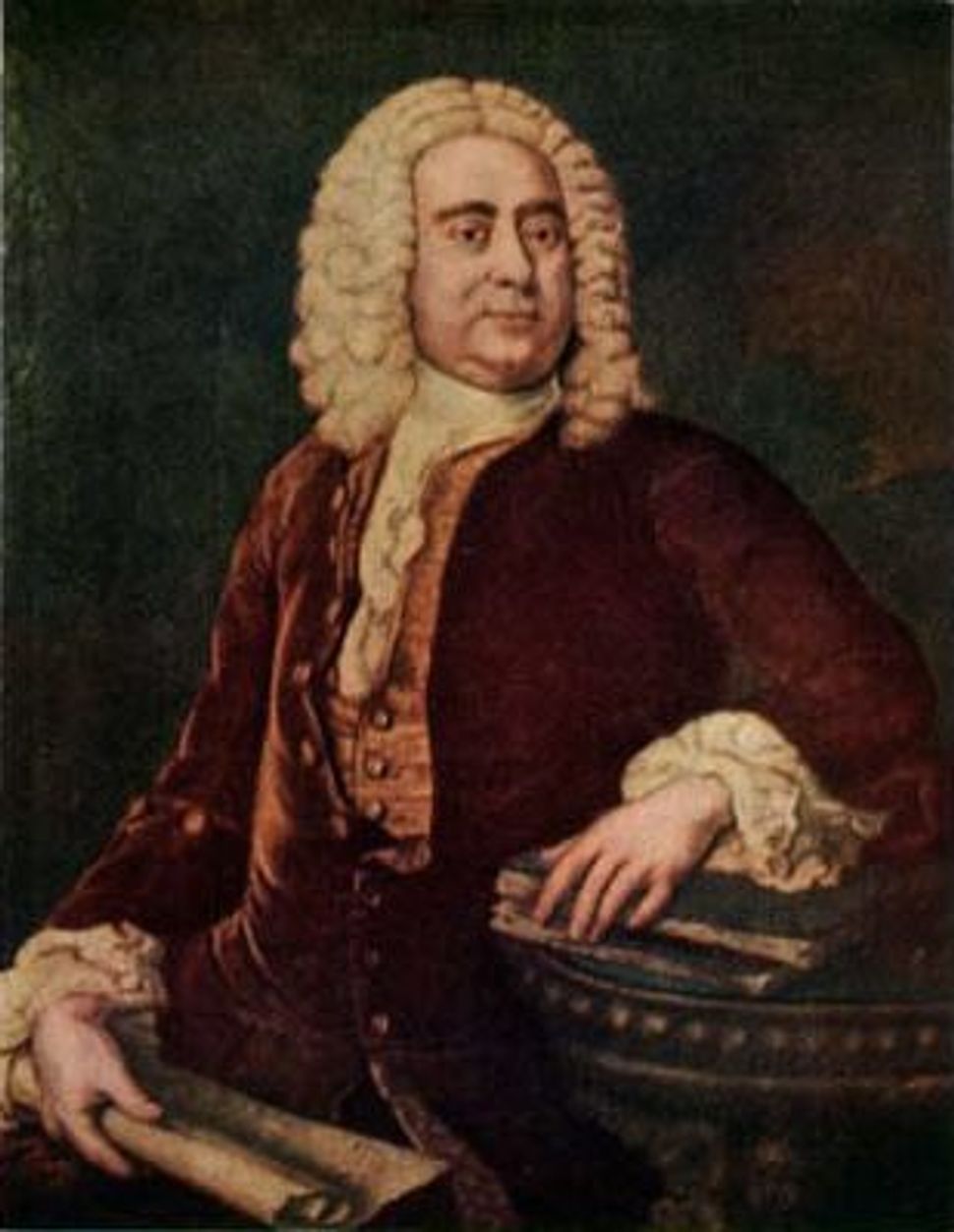 Besides, one need look only to Handel’s borrowings from other composers — once derided as plagiarism or evidence of waning genius — to lay bare the old supersessionist agenda. Take, for instance, “Israel in Egypt” (1739, rev. 1756), recently recorded to splendid effect by Trinity Wall Street (Musica Omnia). Exploring Handel’s extensive use of music from Dionigi Erba’s “Magnificat” in Part III of “Israel in Egypt,” Ellen T. Harris of M.I.T. suggested that Handel had conflated words from Exodus with music that had accompanied Mary’s song of praise in Luke, “deliberately reinterpreting the Old Testament (Moses’ Song) through the New Testament (Mary’s Song), in the manner of a Christian theologian.” So much for Handel as BFF to Am Yisrael.

The attribution is not certain, but Charles Jennens, who later compiled the text for “The Messiah,” is thought to have assembled the libretto for “Israel in Egypt,” which comprises passages from Exodus, Psalms, Lamentations, Job and other Biblical sources. The oratorio was indifferently received at its premiere, possibly because its relative lack of bravura solos failed to please the opera-besotted audiences of the day. When Handel, blind and infirm, revisited the score in 1756, he wrought a new Part I, drawing on his own “Samson” and “Occasional Oratorio.” Trinity Wall Street’s three-CD set includes all the music from both versions of “Israel in Egypt.”

Based at the Episcopal parish where George Washington worshipped after his inauguration, Trinity Choir is one of New York’s most active and illustrious musical groups. They give a noble and stirring performance of “Israel in Egypt” under the congregation’s director of music, Julian Wachner. Of exceptional merit is their account of Part II (“Exodus”). From the dark, menacing fugue that tells of the plague of blood (“They loathed to drink of the river”), to the jaunty air (delightfully sung by John Bohl) narrating the plague of frogs, and on to the hushed, awestruck final chorus (“And Israel saw that great work”), the Trinity choristers’ singing builds in fervor and intensity, fusing sterling musicianship with vibrancy of utterance.

Part I of the 1739 version of “Israel in Egypt” depicts the “Lamentation of the Israelites for the death of Joseph.” The Trinity Baroque Orchestra’s playing is gravely beautiful in Handel’s desolate symphony and evokes sobs and wails of pain in the monumental opening chorus, “The sons of Israel do mourn.” The 1756 oratorio, instead, opens on a confident note, with songs of praise (“Your harps and cymbals sound”), rapture (“When the sun o’er yonder hills,” a graceful solo by Jolle Greenleaf), and consolation (“The Lord hath given strength unto his people,” sublimely sung by the Trinity forces).

Incidentally, one of the earliest surviving recordings of music is a snippet from “Israel in Egypt” (“Moses and the children of Israel”), captured in 1888 on a paraffin cylinder at the Crystal Palace in London and said to be sung by some 4,000 voices. You can listen to it at Wikipedia. But to hear Handel’s oratorio in its full musical splendor, whatever its shady theological underpinnings, do turn to the magnificent new recording by Trinity Wall Street.