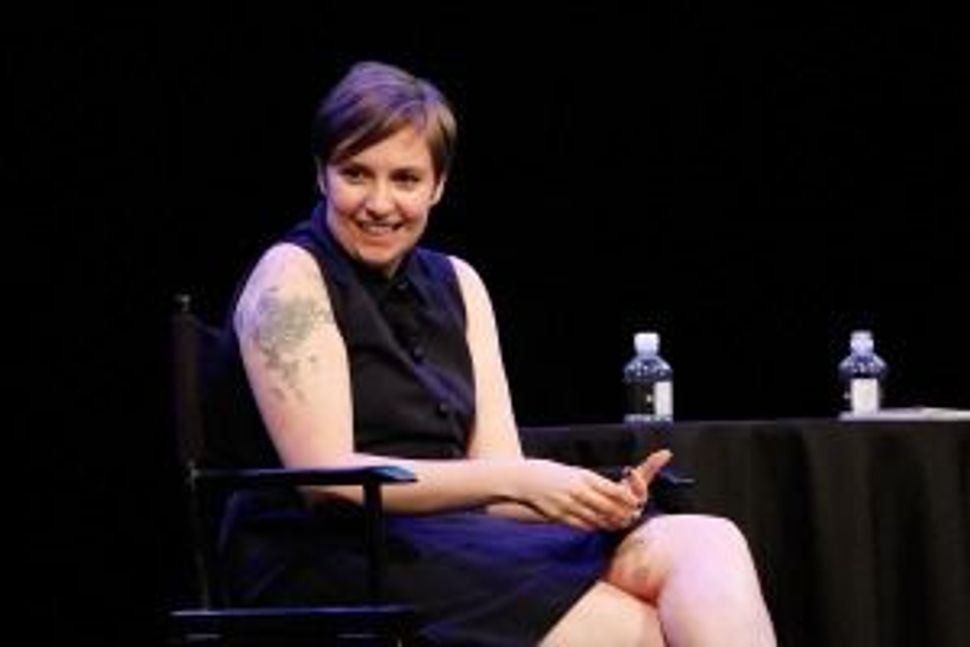 Lena Dunham and the $3.5 million she is commanding for her first book were everywhere yesterday. As soon as the deal with Random House was announced, Dunham was almost apologizing for it, and more than a few commentators were speculating as to how her advice could possibly be worth so much.

Paparazzi caught Andrew Garfield and girlfriend Emma Stone heading in and out of Book Soup in L.A.

It’s hardly surprising that hot on the heels of Esquire’s announcement that Mila Kunis is the Sexiest Woman Alive, comes news that she has been suggested for the role of Anastasia Steele in the upcoming film version of “Fifty Shades of Grey.”

In the wake of all the celebrity wedding news of late comes word that Rhea Perlman, 64, and Danny DeVito, 67, are separating after 30 years of marriage. They are the parents to a son and two daughters, all in their 20’s.

London’s Tate Modern was briefly closed on Sunday when the 1958 “Black on Maroon” mural by Mark Rothko was vandalized. Russian artist Vladimir Umanets proudly took responsibility for writing “Vladimir Umanets, a potential piece of yellowism” in black in the corner of the painting. Umanets said he expected to be arrested, but claimed that his graffiti will make the artwork even more valuable.

Barbara Walters appears to be taking sides in the blow up between American Idol judges Mariah Carey and Nicki Minaj. Walters apparently hurried to give Carey a chance to explain her side of things on The View, while she hasn’t extended the same courtesy to Minaj. Walters (and everyone who works for her) seems to have inexplicably lost Minaj’s contact info.

It looks like Israel has its own version of Lindsay Lohan or Amanda Bynes. An unnamed famous model and reality TV star was busted for a DUI offense in Tel Aviv.

Raising taxes on New York’s uber-rich? Outgoing New York Mayor Michael Bloomberg thinks it’s a bad idea. All the mayoral candidates for 2013 are in favor of some kind of tax hike for the city’s wealthiest, but according to Bloomberg it “is about as dumb a policy as I can think of.” If you follow Big Apple politics, then you’ll know hizzoner didn’t always think so.