A Swedish Tale of Self-Discovery 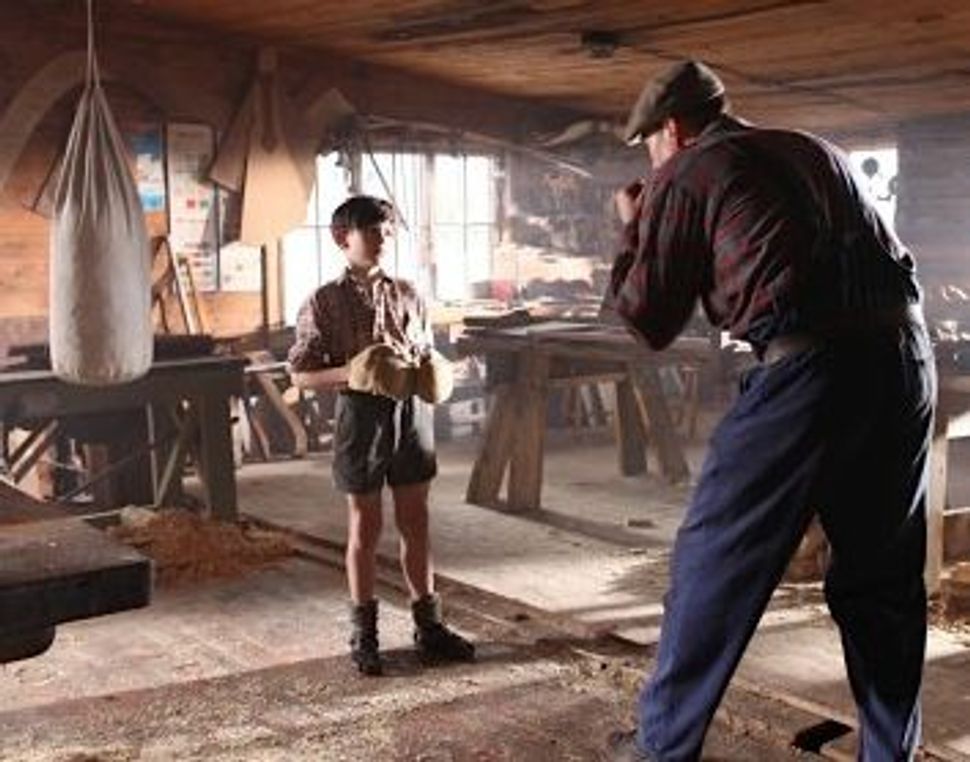 Image by Courtesy of The Film Arcade

There’s a reason “Simon and the Oaks” runs a very long 122 minutes. Although it is an intimate coming-of-age story, it is also an epic drama deserving the necessary time to unfold. Moreover, the 2011 Swedish Holocaust film, based on the internationally bestselling novel by the late Marianne Fredriksson and opening in New York October 12 and in Los Angeles October 19, is also a thoughtful contemplation on identity. It’s a lot of balls to keep in the air, but director Lisa Ohlin deftly weaves these threads together into a work whose writing, acting and cinematography are all equally captivating. 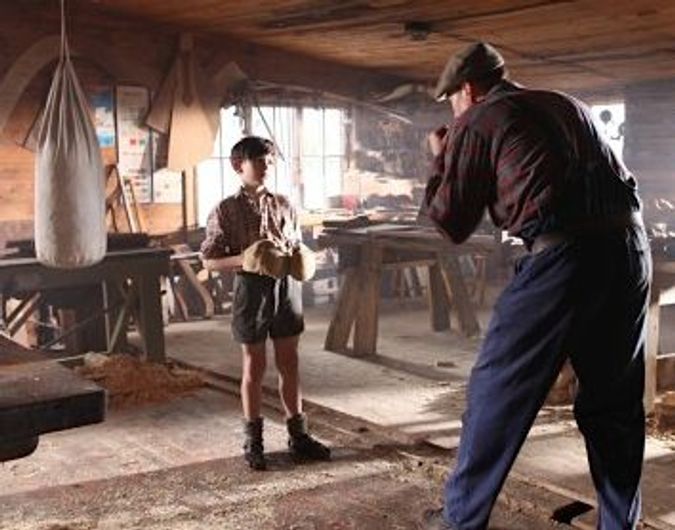 Image by Courtesy of The Film Arcade

As the film begins we meet the eponymous Simon, a sensitive and intellectually inclined only child in a working class family outside Gothenburg, who feels he doesn’t quite fit in. It is 1939, and he defies his father Erik’s wishes by enrolling in a grammar school in the city catering to the children of middle class professionals. There, he meets and befriends a German-Jewish boy named Isak (who has escaped the Nazi regime with his bookseller father and mentally unstable mother), defending him from bullies’ anti-Semitic taunts.

As World War II breaks out and horrific circumstances in Isak’s home make it impossible for him to continue living there, he moves in with Simon’s family. From that point on, the two families become one. While Isak’s mother is in a sanatorium, his father Ruben regularly visits Erik, his wife Karin, and the boys, bringing with him gifts and food. Eventually, Erik and Rubin go into the shipbuilding business together.

When Simon demonstrates a proclivity for music, it is Ruben who arranges piano lessons and takes him to concerts. Simon’s musicality and love of book learning, along with a letter belonging to Erik’s simpleton sister that Karin adamantly wants burned, hint that the family is hiding something about — and from — the boy.

It is not hard to figure out that this secret is that Simon is Jewish. He is not Karin and Erik’s biological child, but Erik’s sister’s son, whom Karin and Erik adopted as an infant. Simon’s biological father was a German-Jewish violinist and music teacher who had returned to his country.

With the ever-present worry that Sweden will lose its neutrality, Karin is afraid that Simon is not safe from the Nazis. But with the country managing to stay out of the war, life remains relatively normal for the closely aligned families — except for Erik’s military service, which takes him away from home for long stretches.

It is from the end of the war through to 1952, as the role of Simon is taken over by 22-year-old actor Bill Skarsgård (son of famed Swedish actor Stellan Skarsgård and one of Europe’s best young actors), that the dramatic tension rises. Beyond the usual turmoil of young adulthood, Simon is challenged by his mother’s illness, the revelation of his true origins, and the frightening work of integrating the devastating legacy of the Holocaust with his newfound identity.

“Simon and the Oaks” has been screened at the Berlin, Palm Springs, and Seattle film festivals, and it received a record 13 nominations for Sweden’s 2012 Guldbagge Awards (the Swedish Oscars), winning two. It is not yet in wide release, so consider yourself fortunate if you have the chance to see it at New York’s Paris Theater or at The Landmark in L.A.

Watch the trailer for ‘Simon and the Oaks’:

A Swedish Tale of Self-Discovery