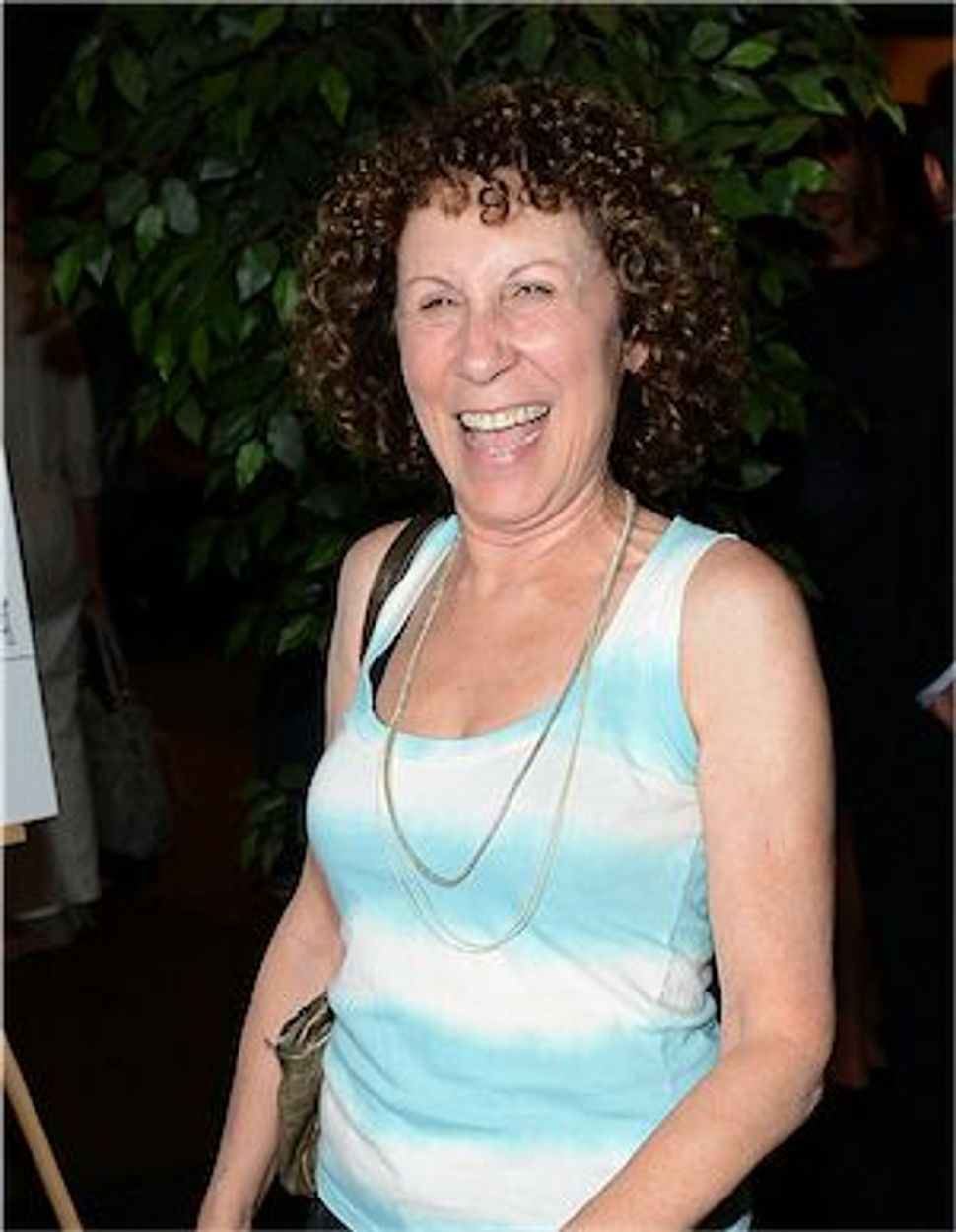 Yesterday, all eyes were on the newly blond Natalie Portman. More precisely, they were on her exposed midriff and super-toned abs. Just about every gossip outlet was carrying photos of Portman dressed in a short jeans skirt and stomach-baring pink top on the Austin, Texas set of the new Terrence Malick movie in which she stars with actor Michael Fassbender.

In case anyone was still in doubt that Rhea Perlman is really separated from her husband of 30 years, Danny DeVito, she made it perfectly clear by stepping out sans wedding ring.

Tori Spelling introduced her new son, and fourth child, on the cover of Us Weekly. She also revealed that she suffered from a condition called placenta previa while pregnant with little Finn. “We almost didn’t make it,” Spelling said, about the dangers faced by both her and the unborn baby. The actress mentioned that the condition was attributed, in part, to the fact that she became pregnant with Finn only one month after having her third child, Hattie.

Another new mother, Sarah Michelle Gellar, was spotted out in public for the first time since giving birth to her son. She was with her 3-year-old daughter Charlotte, and both of them were wearing skinny jeans. However, their footwear differed — Charlotte was sporting hi-top sneakers, while her mom had on some seriously high-heeled snakeskin boots.

Olympic gymnastics champ Aly Raisman has signed an endorsement deal with Pandora Jewelry. Are we surprised? Not at all. She’s already shown us that she likes to wear gold.

Alicia Silverstone enjoyed last weekend by watching master illusionist David Blaine get electrocuted for hours on end as part of his latest stunt, “Electrified: One Million Volts Always On” at Pier 54 in New York.

Alan Arkin, whose character in Ben Affleck’s “Argo” has the best line of the movie, agreed to a sit down with Vulture by phone from his home in Santa Fe.

And speaking of Ben Affleck…He has told The Hollywood reporter that he remains on good terms and keeps in touch with his former girlfriends, one of them being Gwyneth Paltrow, whom he dated from 1997 to 2000.

Paul Rudd, who plays a born-again Christian in his new Broadway play, “Grace,” reminisced about growing up Jewish in the Bible Belt, and about DJing at bar and bat mitzvahs while in acting school —something Forward readers already know all about.

Joan Rivers enjoyed some face-to-face time with Israeli-born fashion designer Elie Tahari. We can thank Tahari for his highly wearable latest line, and also for inventing the classic, but less than classy, warm-weather fashion item known as the “tubetop.”

Sarah Jessica Parker doesn’t quite have Carrie Bradshaw’s fabulous fashion sense in this recent photo showing her jumping over a puddle. But her aversion to getting splashed was certainly reminiscent of SITC.

New York Mayor Michael Bloomberg was on the other side of the pond on Tuesday, where he was sighted with architect Zaha Hadid at a special preview of London’s Frieze Masters art fair.

Monica Lewinsky, who is writing a tell-all memoir about her affair with former President Bill Clinton, ate out with friends the other night at “21,” the celebrated Midtown Manhattan restaurant. Where was she seated? Under a replica of Air Force One donated to the eatery by Clinton himself. We won’t reprint the bawdy Page Six headline for this one.

Esquire’s Sexiest Woman Alive is apparently a football fan. Mila Kunis was seen — but not photographed — at a New York Jets game on Monday night, where she and main squeeze Ashton Kutcher got the VIP treatment.

And if you can stand to read one more item about Lena Dunham’s whopping $3.7 million book deal, we recommend this interesting piece by Jason Pinter over at HuffPo explaining the math behind the advance. We’re still talking about a whole lot of moolah, but it turns out the amount isn’t quite as outrageous as we thought.