The Vanishing Synagogue Bulletin Board 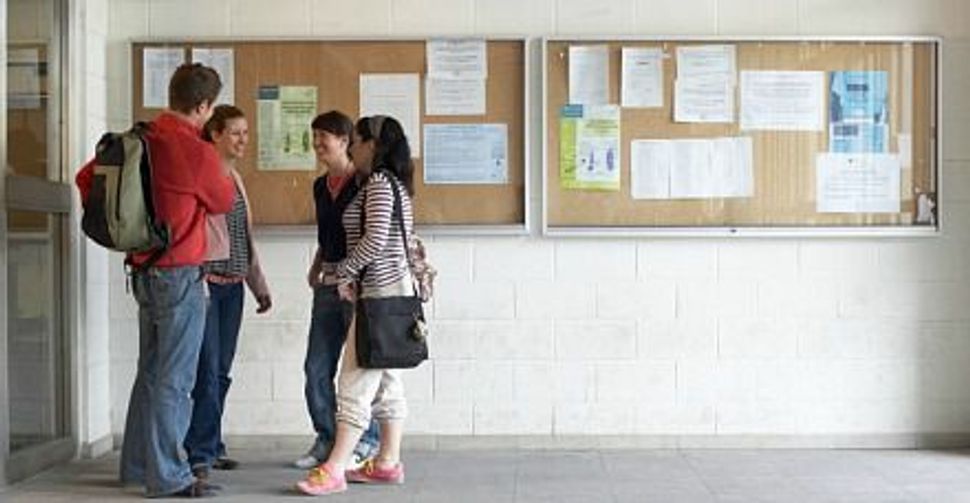 The recent volley of Jewish holidays — so rich in activity — didn’t leave much room for thinking about absence. What with a seemingly non-stop round of marketing, cooking, eating and shul-going, the opportunity to take note – and stock – of something missing all too easily got lost in the festive shuffle.

But now that things have resumed their normal course, it’s hard for me to think of anything else, from the absence of the occasional worshipper who would pop in and out of the sanctuary just in time for yizkor to the disappearance of the synagogue bulletin board.

My Forward column acknowledges and, in its own way, salutes the former. Here I’d like to give the latter its due.

For years, well before emails and other forms of digital communications colonized the contemporary Jewish world, congregants and passers-by alike would know what was going on within their local synagogue simply by glancing at an exterior bulletin board. Whether bolted to the ground or fixed to an outside wall, this metal-framed object — close kin to a movie marquee — featured such critical tidbits of information as the names of the presiding clergy and the times when services were being held. It also announced a forthcoming bar or bat mitzvah or a special Kiddush.

This information was usually conveyed through a series of white letters against a black ground. Simple as it sounds, it took some doing to make sure that the letters hung straight rather than drooped. But whose doing was it? The synagogue’s all-purpose handyman? Or did the weekly task of arranging the letters in an orderly fashion fall to the shamash or sexton, himself a vanishing breed? I never did manage to find out.

All I know is that in my neighborhood the exterior bulletin board has gone the way of so many other forms of vernacular architecture. True, the corner which it once anchored is now a more open and inviting space. And, yes, the digitization of the weekly schedule is not without its pleasures and conveniences.

Still, I’ll miss this informational device, even though I, like so many others, probably never gave it more than a passing look, much less a second thought. The synagogue bulletin board represents just one more in a long line of objects that once rendered the American synagogue a distinctive presence.

The Vanishing Synagogue Bulletin Board