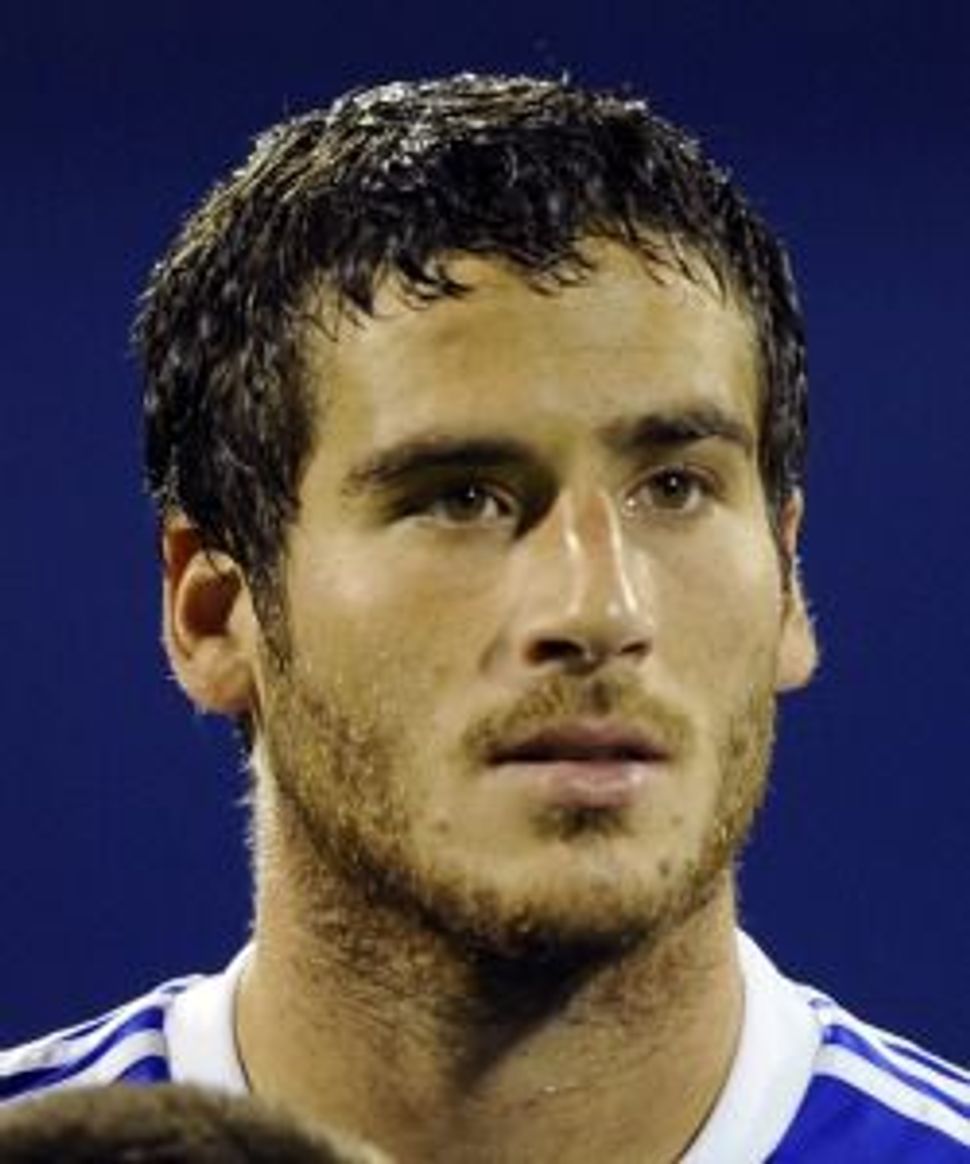 A new Israeli soccer star is on the rise.

Tomer Hemed turned Israel’s recent World Cup qualifying games against Luxembourg into his own personal coming out party. The 25-year-old striker scored a hat trick in Israel’s 6-0 win in Luxembourg City last Friday, and then followed it up with two more goals in a 3-0 win on Tuesday at Ramat Gan Stadium. The lopsided wins allowed Israel to move into a second-place tie with Portugal in the six-team qualifying group, with Israel having the edge on goal differential.

Of course, if it were just a matter of whipping up on one of Europe’s soccer minnows – Luxembourg is the lowest seed in Israel’s group, and the fourth-lowest seed in Europe – then Hemed’s heroics wouldn’t mean all that much. As it happens, however, the Haifa native’s star turn comes in the midst of a breakout season in Spain, where Hemed is in his second season with Mallorca.

In seven games so far this season, Hemed has five goals and an assist for Mallorca, which currently sits in sixth place out of 20 teams in La Liga with a record of three wins, two draws and two losses. If the season ended today, Mallorca would qualify for the UEFA Europa League for the first time in its history. Moreover, only three players in Spain have scored more goals than Hemed this season, and two of them – Cristiano Ronaldo of Real Madrid and Barcelona star Lionel Messi – run neck and neck in discussions of the world’s best footballer.

Of course, Hemed has a long way to go before he can even think of sharing that rareified air, or even to catch up with fellow Maccabi Haifa product Yossi Benayoun as Israel’s top soccer export. Benayoun played three seasons in La Liga with Racing Santander, scoring 20 goals in three years before moving on to England, where he has 184 career Premier League appearances with West Ham, Liverpool, Chelsea and Arsenal. At 32, Benayoun is having trouble getting playing time this season at West Ham and has been dropped from the national team roster.