Forward! And Away We Go 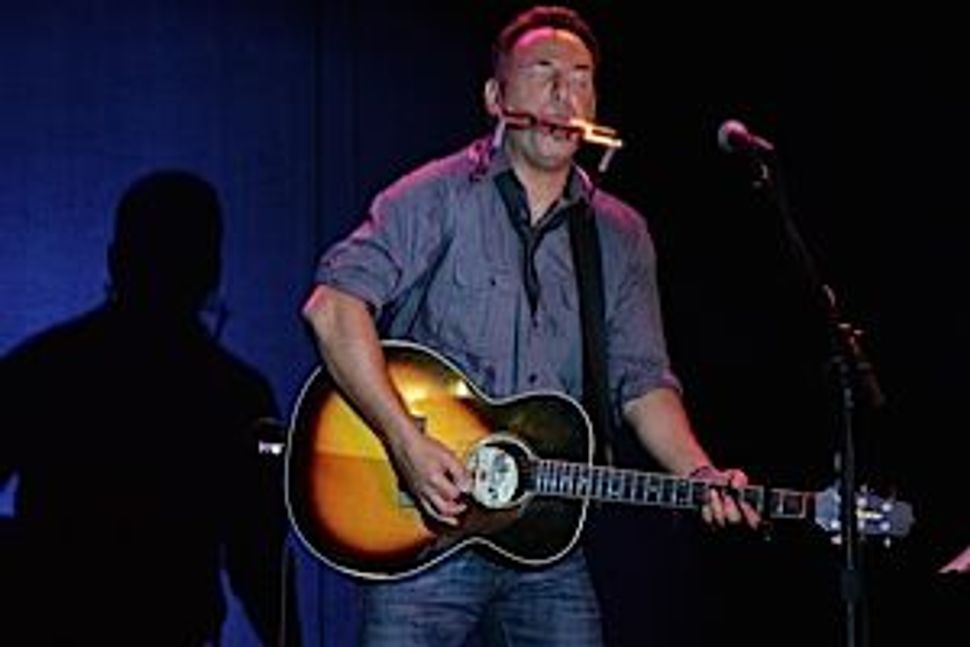 The Boss, aka Bruce Springsteen, performed a song last night that we just can’t get out of our heads. It’s called “Forward, And Away We Go.” According to USA Today, “Springsteen said Obama called him up — we’re not sure whether he was joking — and said he wanted to close the ‘campaign song gap’ with Republican rival Mitt Romney.” So the boss wrote this short ditty. Have a listen and make sure to shout the name of your favorite Jewish newspaper after each stanza — “Forward!”

Watch the video below

Forward! And Away We Go