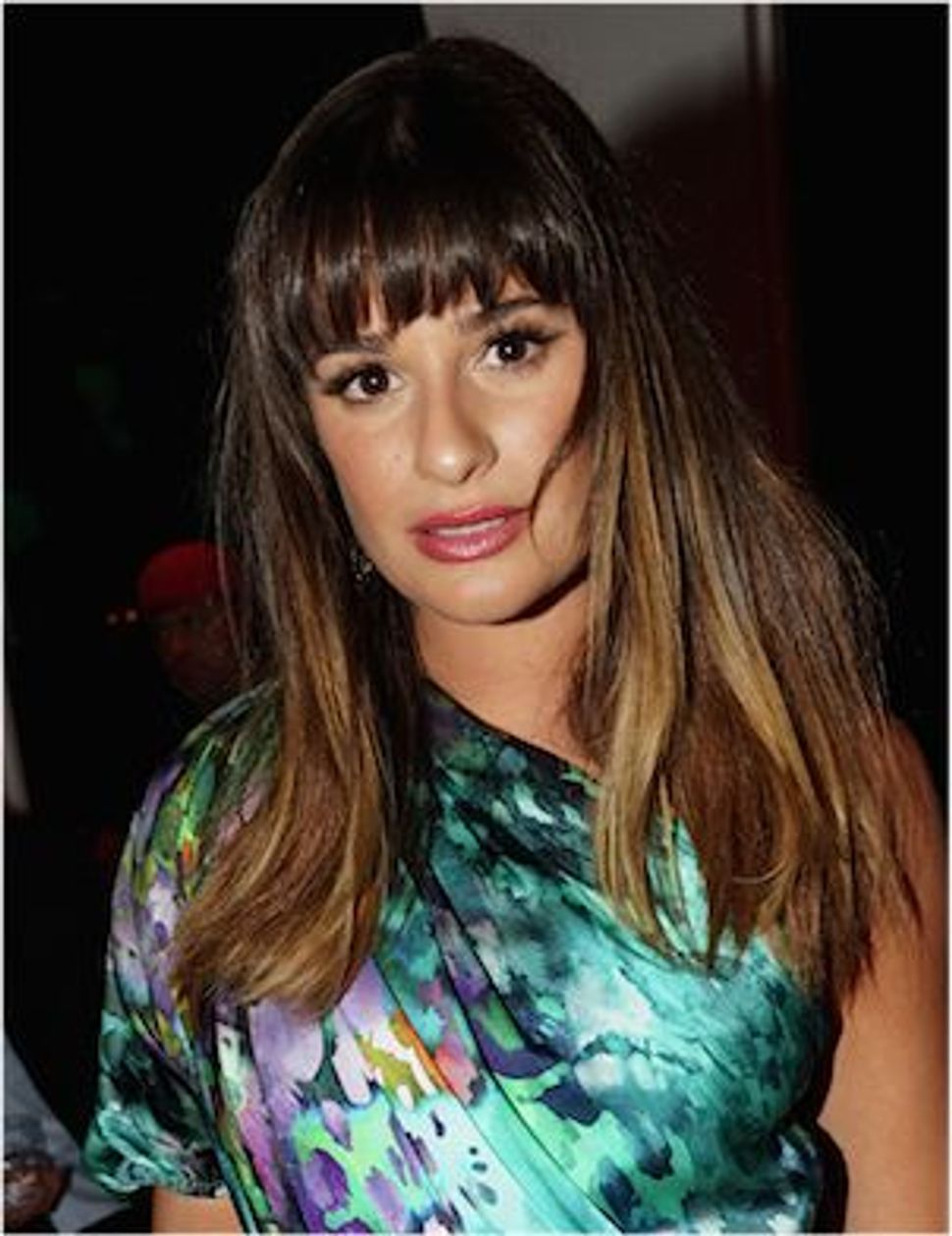 First it was reported that Lea Michele might be pregnant. Then she put the kibosh on the supposed baby bump sighting by tweeting: “My first fake pregnancy rumor! I’ve finally made it!” But it does look like there is at least some truth to conjecture that she and her partner both on and off the screen, Cory Monteith, are planning a vacation in colder climes. 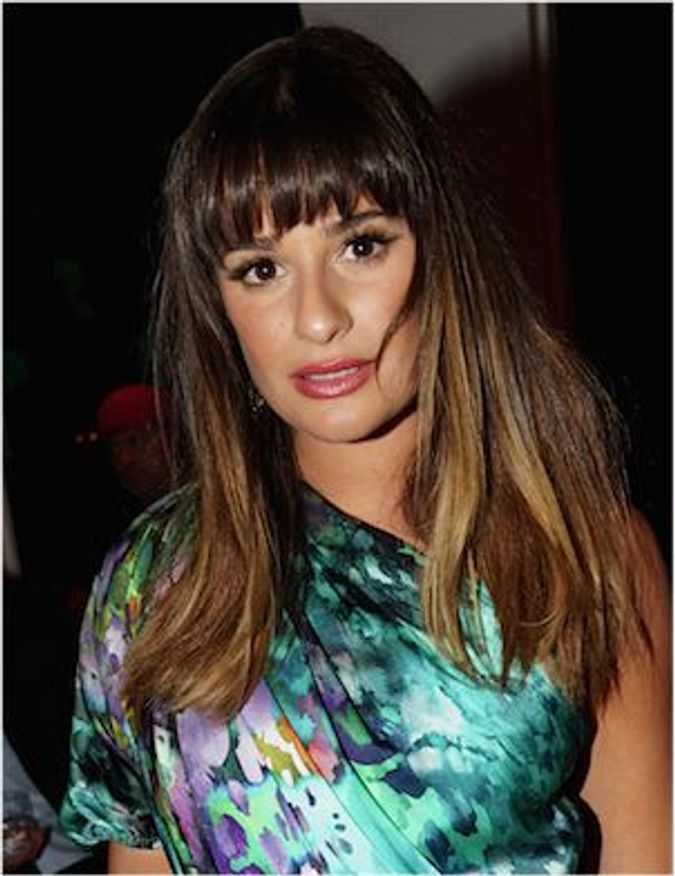 The honeymoon’s over for Anne Hathaway and new hubby Adam Shulman. The couple arrived back in L.A. after their European post-nuptial getaway.

The word on the street is that James Franco, 34, is dating the much younger Ashley Benson, 22, whom he met on the set of “Spring Breakers.” Franco plays an eccentric drug dealer named Alien in the movie.

And while we’re on the subject of young couples in love, we’d be amiss not to mention that Mila Kunis and Ashton Kutcher have switched coasts. After all that PDA in New York, the two were spotted over the weekend getting foot massages together in Studio City, California.

Though they’re not a real couple, Natalie Portman and Michael Fassbender shared some passionate embraces—in a wedding scene in the movie they are shooting together in Austin, Texas.

Watch Alison Brie and Gillian Jacobs have some fun doing a few burlesque-style routines for a GQ video that was filmed last year, but posted only a few days ago.

And here’s another video: it has Sarah Silverman talking about embracing imperfections, her political activism and the fact she can—believe it or not—actually control her mouth. “I’m not filthy 24 hours a day,” she assures us.

Universal is hoping that the song Fiona Apple wrote for Judd Apatow’s new film, “This is Forty,” is going to be an Academy Awards nominee for best original song. The film will be out December 21.

Speaking of songs—remember we told you that George Clooney sang “Sweet Caroline” with Neil Diamond at the Carousel of Hope Ball over the weekend? Just in case you didn’t believe us, here’s the video proof.

Emmy Rossum is set to play opposite Hilary Swank in a new film called, “You’re Not You.” Rossum will play a self-absorbed college student whose life changes when she when she takes a job caring for a woman (Swank) with ALS, or Lou Gehrig’s disease.

Take your pick: Steven Spielberg then or Steven Spielberg now. You can watch newly surfaced vintage video of the director working on the E.T. theme song with John Williams (the film celebrates its 30th anniversary this year). Or you can view some clips of him on 60 Minutes this past Sunday talking about his difficult, yet evolving relationship with his father, and about the bullying and anti-Semitism he experienced while growing up.