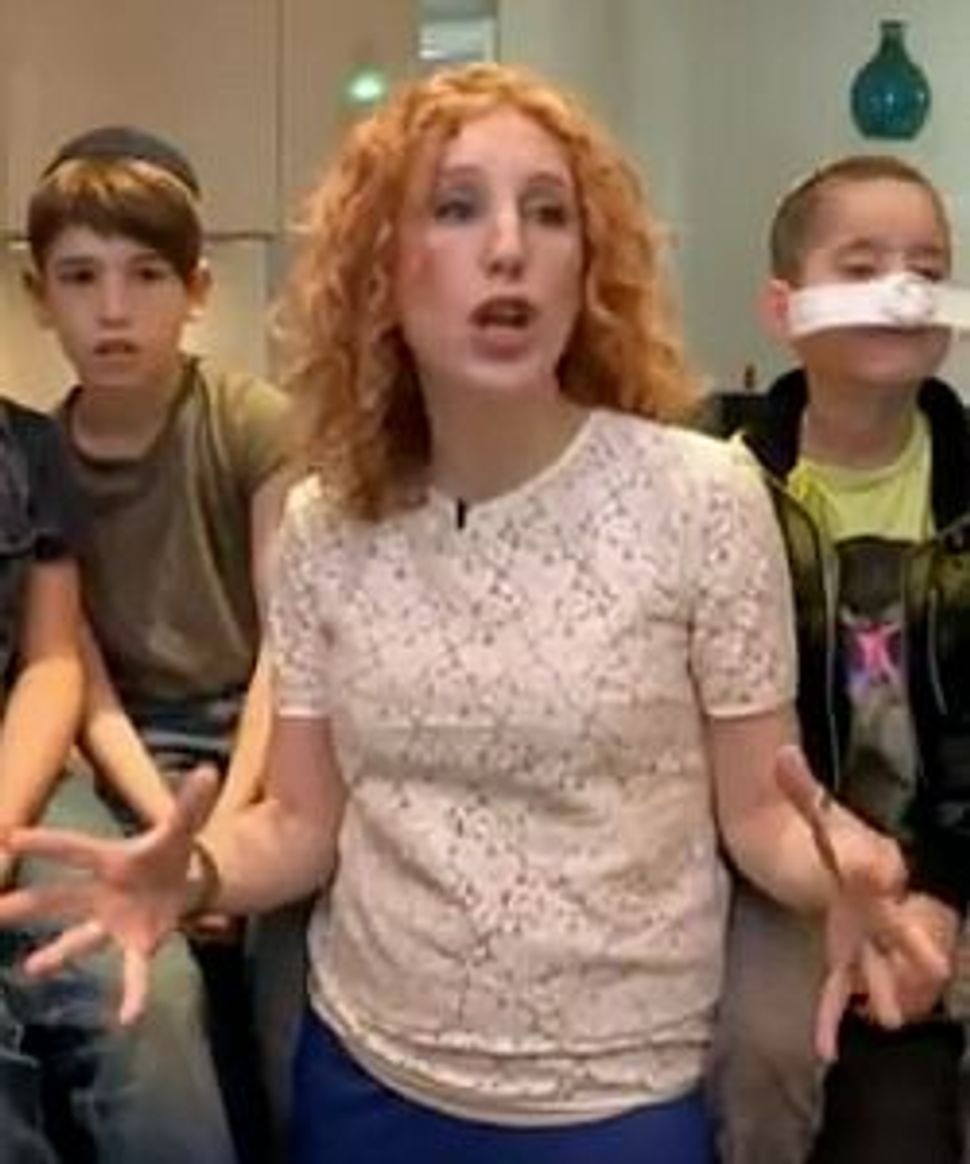 In the Broadway production of Monty Python’s Spamalot, midway through the second act Sir Robin advises King Arthur that “We won’t succeed on Broadway / If you don’t have any Jews.” Starring dancing girls wearing Magen Davids and featuring a Fiddler on the Roof bottle dance parody, the song and the show was wildly successful in New York but not so in London, Sir Robin’s tune described by The Guardian as “a Broadway in-joke that has little purchase this side of the Atlantic.” When the show eventually went on tour in the United Kingdom, “You Won’t Succeed on Broadway” was radically re-written, the focus shifting towards celebrity producers and actors.

That the joke was lost in translation was hardly surprising, given the absence in the U.K. of a strong tradition of either Jews as objects of humour (in a nice way, at least) or the Jewish sensibility as the butt of jokes. The rise of comics like Sacha Baron Cohen and Simon Amstell notwithstanding, the U.K. has never had prominent figures like Woody Allen and Jackie Mason who use Jewishness or stereotypical Jewish traits for comedic effect. Reflecting a desire for homogeneity, British humour has traditionally sought to be universal, compared to the way Jews and other minorities have carved out niches in the multi-ethnic American entertainment scene. That is, until now. A new primetime reality show has, whether they wanted it or not, pushed British Jews into the spotlight, highlighting in particular the old trope of the clingy, bolshy, and neurotic Jewish mother.

The premise of Jewish Mum of the Year (airing now on Channel 4) is a simple one: eight Jewish mothers compete in weekly trials, including organising a successful Bar Mitzvah and making a perfect match, in order to be named Mother of the Year by The Jewish News and become their new agony aunt columnist.

Reaction to the show indicates that the Jewish community very much did not speak this kind of attention. Simon Kelner, former editor of The Independent, called the show “borderline racist”, adding “it embodies the very worst of modern British television”. Actress Maureen Lipman – who herself played a Jewish mum in a series of adverts for British Telecom in the 1980s – said it is “disgusting”, “appalling, “very damaging”, and “the next stage in this culture of humiliation on television”. Former chairman of the BBC Michael Grade opined, “I don’t know what it was supposed to be. They seemed to cram in every cliché in the book.”

It certainly doesn’t help that Jewish Mum is broadcast by the same channel which made My Big Fat Gypsy Wedding, a documentary series which, it was argued, cherry-picked and exaggerated some of the uglier and gaudier aspects of the gypsy and traveller lifestyle. And indeed, the complaints about Jewish Mum are not without grounding. After all, some of the matriarchs appear to come straight out of central casting: Ruth, the Orthodox divorcee; Emma, the lady who lunches; Lesley, who says modern Jewish mums don’t need to cook. These polarised personalities are then deliberately paired for the tasks in order to create friction and thus good television. And then there’s the judges, one of whom is Dovid Katz, Yiddish scholar and human rights activist who has been selected to play some sort of pantomime Jew: heavy accent; thick beard; random smatterings of Hebrew.

Its defenders have gone to great lengths to argue that Jewish Mum celebrates Jewish motherhood and that the show is entertainment, not documentary. On this, despite my initial weariness and scepticism some parts of the show turned out to be pretty funny. At the Bar Mitzvah, tasked with making the all-important cake, Lesley and Tracy elected to use a ‘just add water’ batter and premade buttercream and icing rather than make anything from scratch. Meanwhile, Emma ended up standing on a table at the end of the celebration in order to distribute personalised pairs of ‘Israeli trousers’, screaming as she did so: “NOAH! ELIJAH!” When the time came for the mums to play Yenta, Ruth – who initially seemed irked by the idea that a man might greet a woman with bisous on both cheeks – flirted with and fawned shamelessly over her choice of date for the young lady Nicola, and suffered when it came to the judging as a result.

I am inclined to side with those to question the motives of the show’s producers in all this, but in the end, whatever its merits as television and flaws as representation, the problem for the programme’s makers might not be the reaction from Jews but the country at-large. Whereas My Big Fat Gypsy Wedding was a big fat hit, the first and second episodes of Jewish Mum both came fourth in their timeslot, bringing in 1.4 million viewers, a 6 percent share of the total audience between 9pm and 10pm. I remain slightly curious, the aforementioned cultural differences, to see what an American audience would make of this bizarre British reality show.